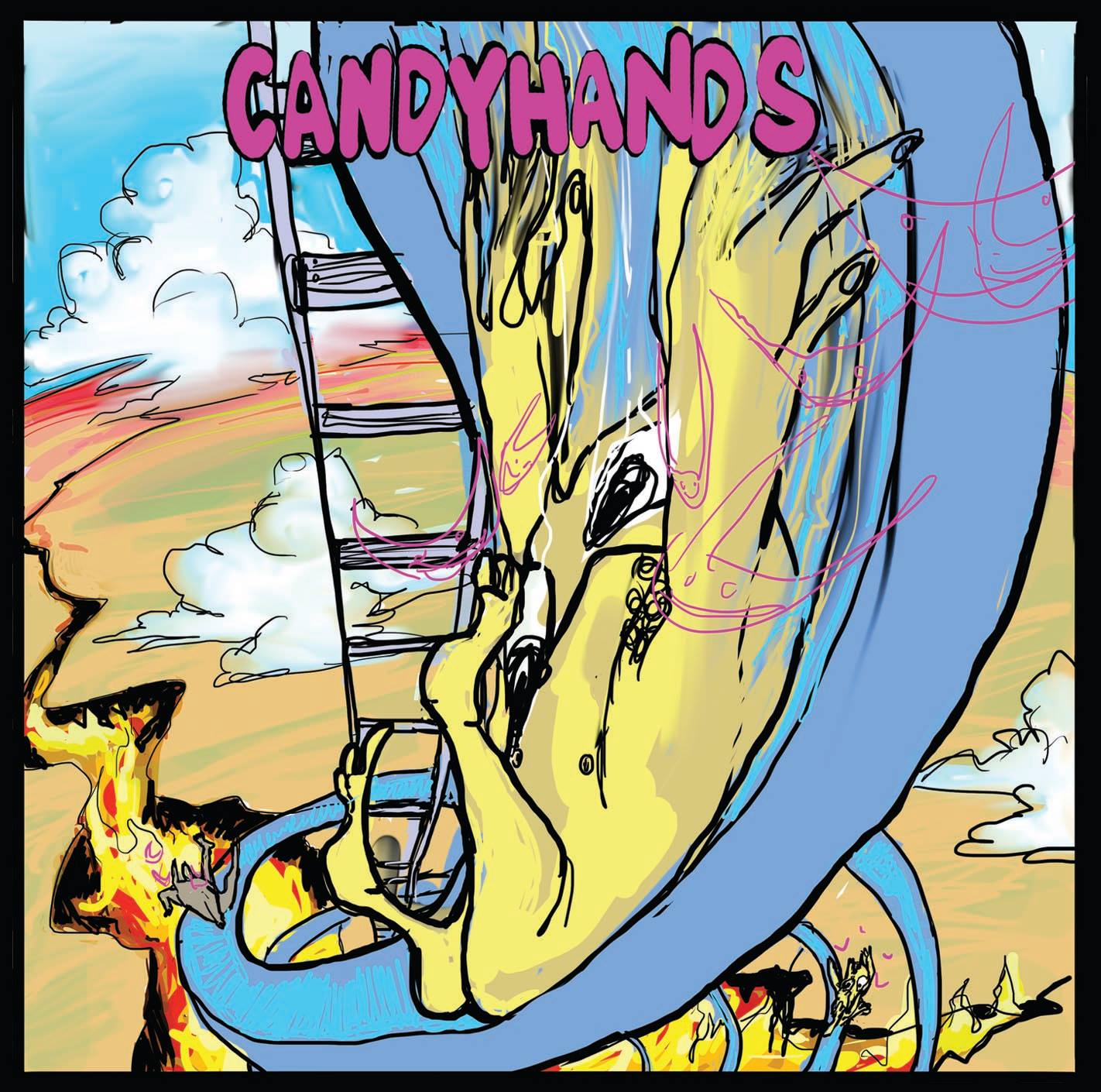 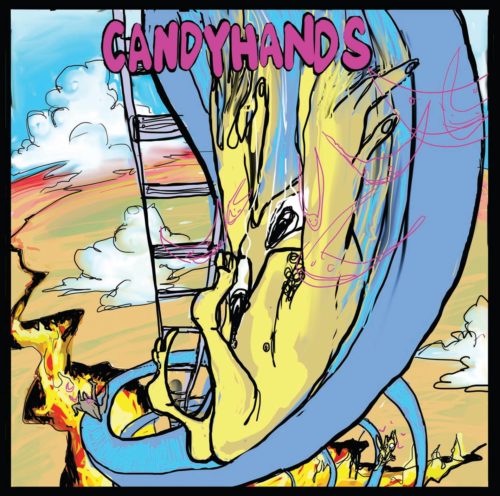 Listening to Fomosurfer’s discography for the first time, I got the impression that he (Silas Price) produced only glitchy, keyboard-laden pop songs for a niche group within the broader indie community. Hence I, a more rock-oriented listener, and a new listener of the Lowell scene in general, tentatively approached his latest release, titled Candyhands, with the idea that I was in for lots of radar noises. I have never been more wrong. What Fomosurfer has given us is a fantastic collection of five guitar-drenched songs that display a harder edge to his music.

What is clear throughout the EP is that Fomosurfer’s preferred instrument this time around is the guitar; better yet, it is of the distorted and fuzz-ridden variety, which swarms the listener in an environment akin to a thick cloud of bees. What he’s great at is manipulating the instrument to fit the song. For example, in “Final Days” it is used to paint an apocalyptic background, rising up and down with the vocals, heightening the feeling of hope overshadowed by a much larger, dark reality. In “Infinite Debt,” it is gradually layered to match the lyrics about his situation concerning an unnamed person and the world in general. By the end, there are three guitars, and combined with the vocals appearing left and right in the soundscape, repeating the words, “infinite debt,” the feeling of frustration is palpable.

The highlights of this album in my opinion are the songs “Animal” and “Mischief.” The former feels like it’s constantly about to burst out of some kind of iron restraint. There are guitars on either side, and they both have a snarling, flanging effect which occasionally bleeds the sound from one side to the other. It doesn’t loosen its grip until the final twenty seconds or so. The chorus, “Ah, the animal in you/Ah, the animal in me,” can’t help but stick in my head, and I never tire of it. The latter evokes doom. The chord progressions, the clever use of a keyboard and the lyrics, “So soon the fire dies and it gets dark/The moon comes out/To where we all come from,” remind me of Joy Division, specifically of the songs off Unknown Pleasures. When I listen to it, I can’t help but picture driving fast towards nowhere on a road engulfed by night.

I believe that anyone interested in rock would love Fomosurfer’s Candyhands. With its distorted guitars, clever production techniques and descriptive lyrics, the EP delivers a great listening experience that stays in the mind long after it’s over. I don’t know what Fomosurfer will deliver in the future, but if it’s anything like this, I will be overjoyed and perhaps deaf from how loud I will play it.