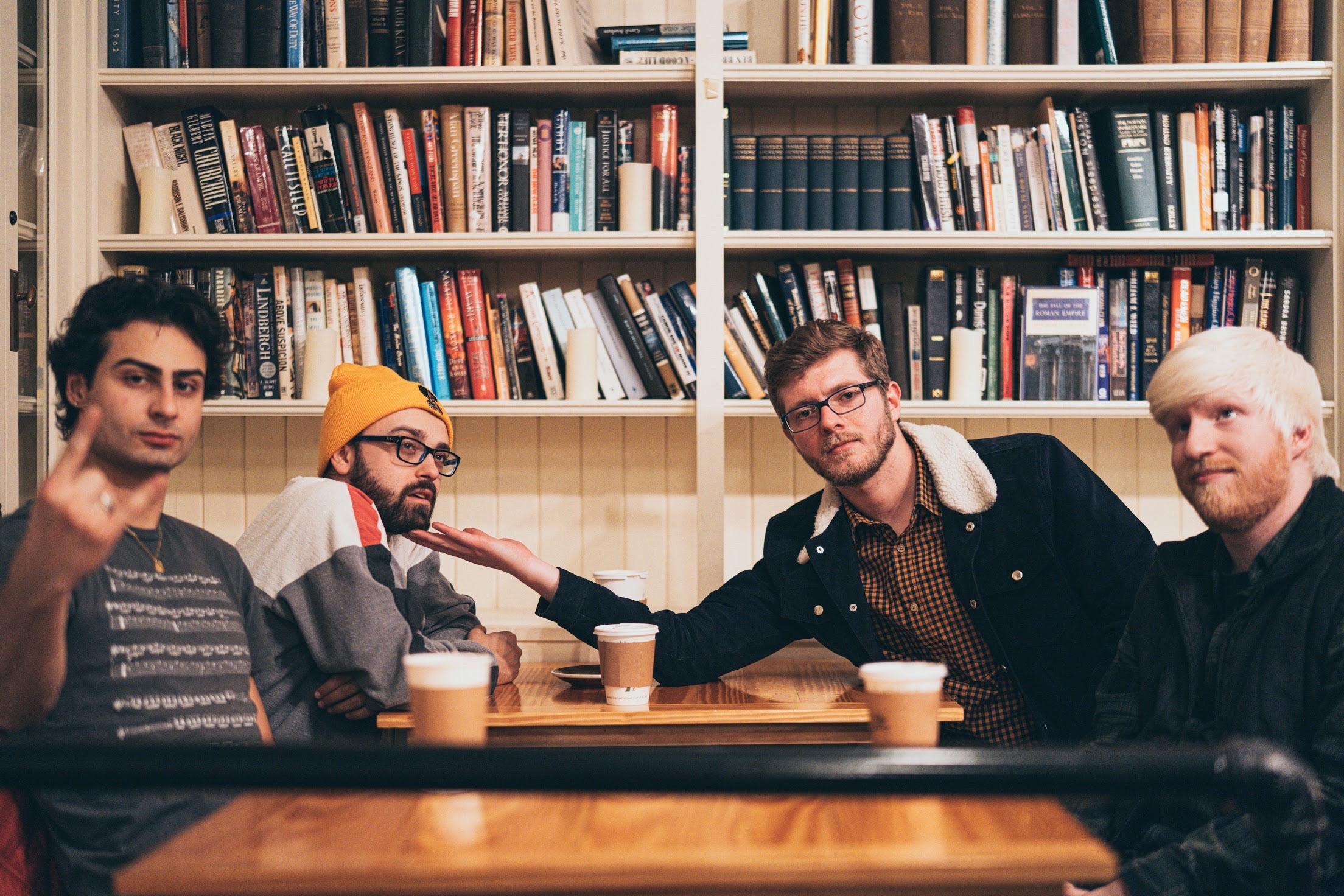 Photo by Jesse Lack
By Phil Cambra
In Features
on September 1, 20203 min read

A little “More” with The Shirts and Shoes

A couple weeks ago I had the pleasure of sitting down with Lowell rockers, The Shirts and Shoes.

We discussed their newest single “More,” how to be a band during a global pandemic, and what they’ve been up to this year …

How would you describe your sound to someone who’s never heard your music?

Tyler: We are basically rock and have been influenced by other sub-genres of rock music. It depends on the day really.

You recently put out your 1st single of 2020 entitled “More.” What was the inspiration for this track?

Tyler: Lyrically the song covers the unhealthy afterthoughts you might have after being hurt or manipulated by a loved one. I feel like a lot of people, (myself included) get into some sort of situation where you are hurt or feeling some kind of way that you don’t want to feel, you become overly calloused, and push those feelings down and bottle them up. And that becomes more detrimental to your mental health than accepting those feelings for what they are. Additionally a lot of the songs on our upcoming record have an ironic or sarcastic tone.

Where did you record “More?” How was the recording process? Did you try anything new?

Alec: We recorded “More” with Jamie Rowe at Woolly Mammoth Sound in Waltham, MA. They have a great studio. We were able to set up the drums in the live room and have the guitars mic’ed up in a separate isolation booth. We laid down the scratch takes as a full band which was easy since we were all in eye sight of each other.

Tyler: The studio had a bunch of gear. Emi used like 5 guitars.

Emiliano: It was great. They had a pony decoration hanging from the wall and had a ton of amps to use.

Eric: It was cool being at a studio especially after coming off of recording Bananas which was recorded in a basement. I got to use a couple different drum kits and some different snares.

Alec: It was great to be able to put all of our focus into the tracking side of the record and get the tones we wanted in the studio. I was able to use an Ampeg SVT head and cab for my bass sound. Having Jamie’s input on how different parts should sound was really beneficial while we were tracking.

Tyler: Jamie was a huge part of the process this time around while recording the record.

How are you trying to stay connected with fans during Covid times?

Eric: It’s so difficult to stay in touch with anyone during these times!

Emiliano: I feel that we’ve been more politically active on Instagram since Covid hit. That’s how we’ve tried to stay connected with our fans.

Do you feel like you’ve had more time to write as a band this year as opposed to years in the past?

Tyler: We’ve been writing loosely but have kept our focus on our upcoming record. We didn’t practice for a couple months either due to Covid.

Alec: We’ve sent a lot of ideas to each other via voice memos.

Tyler: We did some Google hangouts.

Alec: Ya, It’s a good tool for bands. You can’t jam over it though. *all laughs* It has some bad latency.

What do you miss most about live shows?

TS&S: We miss the people. We miss having a good time and being “physically” close to people.

Tyler: I feel like I laugh a lot at Lowell shows. It’s always a big family reunion.

Any new releases coming before the end of the year?

Alec: Still in the works.

Tyler: You ain’t getting nothing out of us. It’s coming.

Eric: It’s BIGGER than all of us! *All laughs*

Who’s an underrated artist from the Greater Lowell Scene that you think deserves more attention?

TS&S: The Natty D’s. We’ve had a close friendship with them. We always have a great time when we play with them or catch one of their shows.

Tyler: Senseless Optimism is fucking dope! Brit’s EP is so sick, it’s dreamy and simple. And she’s got another single coming out soon.

Anything else you would like to chat about today?

Tyler: Quick shout out to Reggie Blanchard for making the album art for our new single “More.” He’s one of the most talented kids I’ve ever seen. He made that art so fast. He did a 2nd graphic for us just because he had so much fun working on the album art. We were able to use that 2nd piece as promo material for its release.