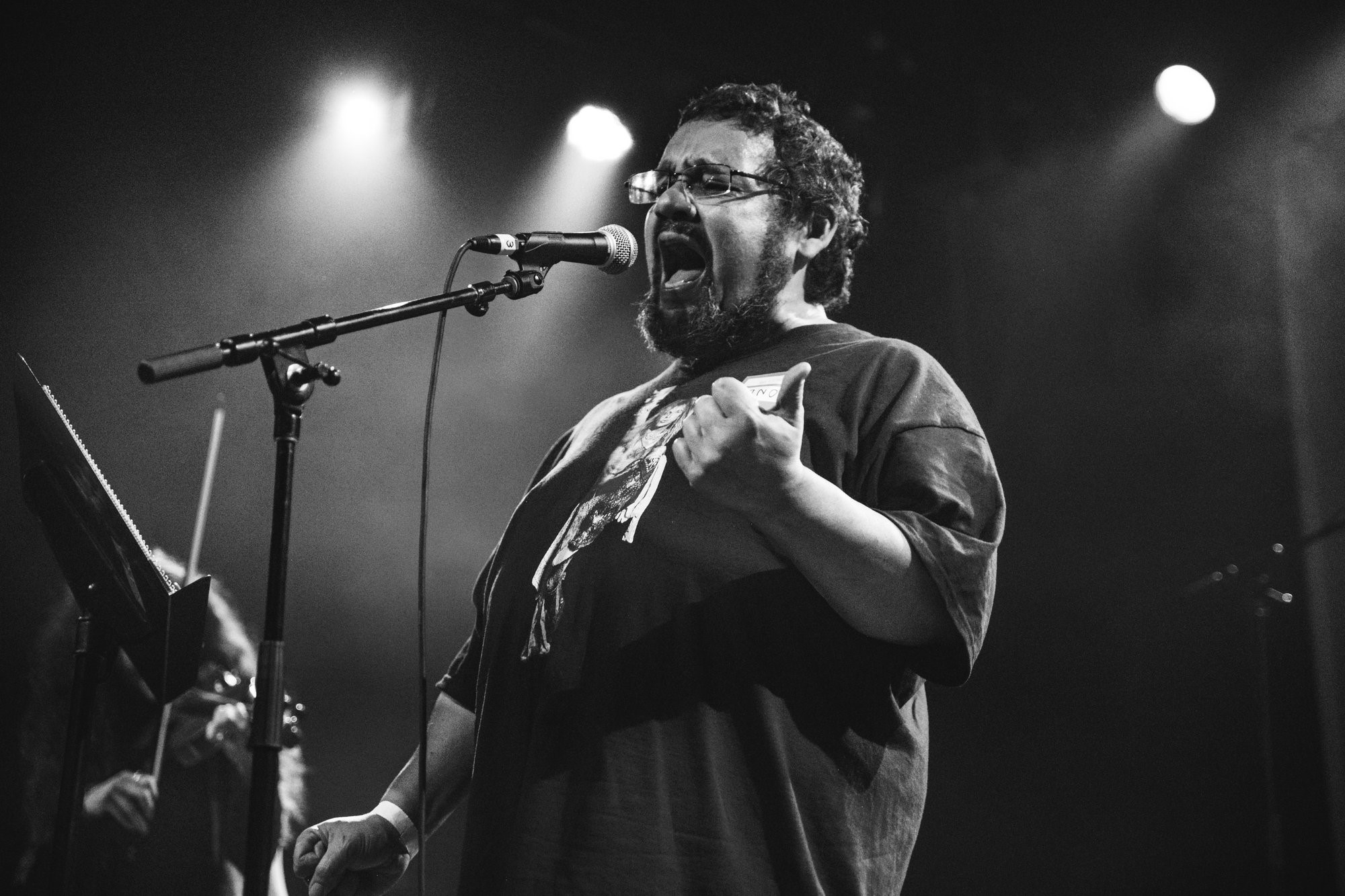 Photo by Adam Parshall
By Lilz Martin
In FeaturesVideos
on August 25, 20201 min read

Near the beginning of the pandemic when people were just looking for things to do and not actively sabotaging our progress, we at The Lowell Spin put out a compilation of free songs from local artists, recorded mid-pandemic. It was a veritable grab-bag of material from a wide range of Mill City artists and groups. From dusty folk to quirky noise-pop to lurching witch house to fuzz-driven indie rock to depressed synthwave.

One notable standout was a brand new track from Lowell’s own ambassador of old school hip-hop, D-Tension. “Science Friction” finds the Boston vet engaging in 3:20 worth of his typically deft and eccentric wordplay, but with a distinct undercurrent of righteous ferocity this time around.

In his own words, D-Tension describes the track thusly:

“D-Tension takes on science deniers in this dystopian tale of the end of the world as we know it and the beginning of a new era where the lines of good and evil are blurred and the mistakes of history are re-lived and corrected. Either that or it’s a dope rap song.”

And dope it most certainly is. Featuring lyrics that drift in and out of the off-the-wall free association of acts like MF DOOM and Del The Funky Homosapien, as well as socially conscious wordsmiths like KRS-One and Chuck D, on “Science Friction” D-Tension is equal parts fed up with the stragglers, yet hopeful for the future. Over an eclectic breakbeat reminiscent of classic DJ Shadow, D-Tension minces no words in calling out the likes of the political establishment, as well as QANON, Dr. Oz, and Karens the world over.

So why bring this up a good four months after Songs In Isolation‘s release? Because D-Tension has released an appropriately anarchic lyric video for “Science Friction”, with visuals courtesy of animator Vienna Pitts, that is no mere PowerPoint presentation. The video is filled with cyborgs, mad science, and even references to Monty Python & The Holy Grail, and is available to stream at the YouTube link below.