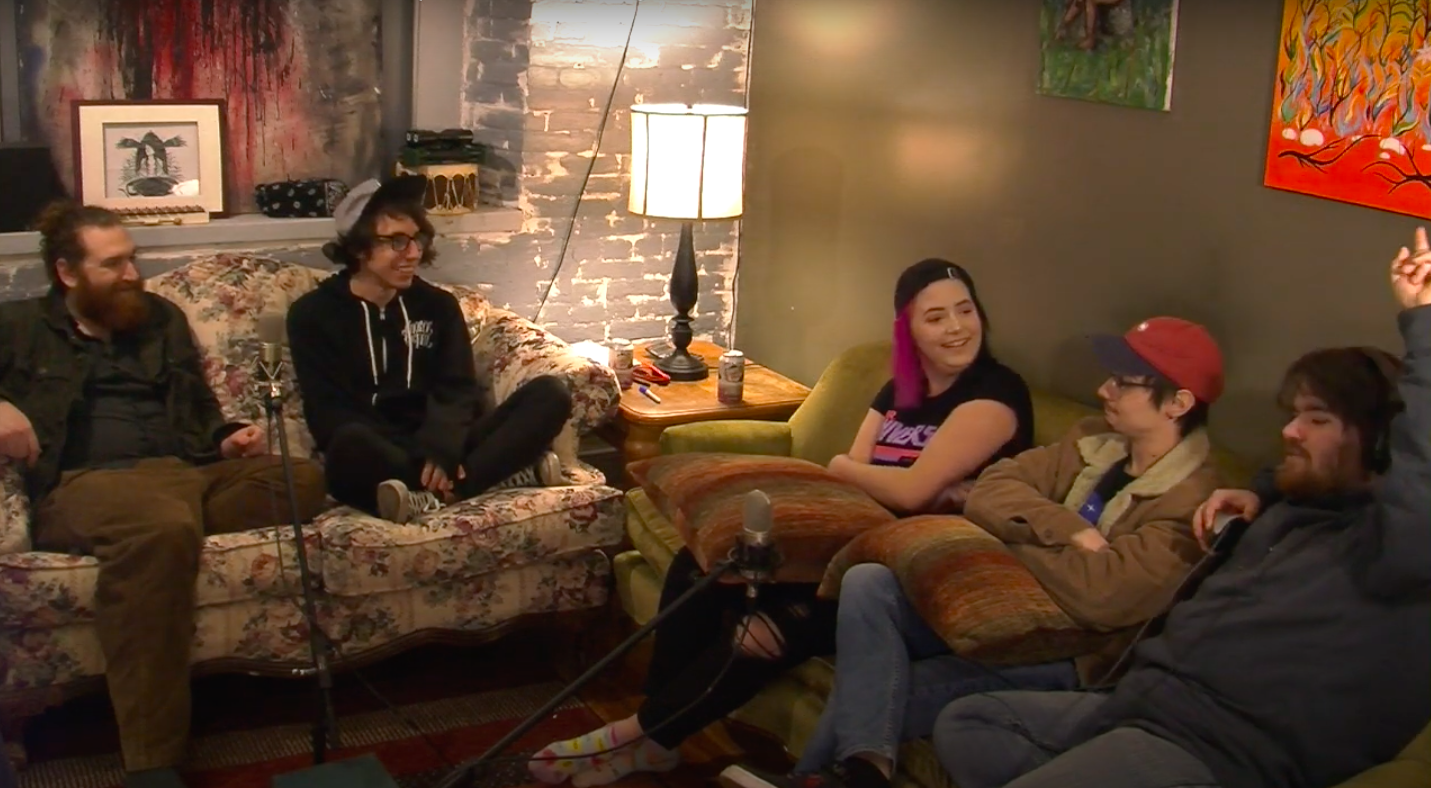 Spotlight: Death to the Scene Network

While the Lowell Spin is a hub for broadcasting local talent, it’s also a great catalyst for community and collaboration. By covering live and virtual shows, popular venues, and personalities that make up our scene, we’ve never limited our news to just artistic talent; we’ve tried to extend our scope to fit the people, places, and events that make our arts community possible in the first place.

Over the past few months, another local collective with a mission of publishing news about music has emerged: Death to The Scene Network. Spearheaded by Trevor Sullivan (of Lowell’s Bullpup) and Baeli Carroll, Death to The Scene provides coverage for a plethora of music with no regard for genre or location boundaries: if an artist reaches out for coverage, Death to The Scene will publish what they like about the work. Plain and simple. Their intention here is to knock down the physical confines of “the scene” to make way for a comprehensive music community. Their Instagram livestream festival in May, for instance, featured artists from Tennessee, Oklahoma, and Florida as well as from Massachusetts, Rhode Island, and New Hampshire, with the hope of introducing artists and their fan-bases to new content that they wouldn’t have necessarily found by themselves. Death to The Scene also abides by the principle of giving smaller, lesser known artists priority; serving as a platform for artists that might not have the loudest or most subsidized voices. The catch here is that the network’s policy for content coverage is largely submission-based as a means of rewarding artists willing to pitch and advocate for themselves.

The network also sets itself apart from other news organizations by broadcasting news through an array of episodes with varying themes and a rotating panel of hosts…kinda like a twisted carnival of music publicity. One segment of the network, for example, releases podcasts that often transpire into hangout sessions and introspective conversations between hosts and their featured artists, thus allowing insight on the artist’s perspective at a realistic, relatable level. Another segment, perhaps hosted by one of the four or five OTHER network associates, features reviews of music releases. Personally, my favorite regular section has been “Weak Speak”; a concise, weekly summary for the doings of select New England music. Catching up with “Weak Speak” definitely beats endlessly scrolling through my news feed because any information I might’ve missed is gathered in one spot (and because, at heart, I am a cranky grandpa that wants to spend as little time looking at my phone as possible).

In addition to Death to The Scene network, Baeli Carroll also runs her own podcast, The Agency.wav, as an outlet to discuss and promote music that she curates herself. While The Agency.wav is technically part of Death to The Scene, it existed and operated before the network; eventually osmosing into the network when Sullivan dropped by Carroll’s place of employment and asked to join forces. It, too, showcases local music and related news through reviews, playlists, interviews with artists, show announcements, and general updates; much like an extensive vocal zine.

Though The Agency.wav spans Rhode Island and Massachusetts for generally coverage, it frequently features bands that are geographically situated closer, like Square Loop, Lilac Queen, Bullpup, and my own group, Wax On. The Agency.wav functions with a larger appreciation for virtual community rather than physical locale, especially amidst COVID-19. According to Carroll, “DIY is a very broad concept and, honestly, if other artists are reaching out to me and introducing my podcast to their environment and their listeners, then I’ll totally reciprocate”. More so, Carroll strives to use The Agency.wav as her own way of paying it forward to the concept and ethic of DIY and music communities. “The energy and spirit and love I put into this podcast is with the hope that someone else can come and find the togetherness I found in [local music]. It’s given me great experiences with friendship, growth, and creativity. I’m hoping that by giving dope art a dope platform, the work gets paid forward and the inspiration keeps being passed on”.

This, I believe, is the flagship sentiment that unites The Agency.wav with Death to The Scene. Be sure to check out these networks as they roll more media out in the coming weeks!

Death to the Scene Podcast on Spotify

The Agency Podcast on Spotify