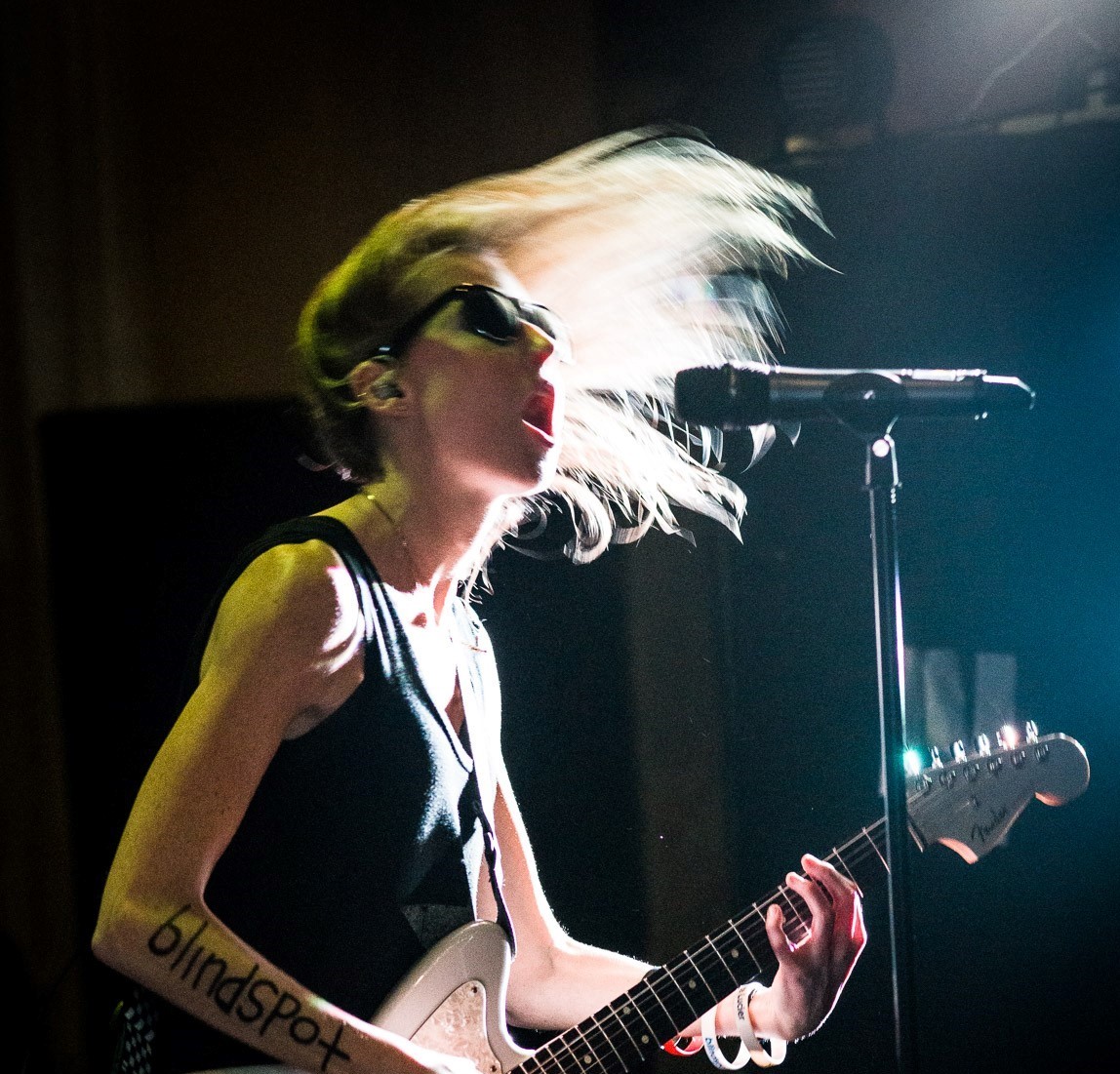 5 QUESTIONS FOR: Alexa Economou of blindspot

Few bands can boast the kind of extensive big-name resume that blindspot has. The core duo of Alexa Economou and Chris Cormier produce a distinct style of alt-rock blended with power pop that has earned them widespread praise and acclaim from local publications, as well as opening dates for Plain White T’s, Fuel, Finger Eleven, and Candlebox, among many many others. Their high-energy sound is equally frenzied, driven, yet contemporary all at once, but does their frontwoman have the energy for…

I honestly love Harry Styles‘ new album, Fine Line. One Direction was never my thing, but each member’s solo work has been a blend of different styles and levels of maturity (which was probably the point). I like Harry because he obviously has a big rock and roll influence and you can really hear it in the direction he has taken (The Beatles, Bowie, etc). I am all about evolving sound and for an artist of his stature to be incorporating modernized rock on the charts for new ears to hear is a cool thing. Plus, “Watermelon Sugar” is a total bop.

Such a tough question!! On a major scale, blindspot’s first and deepest influence has always been U2 and the coolest thing ever would be to play with my favorite band of all time, Aerosmith (blindspot did share a festival bill with Steven Tyler a few years back). I do think our sound would be a fitting option as an opener for a band like Kings of Leon (I have big dreams). On the local level, we’ve come to be really close with a lot of bands from our Rock and Roll Rumble class of 2019, which has also introduced us to bands who performed and competed in other years as well. And I will say I cannot wait to hit the stage with my close friends in Stormstress seeing as 2020 has put a painful halt on those plans!

I am a total diehard Boston sports fan. I could tell you every play made and athlete involved in just about every major Boston sports game since as far back as I can remember, especially for the Red Sox. I played softball and volleyball in high school and grew up in a sports family so sports are very big for me along with exercising and staying in shape. I’ve also really come to love traveling. Touring with blindspot has allowed me to see so many beautiful cities and towns across the country that I may never have thought to visit otherwise. We always make as much time for sight-seeing adventures on our tours as we do playing and promoting music in order to get the full experience. I will be forever thankful for the memories I have been able to make through traveling and it is definitely one of the things I have missed the most the last few months during the pandemic. Besides that, I share a love for boating with my dad, gossiping all night and eating chips and dip with my mom (blindspot’s momager), and spending time with good friends.

I truly love the camaraderie in our music scene and how far we all go to support each other. I’ve always felt this way, but this pandemic has strengthened our community even further which can only prove our durability and longevity despite any hardships. I have met some of my closest friends through this scene, which is a really cool thing as we all share a common goal. This scene has contributed to my growth as both a singer and a performer and I will forever be in debt to it. If anything, I would increase the desire of younger crowds to voluntarily go out to see live music more often. DJs, jukeboxes, and shuffle playlists are cool, but there is nothing like the experience of an artist putting their heart out right in front of your eyes and ears. I hope more than anything that the world will be able to safely and comfortably return to venues very soon so we can make those memories again.

blindspot of course! (Kidding, but check us out.)

I often think that Neon Trees should be a lot bigger than they are. They did have a few hits in the early 2010s, but I feel as if some of their most recent work has gone a lot less noticed. Metric and Tegan and Sara are some female led artists that I think deserve more credit. There is no doubt in my mind that Lindsey Buckingham is one of the most underrated guitarists of all time and that Fleetwood Mac is doing a big disservice to their legacy by booting him out this late in their career. And finally, Brad Whitford from Aerosmith is a total guitar god.

blindspot’s new EP is planned for release later this year. Earlier this month they performed as part of Tysk Tysk Task’s virtual album release at ONCE Somerville, alongside fellow Lowell acts Inspector 34 and Mint Green. Further news on upcoming releases and live streamed shows can be found via their website: www.blindspotmusic.org