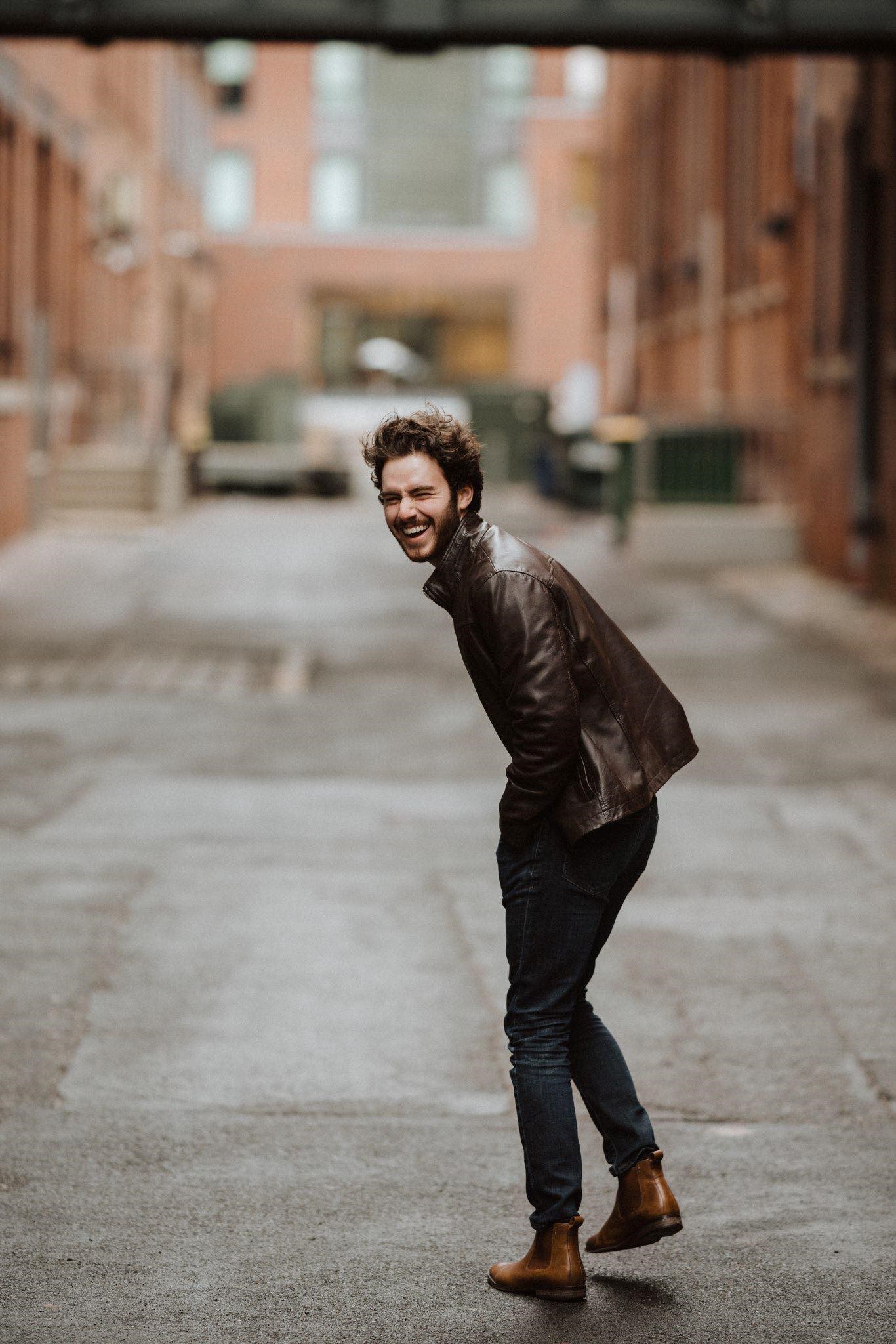 Photo taken by The Wong Lens
By Shae Carter
In Reviews
on July 1, 20206 min read

Two years succeeding his debut EP Letters From Lowell, artist Andrew Marshall released a trio of songs under the title Growing Pains. Marshall, a senior at UMass Lowell, gave listeners a taste of what was to come on June 19th with the premiere of “Fate”, the first song off of the EP. Just one week later on June 26th, Marshall released Growing Pains, which included two other songs titled “Let You In” and “Hurt Someone”.

Marshall opens listeners up to a brand new side of him with the release of this EP – new experiences, new heartbreak, new self-confidence, and even new instrumentation and production – that collectively tell a story that is both specific to Marshall, and that he hopes will be relatable to his audience. “Fate” starts a  journey of vulnerability, and the slow process of opening up oneself to another person while at the same time, as Marshall describes it, “feeling safe for a bit and then realizing ‘Oh that was too much’, like you said too much or that you’re overthinking.” The enchanting piano and acoustic guitar duo set a charming scene to open the song, that sounds much like the feeling of falling in love. Marshall builds on this feeling and emotion throughout the song, while also adding the feeling of hesitation and worry that comes with having feelings for someone and not exactly knowing their stance, or if you’re potentially overwhelming them. The main theme of the song switches from the focus of “Maybe this is more than fate” in the beginning and middle, to the somber last lyrics, “I know I’m a little too much / but I chose to give it a chance for love / Maybe this is just our fate.”

Marshall follows the accepting yet somber tone of the ending of “Fate” with an ambivalent and pensive rhythmic guitar to open “Let You In”, which Marshall notes is his favorite song off of the EP. Where “Fate” is the story of going through a relationship that reaches its end, “Let You In” is the aftermath, and the picking up of pieces after the storm. This song is the battle between painting that individual as the villain while simultaneously trying to remember the positives about them and the relationship. In a recent interview that I had with Marshall, he stated that this song is him grappling with all of these feelings and saying, “no matter what, you can still think both ways but truly accept that you’re never going to let that happen again, and you’re not going to let them back in.” Marshall remarked that he thinks this song isn’t the “most catchy”, but I personally disagree. For a song that speaks about indecisive thoughts from Marshall, it brings with it a very decisive melody and laid back groove that leaves the listener getting their heart broken and sewed back together again, all while soaking up the music and tapping their toes.

This trilogy finishes with the song “Hurt Someone”, which Marshall describes as the “what now?” feeling after the relationship is over, and emotions are starting to be understood and repaired. Marshall mentioned that he based this song on the hook-up culture that is prominent in college, and said that this song is “about that pressure of when you’re getting over someone, do you just do something that’s kind of fake with someone else to get over them, and is that right or is that wrong – and I’ve never been that type of person so I was definitely grappling with that for a long time.” Marshall perfectly reflects these emotions and the struggle to find exactly what he wants and what is right for him with lyrics such as “I’ve been healing from the pain / don’t want to make that same mistake / and put your loving all in vain / I could hurt someone.” This song beautifully wraps up the story of  Growing Pains and what Marshall says is, “in a relationship, break up, getting over it and then really trying to get over it” which he continues to say he believes is “a pretty natural sequence of events for people. When they get out of a relationship, they’re trying to find that peace somewhere else or that closure somewhere else since they don’t have it.”

With a new set of stories and experiences from his first EP to Growing Pains, Marshall has branched from taking a solely acoustic approach, to adding a full band to expand and explore on this trinity of songs. Marshall worked with fellow UMass Lowell students and alumni to make this journey come to life. Friends and colleagues including Anthony Colombo, Max Ferguson, Alec Anand, Nathan Sharples, Marko Deperalta, and Alexis Csicseks helped formulate and transform Marshall’s songs, while Dominic DiPalermo and Maurice Bouchard sat behind the board and shaped the sounds and music. Marshall expressed immense gratitude towards all of the musicians that helped make this EP possible, stating that collaborating with a band is the best part, and that it “puts in a whole new life to my music and it makes it so much better.” He continues on to say, “they make my songs into music.  I think my songs are just songs, and then they make it into something else.”

Marshall mentions that as an artist, he is beginning to look inside himself more. “I’m more self confident and going through what I went through I have a lot more appreciation for what I do and who I am and trying to find myself. I think that’s the biggest distinction between the two things is that I’m looking inside myself versus looking out for inspiration, and I’m trying to be confident in who I am – all the rough edges, good and bad, perfections and imperfections of myself – I think that’s the biggest thing.” Marshall, chuckling, stated that he believes the key in writing music is finding your voice and realizing that you “might not be the next Shawn Mendes of pop music”, but that it’s important to see that “what you write is what you write and you can make an audience from that.”

Marshall offers some advice for fellow songwriters, and states “Just do it – that’s the biggest thing. You let yourself get trapped in your head about things sounding perfect, and then you don’t put anything out, and then you don’t grow.” Marshall says to go for things even if they aren’t perfect, and to focus on that and think about what can be done better next time. He  comments that, “the more you make excuses for yourself,  the less time you’re going to have actually making music. The more time I have to just get better is the best thing,  you know just sacrifice your ego for a little bit,  you’re going to mess up a little bit but it’s fine and you’re going to get better too.”

Growing Pains is simultaneously comfortingly and sorrowfully relatable. Whether you are on the giving or receiving end of any type of heartbreak, Marshall lays out a slew of feelings and emotions that can be pinpointed to those soul crushing and soul searching moments in all of our lives. He leaves the listener with songs that relate to their heartache, while also offering some solutions on how to build walls, move on, and protect themselves and others in the future. It is soothing to the ears and a perfect blend of reflecting on past desolation and current tranquility, knowing one has moved on and grown from that pain. While Marshall is appreciative of all of the positive reception to this EP and is incredibly glad to be back releasing music, he states that he’s eager for the next thing. He says he’s “looking forward to moving forward and taking this experience and making the next one even better” and that he is excited to use what he’s learned to help him continue to shape his music.