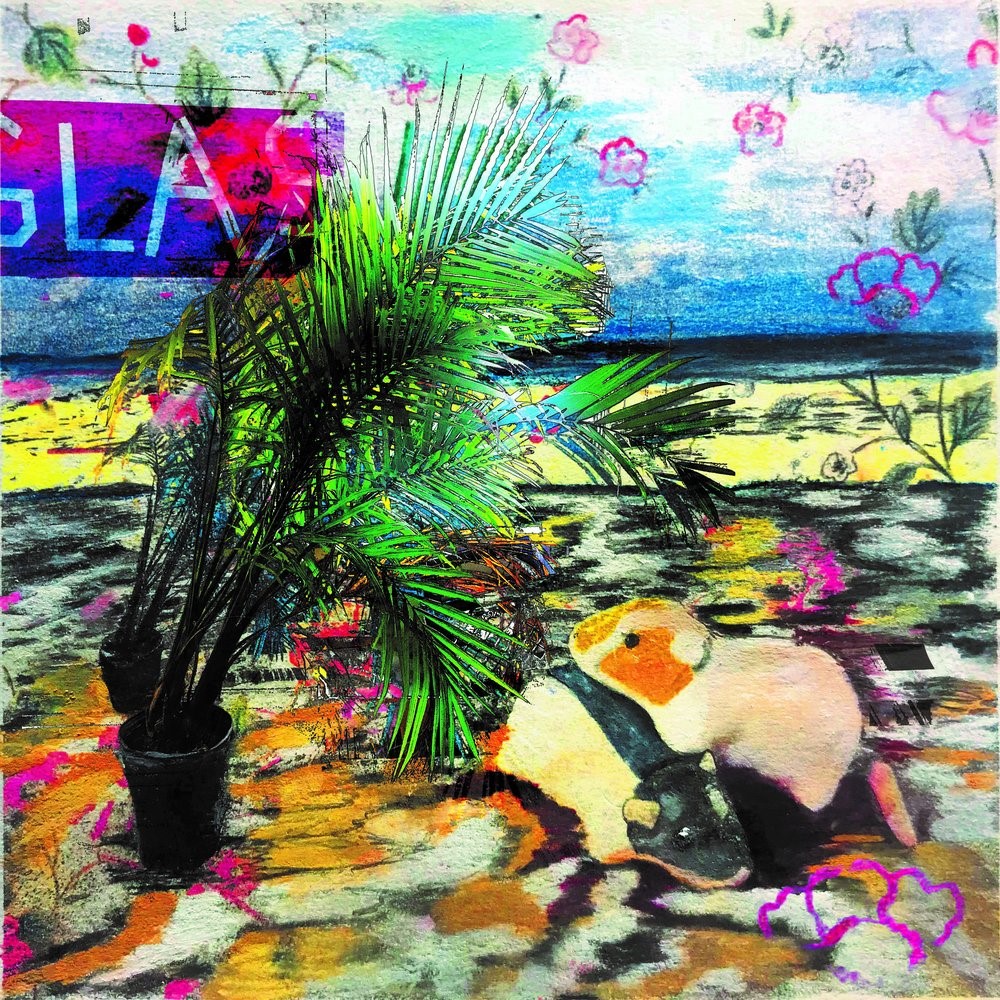 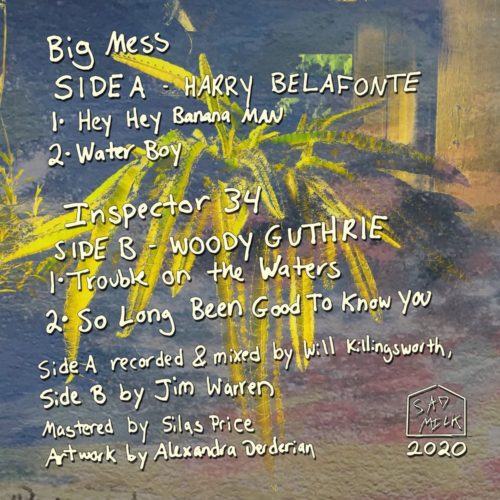 Editor’s note: When this review began, Dave Boz was the original writer. However, Dave’s writing process became interrupted when he was about halfway done due to the birth of a baby! (Congrats Dave!).  Thankfully, Morgan Gunning offered to take over. It’s quite fitting that this split EP be split between two writers completely by chance.

Before we delve into the music on this split EP featuring Lowell bands Big Mess and Inspector 34, let’s talk briefly about the state of our country. We’re living in an era in which corporate profits have been skyrocketing, average workers’ wages are staggering, and a self-described “Democratic Socialist” almost—or should have!—clinched the Democratic nomination for president. The Doomsday Clock is inching ever so close to midnight. Even more recently, we’ve seen widespread protests and riots across the country in response to police brutality in what has become the largest civil rights movement in history. America’s recent attention on the fight for workers’ and minority’s rights seems relevant to the artists being covered on this split EP: Harry Belafonte and Woody Guthrie.

It may seem like a peculiar choice for Big Mess and Inspector 34, both influenced by post-hardcore, post-punk, and indie rock, to choose to cover calypso and folk artists. However, the Lowell musicians were able to stay faithful to their chosen genres while still capturing the spirit of the older songs they’re covering.

Though the music of Belafonte and Guthrie differ stylistically, there is a similarity in tone. They both play songs for the peasants, the common man, the workers. “Banana Boat” is a classic Jamaican folk song, which is sung from the point of view of workers unloading banana boats on the docks. Woody Guthrie had been associated with socialist and communist groups while he was alive. He was even fired from a job at a radio station for his political views. Despite their music being decades old, I’d say it’s as relevant as ever when reflecting on the message of it.

“Side A” has two Harry Belafonte songs, “Banana Boat” and “Waterboy.” The music is performed by Big Mess with Jim Warren of Inspector 34 on lead vocals. Something notable about the original versions of these two songs is the stripped-down simplicity of the instrumentation, while the main emphasis is on Belafonte’s vocals. Big Mess and Warren nailed this aesthetic, as the instrumentation consisted of nothing more than half-time bottom heavy drums and sludgy power chords juxtaposed with Jim Warren’s acapella vocals. The effect of these complementary forces is very powerful, hitting just right when it all blends together. It’s worth mentioning that Warren absolutely crushed it on the vocals. I’m familiar with him as the lead vocalist of Inspector 34, but his vocals on this EP exceed what I’ve previously heard from him.

The simplicity of the music is not only effective in that it accentuates the vocal performance, but the slow tempo, bottom heavy rhythm creates this auditory image of workers toiling away, which is exactly the story Harry Belafonte tells with his music. It’s a very refreshing indie rock take on the original songs while retaining what worked so well about them.

“Side B” has two covers of seminal folk legend Woody Guthrie. We had a little role reversal for this side, with Jim Warren joining his band Inspector 34 in playing the music for these two covers while Nick Weideman of Big Mess sang lead vocals. These tracks are a bit more intense, with busier instrumentation, faster tempo, and more aggressive vocals. The guitars took a noisy, wall of sound approach that reminded this reviewer of the 1990s, Donald Jones era, and of the Flaming Lips.

The chosen tracks were “Trouble on the Waters” and “So Long, It’s Been Good to Know Yuh (Dusty Old Dust).” You can really only appreciate the excellence of these tracks by first listening to the originals. Inspector 34 and Weideman took classic acoustic folk/blues songs and turned them into booming, high energy electric ballads. “Trouble” features some of the most passionate and impressive vocals that I’ve heard from any vocalist that is complemented well by a lively guitar riff. The energy of this track is simply and wonderfully infectious. “Dusty Old Dust” is an interesting song, to say the least; the lyrics are somewhat melancholy and sardonic, but are loomed over by screeching power chords. The original song was about the Dust Bowl of the 1930s and offered darkly humorous observations on human life in the midst of disaster. There could not be a more fitting song to put this modern spin on. In this world of increasing division, political turmoil, environmental collapse, a whole global pandemic, and overall disillusionment with existence itself, it’s hard to find words to say other than “It’s been good to know you.” The fuzzy chords booming over Weideman’s words are the perfect embodiment of grim acceptance in the face of everything falling apart before us.

Every song on this split EP offers a new perspective on a very old tune. Many artists could learn a lot from Big Mess and Inspector 34; art can always be expanded upon and made entirely new using different points of view. Belafonte and Guthrie’s political messages are timeless, and these bands understood how to transcribe them to apply to life today. This is exactly what covers are all about. Every cover should strive to do the same thing. Guthrie himself wrote his own lyrics to already existing folk melodies, and would be proud to see people taking inspiration from him and doing so with his music. I love this split EP because it sheds light on just how creative covers can really be and the hard work that goes into writing good ones. This EP is an important example to all other bands of how to do a cover the right way, and that a song’s potential is not limited by its genre. It also doesn’t hurt to show how powerful different styles are as tools of political art. If there had to be any set of songs to represent 2020, it’d be these ones. Big Mess and Inspector 34, I can safely say it’s been more than good to know you, and hopefully this is not nearly the last we’ll be hearing from you.

To access this amazing split, you’ll have to become a patreon of Sad Milk Collective. However, here’s an exclusive track to whet your appetite.