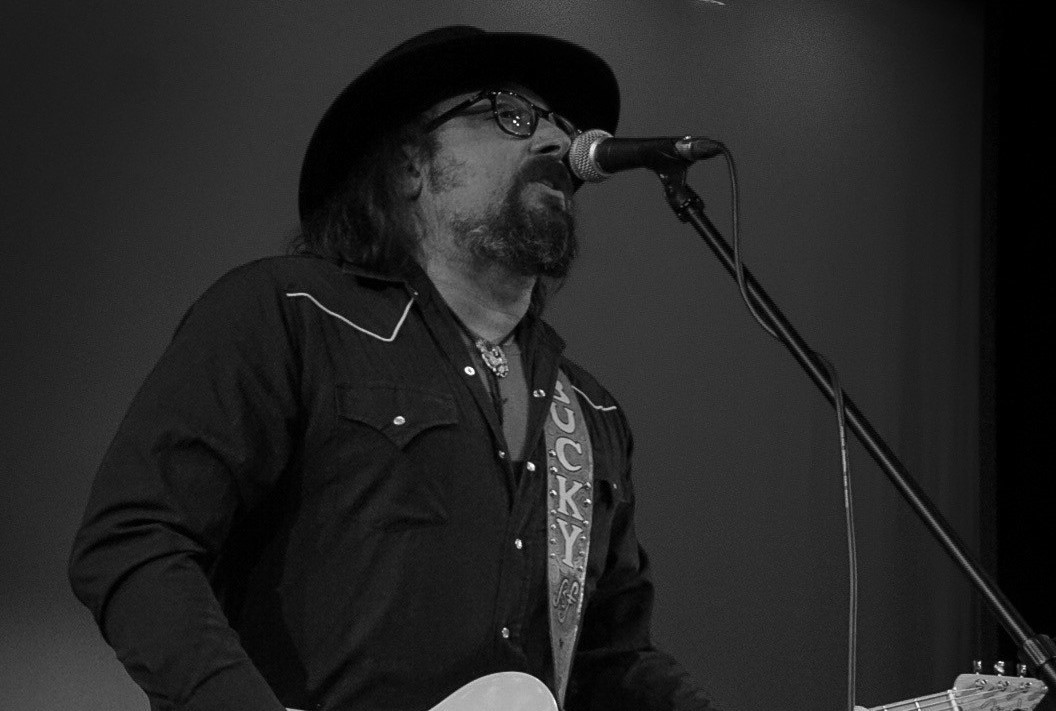 5 Questions For: Bucky Fereke of The Old Rochelle

The earnest and world-weary dusted folk (Or pony punk as they have often labeled themselves) sounds of Lowell act The Old Rochelle (formerly Bucky Fereke & The Pony Express) is a welcome, rust-colored respite from the Mill City’s overwhelming indie rock and punk scene. The five-piece combines the sensibilities and moods of outlaw country with the distinctly disheveled aesthetics of folk-punk heroes like The Pogues, and arrangements that bring to mind a nautical setting, bringing a rootsy sound that can be dour and sprightly all at once. At the head of The Old Rochelle is the booming baritone voice of Lowell music scene veteran Bucky Fereke, here to answer for you now…

This week, it’s Red Roses For Me by The Pogues. I feel the same excitement today when I hear their sound as when I first heard them. I was brought up heavily on both European and American folk music, as well as classic rock’n’roll, so hearing The Pogues early on made me feel like I discovered an exciting new sound that included all of that, amped to a higher level. It set me on a good track, and I have a special spot in my heart for the sound of Shane MacGowan’s voice.

Dwight Yoakam. I really admire his songwriting, swagger, and sound, as well as his career path, influence, and intellect. Among other things, he brought honky-tonk and traditional country back into the mainstream, and that’s the type of music I’m most passionate about.

In addition to having his own signature sound, he also pays respect to the greats that he was influenced by. He keeps that Buck Owens (who I was named after) spirit and Bakersfield sound alive. Dwight also keeps Gram Parsons’ “cosmic american music” spirit alive. I’m a big fan of Gram’s music, and Dwight once said “Any accolade I’ve been paid, and any kind of acknowledgement of my success, is an acknowledgement of Gram Parsons”. That hit me hard when I first heard him say that.

My other passion is creating art. I make paintings and illustrations. I’ve illustrated CD covers, stickers, and shirts for bands here in Lowell, and I’m always open to do more work for the bands in the scene here.

Making art is something that both complements and balances out my main passion of songwriting and performing. It’s sort of a zen-like escape for me. It’s also a bonus to be able to create art for my own band.

More venues to perform at? Besides that, nothing that I know of. The music scene here is an opportunity for me to connect with friends, see great local bands, and hopefully play more shows. I’ve also been lucky enough to have met good people and close friends through the music scene here. Lowell has been very kind and welcoming to us. Without my close friends and some venues’ support, I know I would not have been able to progress and produce the music I currently make.

5. What would be the perfect food/drink pairing with your music?
(This question comes from the previous 5 Questions interview Chris Jackson)

Well, our sound is a bubbling musical stew that blends honky-tonk, cosmic rock, and sea shanty sounds, so—cornbread and seaweed slop with rum!

The Old Rochelle’s music and showdates can be found via their website.