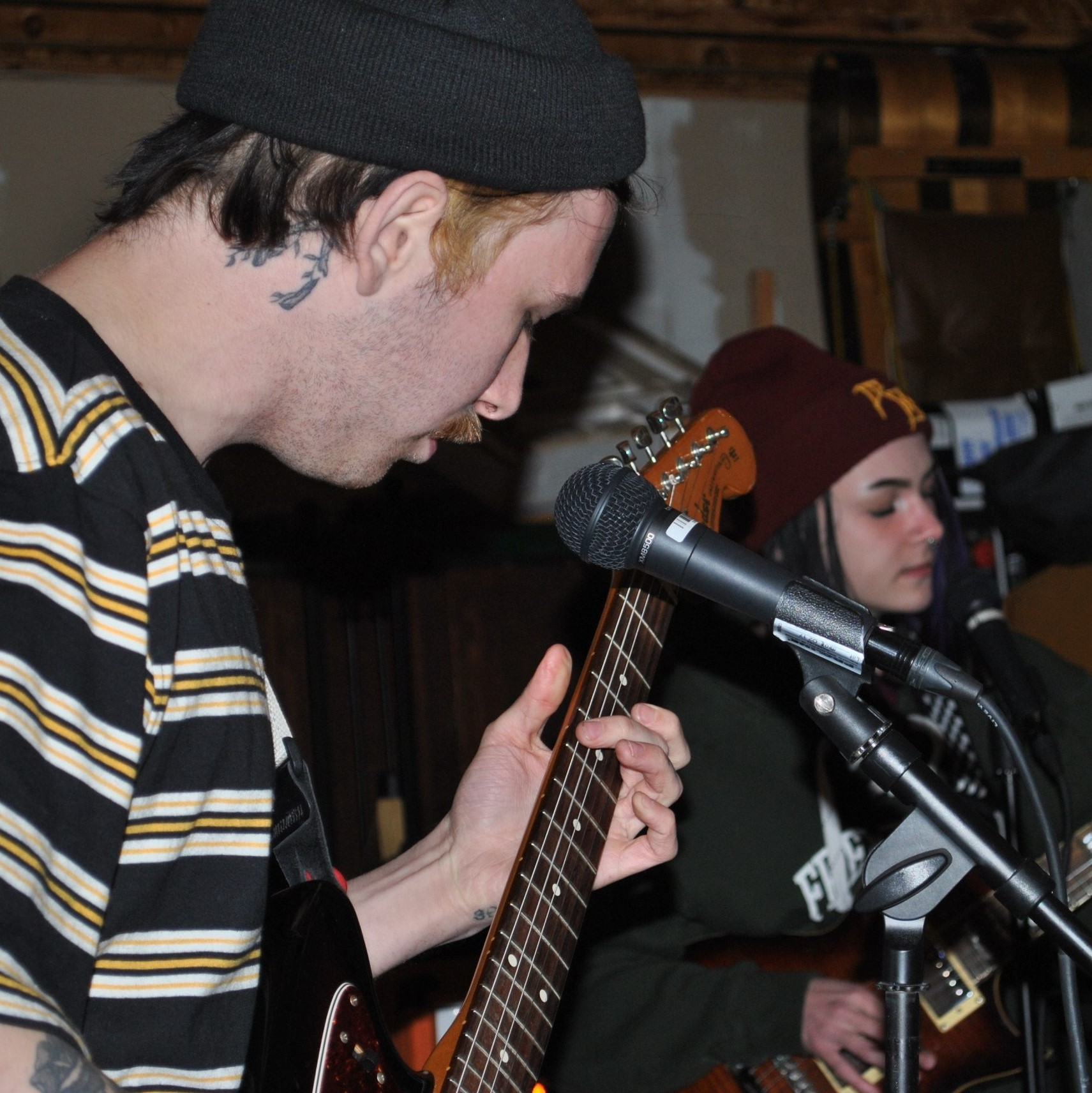 Lilac Queen signs to No Sleep Records, looks to future, reflects on past

“Lilac Queen has signed with No Sleep Records.”

That’s the headline they paradoxically shouted into the maw of the COVID-19 pandemic.

And that’s the headline they’re now trumpeting as they ascend to an alt-rock main stage just months after their old project, Bystander, sputtered to a halt in the local underground.

“We were Bystander,” DeMars said. “Then we said we’re not going to do that anymore. These are the people that stayed in the room after that.”

First coalescing in late 2016, many of Lilac Queen’s current members, indeed, composed Bystander, a shoegaze outfit straddling the Lowell and Salem scenes. They dropped a pair of albums and a handful of singles, EPs and splits while performing frequently.

By DeMars’ guess, they played close to 80 shows over the last two years of their existence alone.

As they waxed against their own sadness and instrumentally raged through quintessential walls of sound, though, McGovern said things were not always as energizing as their playing suggested.

“We played so many shows,” he said. “We were not upset about it, but we were never tearing the roof down bringing crazy fans to shows.”

Spinning, DeMars said he found himself in a dark mental space. He drank heavily.

Sometimes, he suggested, playing Bystander music made him feel “worse.”

“It’s not that Bystander didn’t matter,” he said. “We just weren’t reminded that it DID matter.”

The night after Bystander closed its run, this new project appeared with its debut single “Ouch.”

Colin McGovern thrashes in a mosh pit of his own making between his bandmates, long hair extending then folding in on itself as Porter hammers on a wide kick drum and booming toms.

Porter musically swings where his bandmates attack the melody. Until recently, he did all that with a broken wrist in a full black cast. That meant that, as others tuned up before songs, Porter wove rubber bands around his arm, pinning a stick to that cast.

Every now and then, a rubber band would snap, skittering to Billy Davis’ feet, which sometimes tap as he plucks out rhythms in a gritty, sludgy tone.

Mostly looking down as he plays, Davis still intermittently glances up at DeMars, who barks lyrics. Feet planted, DeMars sucker punches the sides of his guitar strings with the strikes of violent strumming.

DeMars often pivots his body slightly in the direction of St Germain who then slips her smooth lyrics in between DeMars’ coarse screams.

As they all finish their songs, the quintet shares nods and smiles.

“There was also a lot of positivity in my life,” DeMars said. He’s drinking less these days. “It’s all felt so much better as I feel like I’m getting things together.”

Things are coming together, after all.

That debut single that first launched Lilac Queen had over 10,000 streams by early March. Now, the band’s entire debut EP “If Only” has been remixed and remastered for their first release with No Sleep Records.

Though he admits COVID-19 will likely delay or cancel their touring plans through the spring and early summer, DeMars says he and St Germain have spent their quarantine piecing together the skeleton of the first full length Lilac Queen album.

That, they hope, will drop by the end of the year.

Haven ridden the roller coaster rise from the end of Bystander to the new heights of Lilac Queen, these guys are hardly hunkering down. Rather, they’re strapping in.

“It’s been very humbling,” DeMars said. “It’s kinda like [No Sleep] just gave us our big boy pants. We gotta put those on now.”