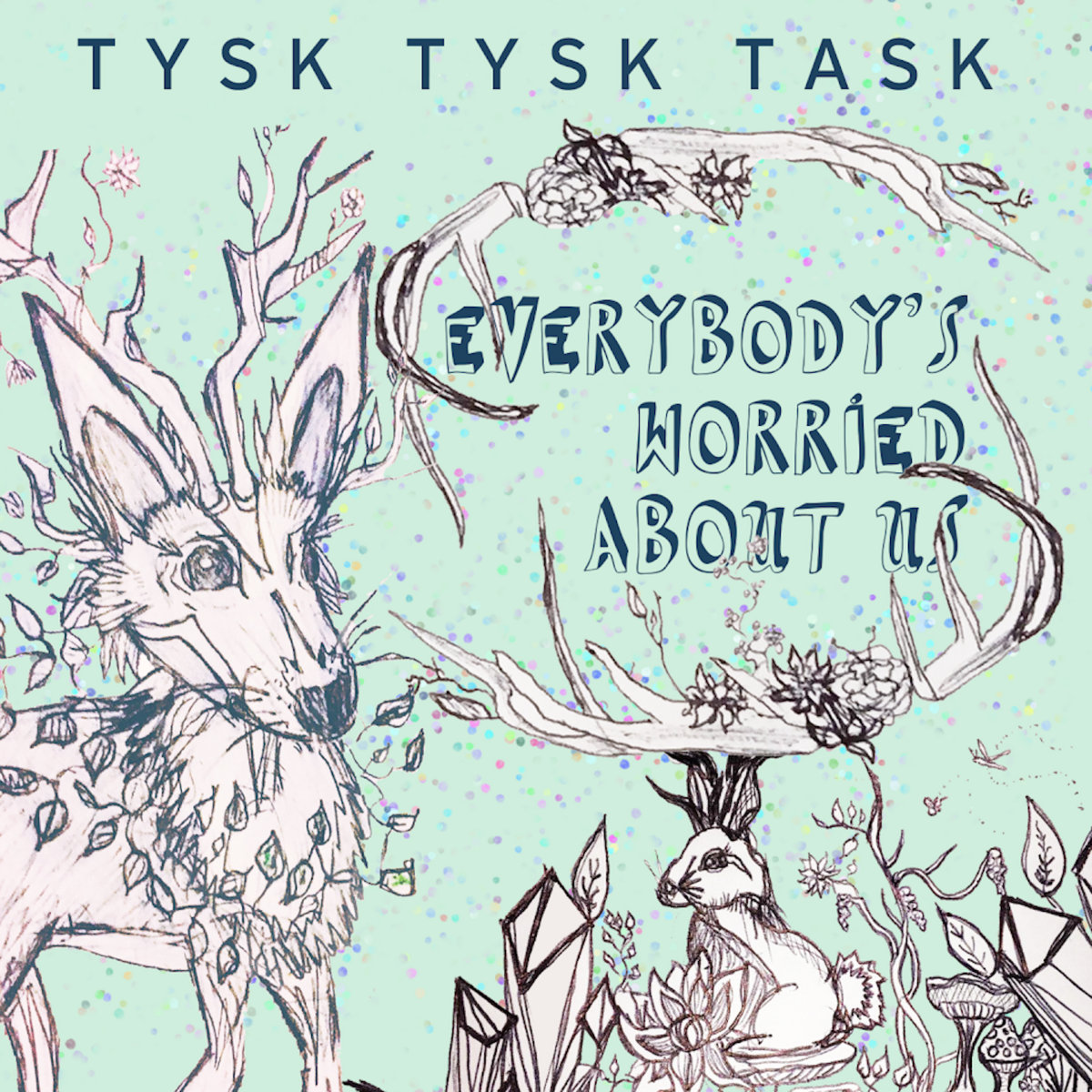 When Tysk Tysk Task announced the release of their debut album Everybody’s Worried About Us, it emerged as a mark of triumph beyond the usual.  Why? They released it during a global pandemic. Certainly, the best kind of art manifests during a real f*ckin’ hard time. TTT crafted an album that rides the peaks and valleys of frustration, anger, indignance, and spite. It speaks to the bitter, non-linear stages of grief. It’s hard to ignore the universal significance of that right now. However, the impact of the pandemic did affect the band.

“We planned our album release party with OroborO, Linnea’s Garden (Linnea Herzog front woman, formerly of indie Boston rock group PowerSlut), Eye Witness, and Happy Little Clouds, but of course, the pandemic threw everything off. Our bassist and I also got wicked sick in the last two weeks, as we were down to the wire on mixing and finalizing the last few tracks. We both tested negative for Coronavirus – thank goodness.”

We were delighted to have covered TTT last December in another article in which we caught up with Samantha Hartsel for a good ol’ splitting of the chest cavity to really dig into the heart of the writing process for the band and their human experience away from music-making, and how it all circles back. With that in mind, Everybody’s Worried About Us feels like the truth of all that collected into one space. I had the privilege of sitting with the album and lyrics for the better part of my day.

This album begins, in sound and in setting at times, like the femme western of my dreams. The riffs feel like the baritone drawl of a man with a dirty face and a story to tell down at the saloon. You know, that kind of grit that, if we’re honest, we all love a little bit. It hits home in its intensity, interspersed with guttural vocals and wails.

During the third track on the album, “Belligerent“, I felt an agonizing distance between the storyteller and the story. Like a memory too painful for the narrator to revisit beyond the repetition of fact. As the song progresses, it gives itself away. In the cadence, the up-shot of a word at the end of a thought. It’s on the edge of a total meltdown.  That’s the ferocity in this album and the strength TTT has mastered for themselves. In the very beginning of the track my eyes and ears fall over the line:

The language within the album speaks to a certain subset of people. It’s simple and effective and gut-punchy.

The interlude leads us right to the love song, “Lovers’ Covers“. It feels like an anti-wedding. Ceremonious, and there’s a parting of ways, and it’s sweet, and it’s sad. There’s no rice throwing or bubbles blown into the air or tin cans attached to a limo, just the end.

“Real-time lovers/ we had each other / Please remember me happy /and all those times you said to me /there’s only us.”

Somewhere between a thick forest and The Ether, Everybody’s Worried About Us comes rushing in. There are sirens sitting on rocks brushing each other’s hair. Baptism By Walden Pond plays as I drown at their hand. Not entirely untrue, actually, as Hartsel tells me. The place, not the sirens. That would be cool. Hartsel gave me a little insight into the beginnings of the album:

“We launched into recording out of our bassist’s home in Hudson, MA in December, with a target date of March 2020. This is our winter practice and recording space, while our three-season venue is a little shack we built in the woods of Worcester County, tucked away and cozy in a dream of fake peonies and dreamy Christmas lights that often flicker out when we hit them with loose drumsticks. This magical haven of body odor and whimsy is known as ‘The Marsh Pit.'”

My final thought on Everybody’s Worried About Us: It’s like when someone says one last, completely inane thing to you at the precise moment you’ve run out of patience and you just. Go. Off. And it’s that delicious tirade you find yourself raining down upon the pseudo-woke guy at the party who won’t stop “playing devil’s advocate,” that helps you sleep soundly at night. It’s the sleep after a long, and loud, and painful, and full cry. It’s the full visibility in vulnerability.

The album is scheduled to be out on Spotify in the next few days, but for now you can purchase the album along with TTT merch on Bandcamp.