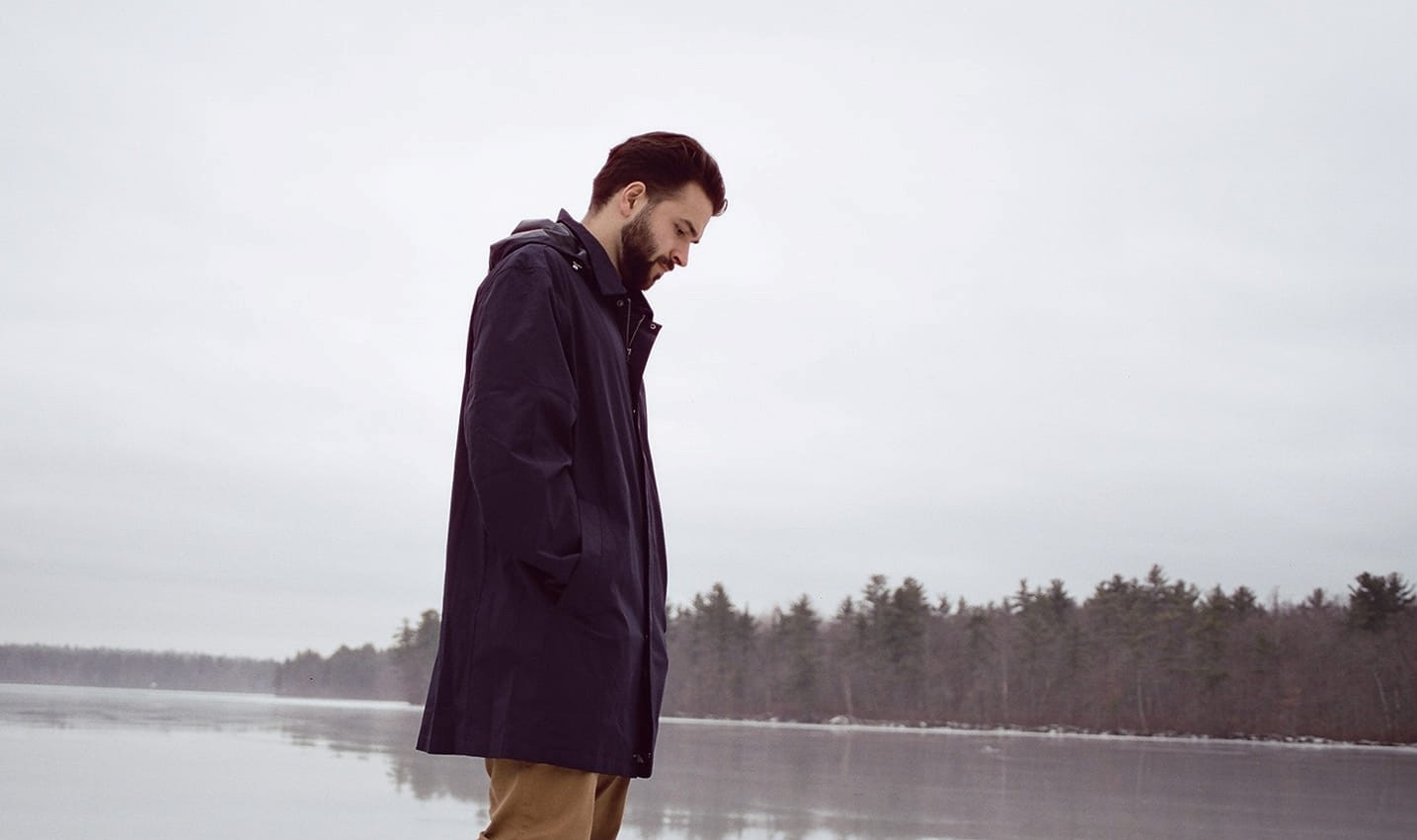 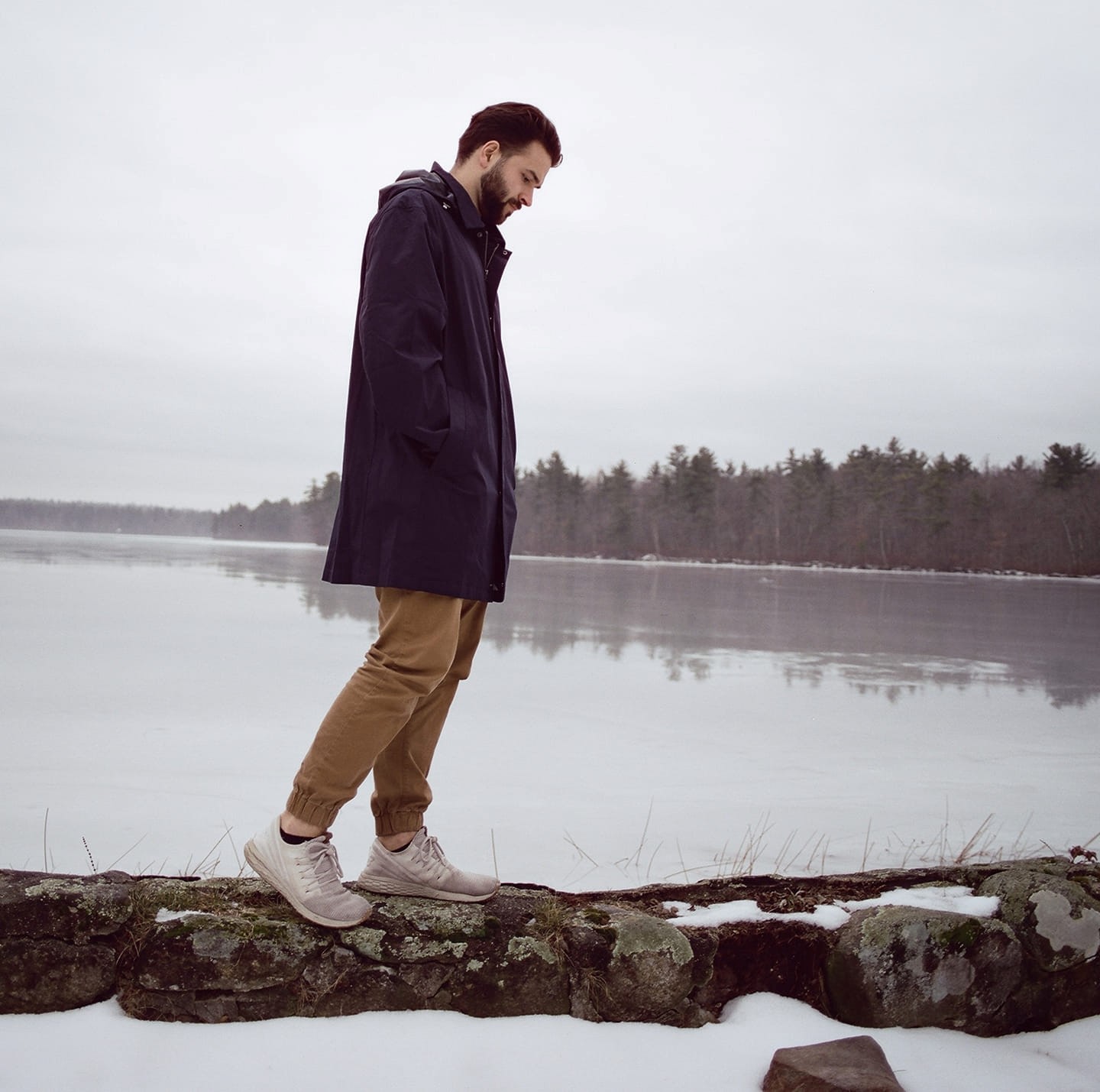 Artist l.ucas, otherwise known as Lucas DeLisle, rang in the new year by dropping his single “Text n Drive” featuring Jiida on January 3rd. Following this single, l.ucas has been featured on two other songs, “No Cap” by Jiida and “No Crisis” by Timi O. Amongst the many features, side projects, and even bands (for those that don’t know, DeLisle plays keys for Lowell based indie rock group daisybones) l.ucas dropped his new single “pretty” on March 13th.

“pretty” takes the listener on a minute and twenty-five second journey that consists of two repititions of a chorus and one verse, where the same simple and soothing piano loop plays for the duration of the song. On this short but sweet ride l.ucas paints a very vivid picture of beauty through his words and melodies, that leaves the listener with a sense of complacency and peace through the first few listens. After playing the song back a few more times however (which is impossible not to do) it becomes more clear that this beautifully crafted song is so much more than just “pretty” sounds.

l.ucas opens up the song with the lyrics, “I’ve been runnin’ round circles in the ground, I hope you think they’re pretty / ‘Cus I’ve been fallin’ fast through ceilings made of glass, I hope it looks pretty.” Prior to the song dropping, DeLisle opened up in an instagram story about some of the struggles that come with trying to have a career in the music industry at times, but that all of it is really worth it when he’s able to make someone smile through his engineering and songs that he writes. In a recent interview I had with DeLisle, he mentioned that he wrote the song during a very stressful time in his life. DeLisle stated “my grandmother had a stroke and things were changing; my parents were on call helping my grandparents, and I was trying to figure out career wise what I was doing. Every week I was driving hundreds of miles to the studio, and  I was working at producers houses to make connections and further my career. A lot of my friends were making advances in their careers or getting new jobs, and I felt like everything was moving really fast.” DeLisle remarked, “This song is just about keeping your head down and trucking forward because you know, ‘Rome wasn’t built in a day.’ Essentially I just hope at the end of the day people enjoy what I do.”

DeLisle’s lyrics really reflect perfectly on these feelings; running in circles over and over, time and time again, and trying to break through the barrier of advancing a career in music when it is proven to have its setbacks and struggles. DeLisle comments that “You feel like every week is the same- every week might feel like a circle but you’re not doing the same things. You’re meeting new people and doing new things.” He says that essentially, this song was crafted to play off the repetition of doing the same things, but being able to find the beauty in it all.  These lyrics truly do echo that beauty, and parallel DeLisle’s thoughts that everything he is doing and all of his passions and hard work is worth it if others get to enjoy it all, and smile.

l.ucas wishes for nothing but happiness for his listeners with their careers as well, which is stated in one of my personal favorite lyrics in the song, “Tell me when you work your mind can walk out your cubicle / Tell me when you work you work for something that’s beautiful.” After a second repetition of the chorus however, the song comes to a slightly unexpected, but pleasant end. When asking DeLisle why the song was on the shorter side, he responded by saying that it was intentional in a few ways. “Personally I’ve been running into a lot of projects that are at a standstill, and naturally as an artist, we can be very caught up on things being perfect,” DeLisle mentions, “but I felt that the length of the song got the message that I wanted to make across.” DeLisle also says that he intentionally ended the song in a way that it “loops perfectly to kind of trick people into playing it at least twice, which plays on the running in circles lyrics even more.”

To any artists that might be feeling the same way that l.ucas describes in his song, he offers the advice to “first observe how other people feel about their lives and careers, because a lot of times a lot of gripes that a musician can have about their careers can be echoed with other people and their careers.” He also mentions to “look at your influencers and what they’ve done. I was thinking about my grandma at this time and she’s been a very big supporter of arts, especially in Lowell, so I took that as an inspiration like, she would want me to do this.”

l.ucas continues to create a variety of different songs with many various artists that never cease to make an impact on all who listen. For an artist who writes about feeling like sometimes he’s running in circles, he consistently paves new paths and constructs fresh ideas that keep listeners on their toes for what is to come next from him. l.ucas’ song “pretty” is an anthem to keep doing what you love, as long as you can keep finding the beauty behind it all, and can help others to see the beauty in it too. While l.ucas is able to find inspiration in others to keep creating and doing what he does best, he proves that he himself, is an inspiration for others to do the same.