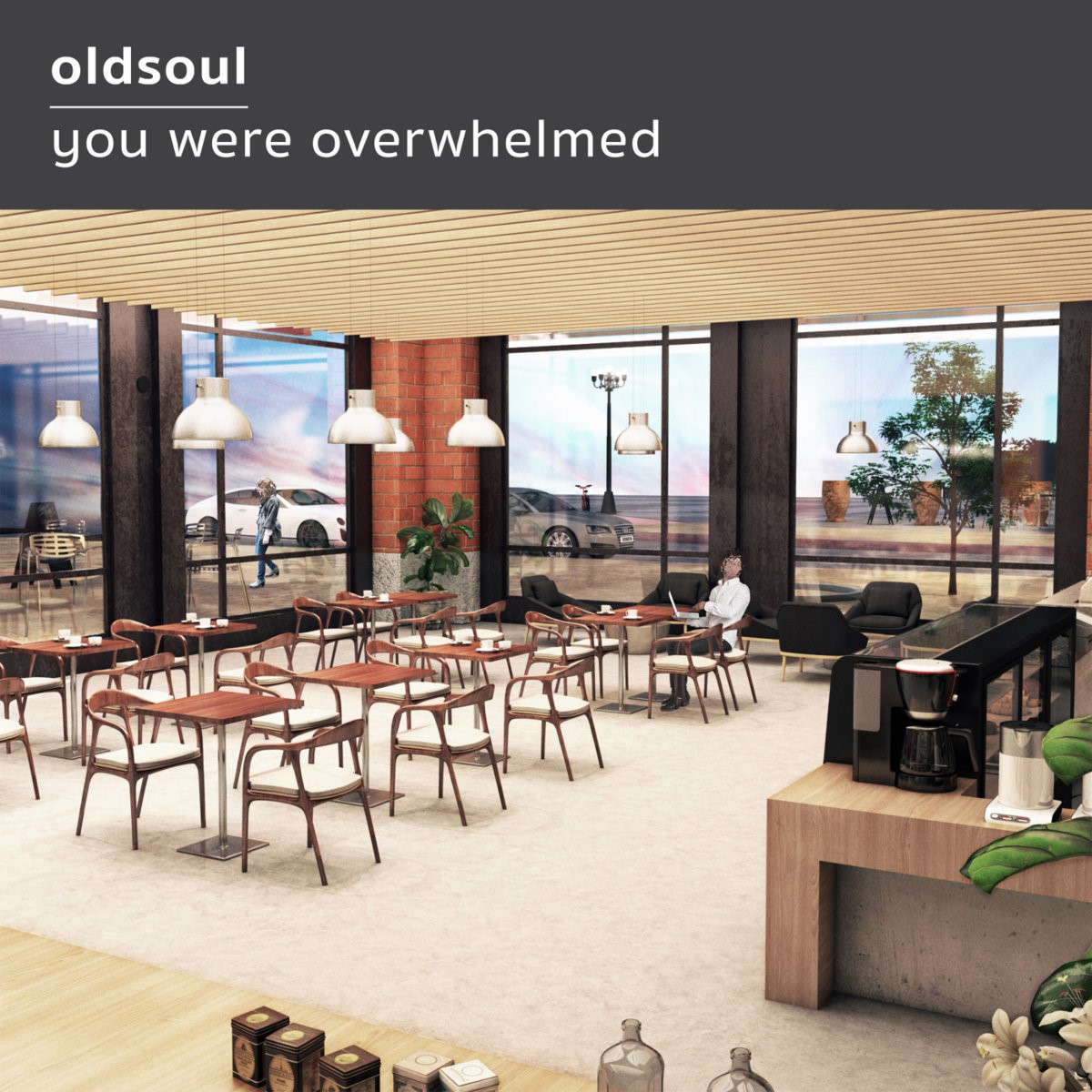 Review: oldsoul – You Were Overwhelmed

In a short two month span, 2020 has already dosed us with sonic texture like Slow Loris’s latest self titled EP and Disco Volante’s “Reasons To Stay At Home”. This year’s Lowell scene is ramped up with promise, especially upon listen to oldsoul‘s sophomore full length album “You Were Overwhelmed”. To be very candid, I needed almost a month from it’s initial release date to process everything this album had to dish out, outside of my own human experience. “Coy“, a 2019 feat from the Lowellite outfit, was equally wonderful in it’s delivery but is entirely a different animal from “You Were Overwhelmed”. This album takes on a multifaceted context for both the band members & their audience, leaving a deeper sense of the human condition; building bridges amidst key changes & thematic energy.

oldsoul’s taken us on rides through the woods in tracks like “I Fell Asleep to Twin Peaks, Pt. 1”, loaded well with cinematic value & driving hooks. The tracks on “You Were Overwhelmed” step away from that structure, less “Dream Whatever” and focus more on angular riffs with deeply conceptual songwriting. “Like No Surprise” kicks off the album with a bang, sharply cutting with hi-hat hits & snarling vocal prowess. The band’s rhythmic choices in this album are textured, even using multiple violins for depth, all layered thinly & woven together with their lyrical narrative. One of the best qualities this album displays is it’s willingness to take it’s time. There’s a driving inside it’s nature, but doesn’t feel rushed. This album steps into darker, more realistic territory; focusing on processing grief & how we internalize grief over time.

“When I was young I learned that everyone I loved would fade to gray but I saw you blue.”

Just that initial visual, the anticipation of what we perceive death to look like & then a crashing reality of what we’re left with. This album ruminates on this feeling, how it lingers and changes from moment to moment.

“It followed me down the stairs and through the dark, and I remember it hit me all at once that I would forget your voice and the places we had gone…”

It also forces it’s way back to the surface like a weight you can’t deny. All of a sudden, you’re taken away from where you are & directly on the cusp of that one moment in time where you saw or heard something that could never be taken back. Even worse, you doubt the time shared. You begin to invalidate the depth of your memory, devoting nothing to what you remember, only to what you won’t. But, inevitably, “time moves past this view”.

“…and I know myself more than anyone, still questioning what I’d die defending. That’s not something that you want to hear. Didn’t mean to involve you,  I’m sorry if I do.”

Their second single off the album, “Time Moves” encapsulates processing loss through multiple lenses of time & space. It provides context for living inside of something that was unhealthy, toxic, & taking more than it gave. There’s a distinct shift, more so a growing, out of needing something that doesn’t serve you anymore. That could mean so much to so many different people, a true songwriting triumph to be proud of.

“Got my whole night wrapped up in the ceiling. I was just so in love with this feeling.”

This is a deeply personal album for everyone involved. Each member of the band carved out pieces of themselves to design something so human to ingest. This album is the banner child for learning how to define boundaries; disengaging from unwarranted negativity & embracing healing as a necessity for interpersonal growth.

The rest of the album is a ride, to say the least. You feel like you’re packing up for a roadtrip, driving a small sedan through the Rockies, taking turns that leave you holding your breath in “”afterthought” (Overwhelmed)””. This was my personal favorite. It’s message of demanding accountability for your existence in the universe, “please stop treating yourself like an afterthought”, is a sentiment that hit home for me.

It was uncanny how this album dropped & then life slapped me in the face shortly after. I wouldn’t have had it any other way because this is the perfect album to process grief, trauma, and growth to. The unification that underlined this album rang so true to me; as a writer, as a partner, as friend, but mostly in myself:

Walking away & choosing yourself isn’t a damnation but a demonstration of evolution. It’s either we grow or we die. oldsoul personified this notion exquisitely. Watching this band take shape is truly a privilege to witness in real time.

Do yourselves a favor and pick up this record. Download it on Bandcamp, stream it on Spotify, and CHOOSE TO HEAL.

Catch oldsoul on the last leg of their tour at The Glitterbox in Lowell (ask a punk) on Saturday, March 14th with pals daisybones,Wax On, Corner Soul, and Rasputin. These homies need love & why not go to a house show this stacked? It’s gonna be, quite frankly, bananas.

Hug your friends & tell them you love them because they deserve it. But so do you.