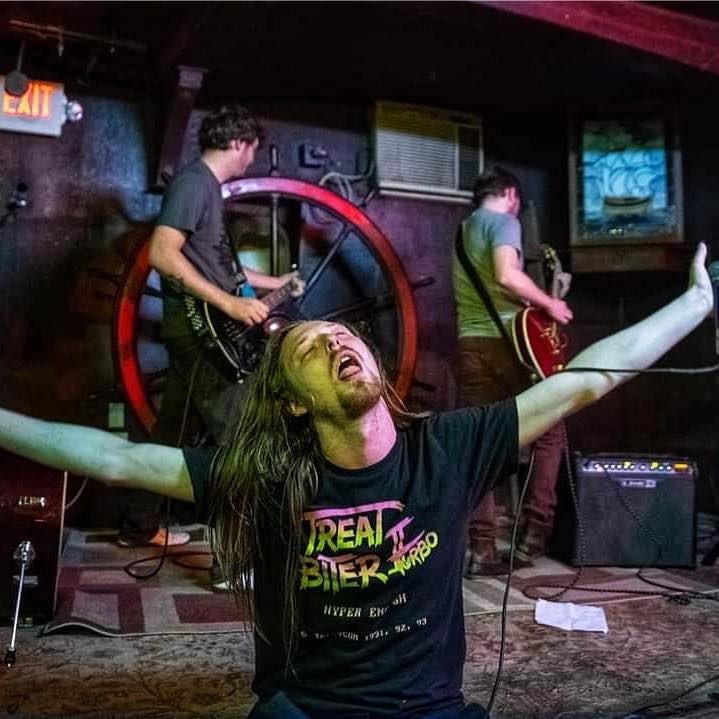 As the booker for Lowell-based event planner the Noise Floor, Mike McMahon (known by his alter ego “John Wayne Swayze”) has his fingers in many musical pies (to coin a weird metaphor).

The organization has booked shows all around Lowell and the Boston area, frequently with Spin-featured artists like SkyTigers, Inspector 34, and The Natty D’s, among many others. As if that wasn’t enough, not only does he also split his time between fronting punk acts :Satch: and Circus Battalion – he’s also a stagehand for the Massachusetts event booking agency Bowery Boston. With such a wide range of experience, it stands to reason that there must be some really good answers to…

Right now my favorite person to have on a show is comedian Alan Richardson, who recently launched the Dead & Mellow comedy label. If you haven’t seen A Very Sad Man in action then you’re missing out. As for musicians, I miss Pat Simas and want to see him play again. I’ve been introducing :Satch: as Patrick Simas for like 5 years now since the last time we played together.

Oh shit, am I supposed to have passions outside of music? I pass the time getting stoned and drinking Jameson – my favorite hobby is abusing my body wondering when I’m gonna fucking die but that might just be the seasonal depression talking.

I wish the Lowell and Boston music scenes overlapped more. The Lowell scene breeds a certain type of weirdness that I can’t quite describe, and I love when that seeps into the more normal, rock’n’roll style of Boston. Of course, as a dude who books Boston and Lowell, I guess I’m just bitching at myself for not doing more overlap.

5. What’s your favorite place to eat in Lowell?

(This question comes from the previous 5 Questions interviewee Heather Millette)

Circus Battalion will be releasing a new EP of songs in the coming months, and will be performing at Charlie’s Kitchen in Cambridge with Skytigers, Brix’N’Mortar, and Rage//quit on March 9th. :Satch:‘s new EP This Is A Picture Of The Prophet Mohammed is now available to purchase via their BandCamp site. They will be performing at Thirsty First on May 29th with Street Milk, Knock Over City, and others to be announced.