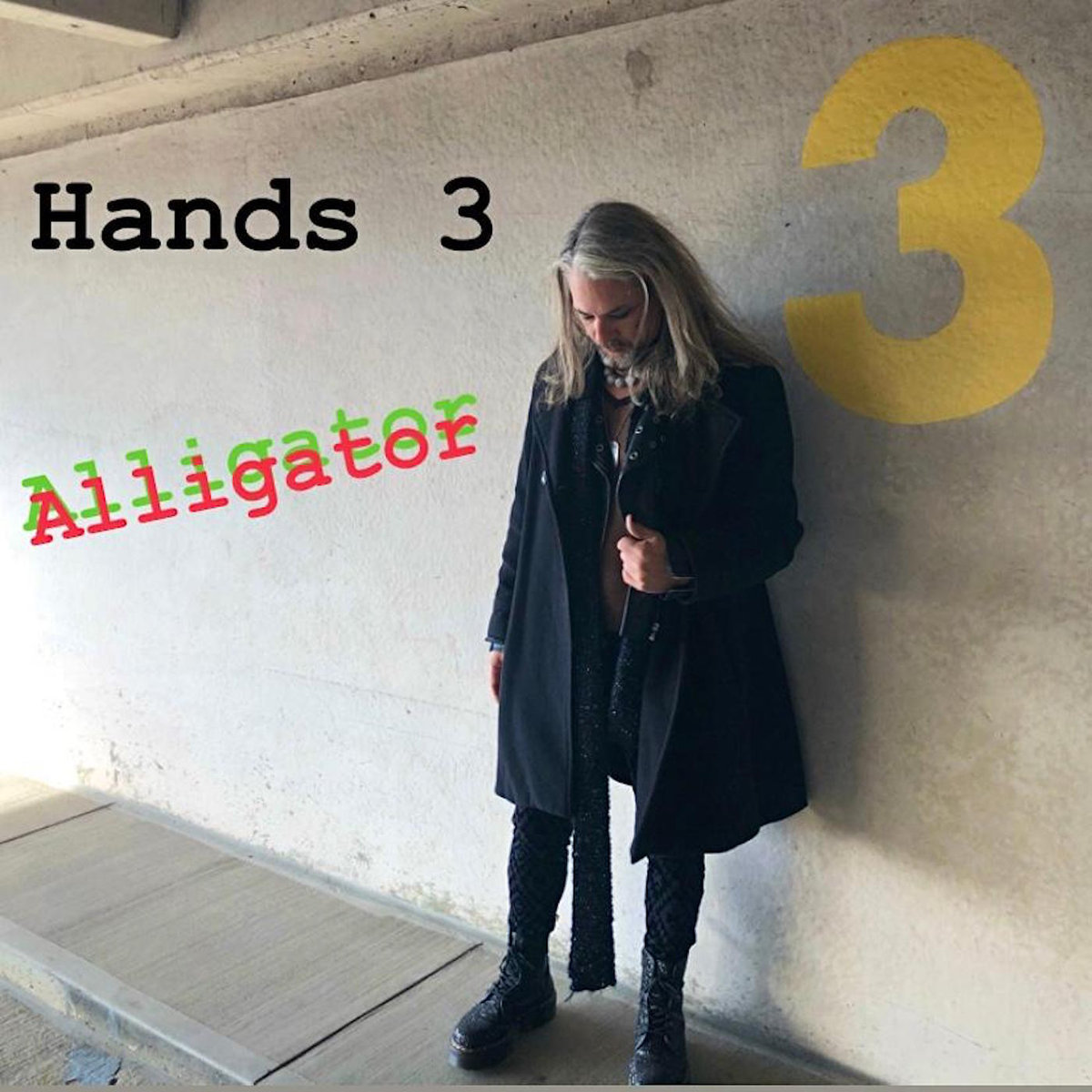 One of the great breakthroughs of 2019 was the rise of Corner Soul within the Lowell scene, who delivered an eccentric, multi-genre shot of glamorous pageantry directly into the veins of the ill-prepared Mill City, and earned a slot in the famed Rock N’ Roll Rumble.

Yet, while Corner Soul and their glittery frontman Tom O’Donnell dazzled audiences, a crew of mysterious musicians were right there in the background, providing the score. Among them was the project’s enigmatic bassist known only by the mononymous moniker of Hands, who in 2020 is clearly determined to make a name for his own project, one that promises to be every bit as glammed out as Corner Soul.

Hands’ project, Hands 3, was briefly teased at the tail-end of 2019 with the release of their single “Questions“, an angular burst of scum-guitar adrenaline, and a solid piece of indie punk equal parts glittery and gutter-soaked. A mere month later Hands 3 has released Alligator, the project’s first EP and a tonal expansion of sorts on “Questions.”

Whereas Corner Soul regularly switched sounds on a dime, Hands instead opts to go all in on the group’s 70s glam-punk influences to dynamic effect. With verses about quicksand dancing virgin sacrifices and chemical emissions (esoterically sexy lyrics that invoke struggle amidst urban sprawl), Hands’ John Doe-like croon is bolstered by dagger-sharp guitars, and heart-pounding drums, harkening to all the best portions of Iggy & The Stooges, the New York Dolls, and his own Corner Soul compatriots. It’s five songs to throw bricks through windows to, draped in a lascivious, glimmering lacquer that penetrates through thick layers of metropolitan decay.

If there’s a downside to Alligator, it’s that it barely comes in at under 20 minutes in length, making it a short but potent and satisfying shot of sexy glam distortion. Hopefully a full-length will not be too far down the line.