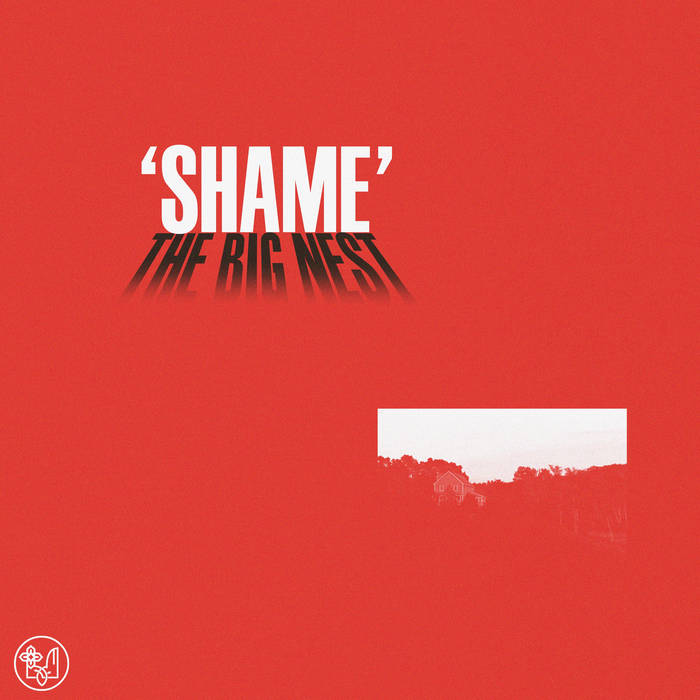 By Dakota Antelman
In Reviews
on February 2, 20202 min read

Noise rockers The Big Nest tell a number of stories in the near 80-minute runtime of their debut record Shame.

For one, there’s the melodic slice of life offered on track four, “Cambridge Beach.”

But, for all their stories none seem more powerful and omnipotent than The Big Nest’s self-aware, autobiographical retelling of their own fight with the limits of sound and noise. Indeed, mysterious and suddenly arriving, this quartet has crafted a sonic masterpiece that pushes their own genre and explores new ideas of narrative while rarely uttering a spoken word.

They start on a unique foot, opening with the almost exclusively a cappella title track “Shame.” This song includes no full words, but swells in a chorus of humming and vowel sounds. Vocalist and primary sound engineer Ethan WL shows his chops, layering his own voice in what seems like a mile high short stack of sorts, compressing and reshaping the sound into something that feels massive and alive.

The band leans back into this style of soundscape vocals throughout the album after “Shame,” most notably humming on “New Song for David Berman,” “Cosimastrabe,” and “Shame 2.”

This level of vocal manipulation feels fresh, and the band further stretches the noise rock mold through instrumentation atypical of the genre. There’s flutes, woodwind instruments, and even possibly a didgeridoo on “Intro.” Soaring cellos add a dark tension to “Cosimastrabe.” Bongos and bigger drums swallow “I Can’t Believe My Eyes,” and chimes pair with marimbas to drop flashes of gentility between The Big Nest’s crunchy synths and teeth-gnashing guitars on “Waiting for Rain.”

Genre evolved, The Big Nest has, on Shame, brought their brand of noise rock to the doorstep of pop. Though never coming close to actually sounding completely conformist, the band has still borrowed from the most catchy modern music to weave bubblegum melodies into the gorgeous muck of their mixes. “Oh Isabella” uses samples, sharp guitar riffs and clean synth stabs to offer a sound resembling a dance beat pulled through a wood chipper and reassembled in a jazzy, syncopated shape. The guitar riff on “Former Feeling” even faintly resembles the stuff of pop meme-lords like Lil Nas X, introducing a satirical voice to The Big Nest’s work.

Altogether, The Big Nest has crafted a musical Rosetta Stone of sorts. There’s the typical noise vocabulary that voices violence, anger, and chaos. The orchestra of diverse instruments beyond the drums, synths, and guitars then speak to culture and atmosphere. The prominent vocals add obvious humanity, warmth and complex emotion to the lexicon.

With all this, the Big Next could do any number of things. On Shame they’ve opted to extend an honest, self-respecting hand to the masses and they’ve settled in for a session of primal storytime.