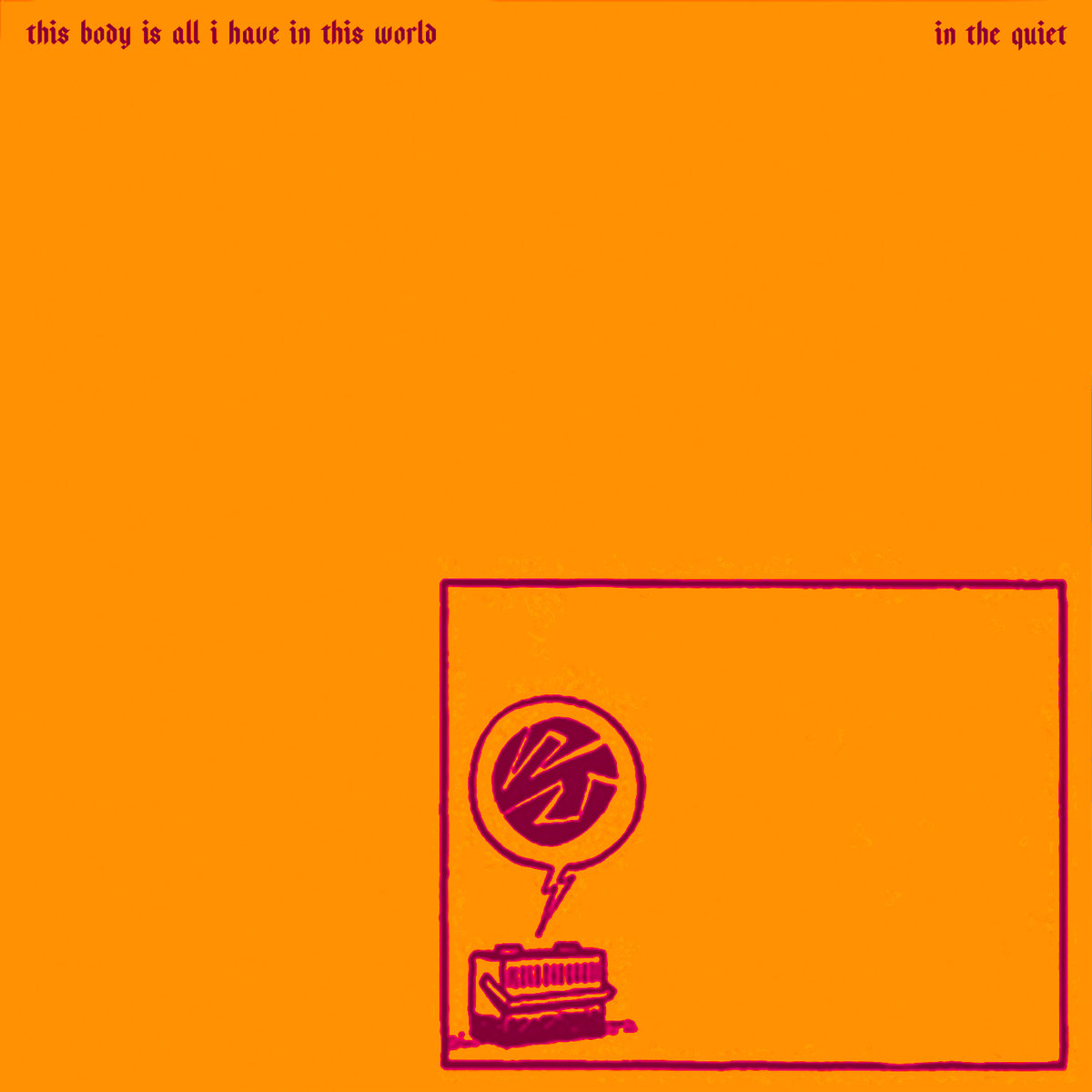 Review: This Body is All I Have in the World – In the Quiet

This Body is All I Have in the World released their debut EP, In the Quiet in late November 2019.  They give us six innovatively composed songs that are at times bittersweet, but at times also as bleak as their band name and album title would imply.

The band is a two-piece based in both Lowell and Salem with Tyler Zucco-Bernard on guitar and vocals, and Joshua Larrabee on drums.  There are also a couple of guest appearances by Lauren Mercer who provides vocal harmonies on several tracks and Brian Donelly who plays saxophone on “Heart of Rust.”

TBAIHITW plays indie rock that is influenced by shoegaze and post-punk.  This is evident with their heavy use of guitar effects, fractured song structure and monotone crooning vocals that are reminiscent Ian Curtis. That being said, their songwriting style is not limited to any single genre. For example, “Now Here and Nowhere” and “Swimming/ Numbers” both have breakdowns that sound like they drew from math and prog rock. And “Heart of Rust” combines post-rock with smooth jazz as guest performer Brian Donelly’s laid back sax playing accompanies Zucco-Bernard’s reverberated jangly guitar notes.

Compositionally, the band does not follow the traditional verse-chorus-verse structure. In fact, they don’t seem to follow any traditional songwriting structure. It’s often difficult to tell when one song begins and when one song ends. Some tracks sound like they are songs within songs. This might be best exemplified in “Swimming/Numbers,” which starts out sounding like a punk song that evolves into prog/math rock and concludes with a wall of sound noise rock fest. Despite the seeming randomness of the song, it does have a nice flow. It is not a song made up of random fragments strung together.

Another noteworthy feature of the album is its overall dark tone. The EP is described on their band camp page as an album that “talks about the, often far too quiet, world of depression.” The frequently used minor-key tonality and downbeat tempos brilliantly convey this theme.   The mood definitely is fitting for songs with titles such as “Heart of Rust” and “Now here and Nowhere.”

This Body’s post-punk and shoegaze influences are very prominent. However, the EP is not limited by these styles. The band lays a foundation consisting of their post-punk and shoegaze sound.  They then build upon that foundation using other styles such as jazz, math, and prog rock. It’s a songwriting approach that I admire and leads to consistency without repetition.  I look forward to hearing what else they can add to the musical foundation they’ve built.