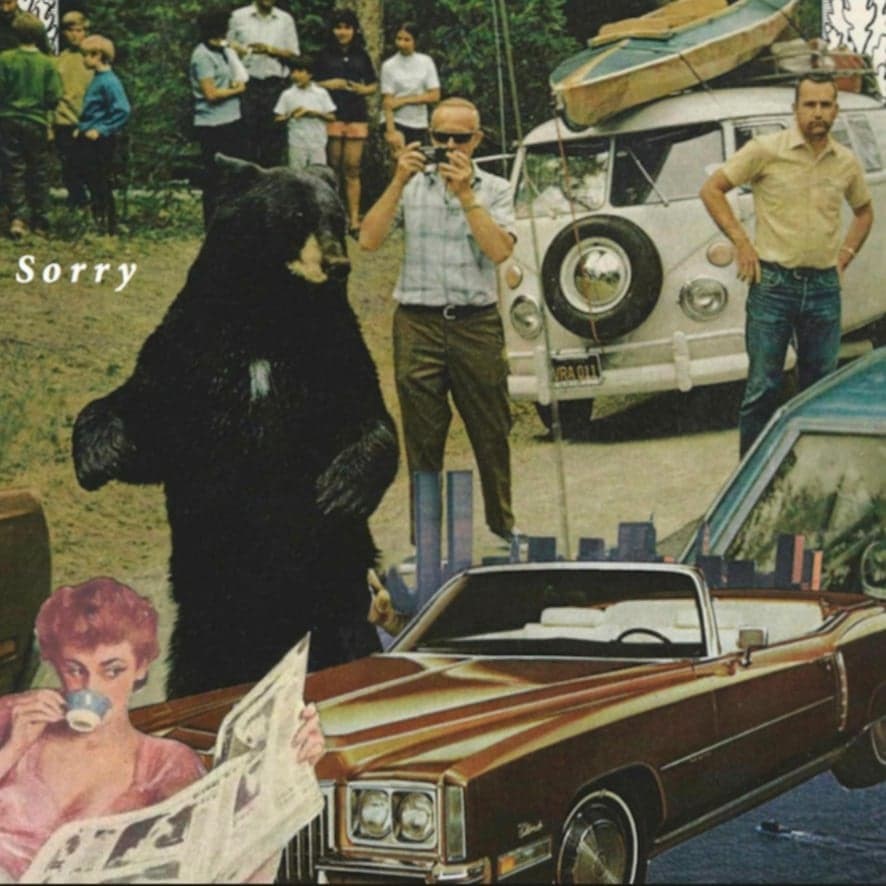 Almost one month after dropping his single “Disaster”, Zachary Boudrot releases another powerfully moving song, to be featured in his upcoming album, titled “Sorry”.

“Sorry” is the type of song that you have to re-play immediately after listening to it for the first time. And then play again after that. And again. And again. And then, maybe a few more times. It’s the type of song that pulls you in with the gentle, raw, exposed acoustic guitar, keeps you because of the harmonies that melt like candle wax in the sun, and layer perfectly like a Kit-Kat composed of chords, and have you looping it time after time due to the emotion, and the sting of relatability. Each twang of the guitar string a twinge of pain. Each “sorry” sung, translated to a “sorry” that has been unspoken, draped in the air, or said too late.

This song sent me through the seven stages of grief because upon the very first listen, I could relate it immediately to a person and situation in my life that happened in my past. It sent me right back to those naked, deep, complicated emotions, and so naturally I had to keep replaying it to figure out how a song so short, sweet and to the point was all of the things that it was: complex, intricate, and so god-damn spot on. I went through shock that I could so easily tie this song back to an exact point of time in my life, denial that I still had strong feelings about this situation, and the guilt that naturally comes along with reflecting on one’s past that has caused themselves, and others, pain.

Then as it goes I experienced anger, thinking about this point in my life that I believed was far expired. When getting to the climax of the song (the part that awakens the piece of you that maybe naively believed you somehow couldn’t yet relate this song to a time in your life, past or present) depression and reflection pulled through strongly. And then finally, as Zach Boudrot essentially starts to lay the song and the emotions to a sort of rest, I worked through the pain and sorrow again and ultimately accepted all of those feelings (and the past) for what they were. Then, finally, I grasped onto just how powerful and moving this song is.

Not only did Boudrot deliver a song that truly hits home, but he did it with some assistance from two of the most incredible, bad-ass musicians: Jess Hall (oldsoul) and Dillon Bailey (daisybones). Hall and Bailey bring a brilliant balance of support and power to the build of Boudrot’s song. They help to drive the song home, and to even show that “sorry” often times comes from more than just one party. Hall and Dillon are confirmed to be singing on a few other tracks off of Boudrot’s upcoming record as well.

If you’re looking for a song to make you feel nothing and everything all at once, “Sorry” is that song. Boudrot leaves the listener with a yearning for deeper answers and meaning to the woes of their situations that have warrant for “sorries”. Boudrot also leaves the listener with all of the tools to dissect the explanations they’re looking for, or to at least give themselves acceptance. “Sorry” will tingle all of your taste buds, and leave you yearning for what is to come off of his new record, with absolutely no apologies.