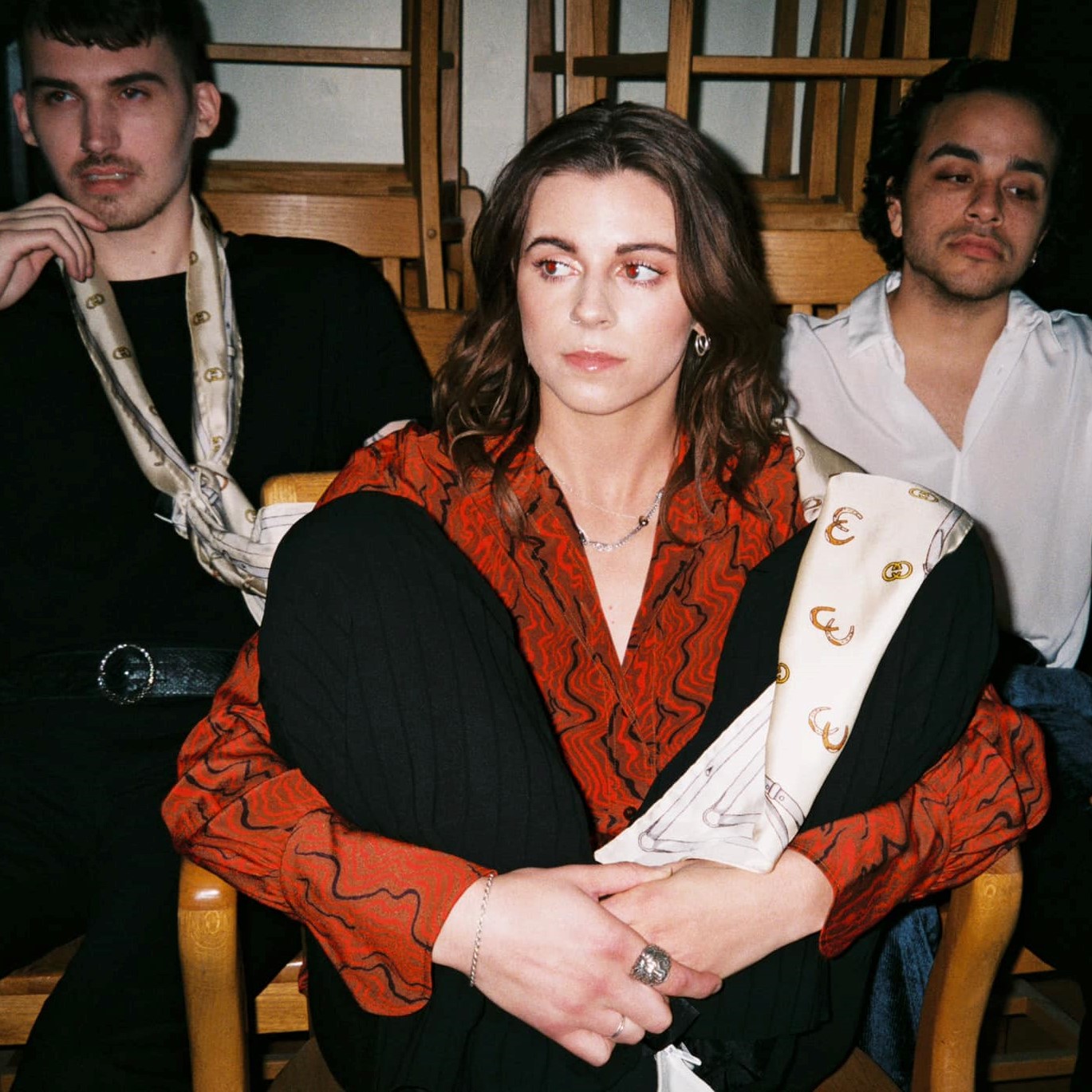 When you watch a music video, something really subtle, yet fascinating starts to unfold. You’re viewing, you’re listening, you’re recognizing patterns. You’re interpreting the content and all the while, you’re keeping a clock that ticks down to see how much time passes before you’ve “figured it out”; before you get the message, you solve the puzzle. The theme is clear, the motifs and the gimmicks lose their appeal and, in about two minutes, you’ve re-entered the boredom that might’ve pushed you to start watching in the first place.

You might not even know it, but when you start that video you’re already looking for something; something fresh, something peculiar. Something unpredictable.

This is the one. Go watch PVRIS’s video for “Hallucinations” below. Come back and we can talk.

Right. Great decision to make everything seem physically plausible for about half a minute before the ominous cumulus portal appears. Then we buckle up and join the band for the ensuing trip. Plot details aside, PVRIS shows just how conscious and surgical they can be with their songwriting through the use of space and auxiliary layers in “Hallucinations”. The first chorus cracks open in a timely fashion and its vocals, sung in octaves, induce an awesome, unexpected auditory whiplash for the listener. The ambience laid by the strings intermittently throughout the song works beautifully, especially at the beginning of the bridge. And, of course, the distorted sonic scrim that sheathes the vocals sets the listener up to be knocked back down by the punch of the fat, crunchy guitar lick that follows.

The mix is phenomenally balanced. The song’s dynamic flux is strategic, as the band demonstrates by constantly building through the first chorus and maintaining that energy using things like filtered vocals and MIDI atmospheres. The song is as mesmerizing as it is hard-hitting. It’s got a slick vibe and really infectious melodies. Sonically, it’s a marvelous fit for such a trippy video.

The camera work is magnificent here. Everything from the geometric transitions between sequences to the manipulation of speed and time indicates a profound understanding of how to make the practical and ordinary seem impossible and mystifying. The 3D animation and, for lack of a better phrase, shock-factor of some of the other sequences highlight an appreciation for all that is occult, nightmarish, symmetrical and surreal, akin to the likes of Alejandro Jodorowsky.

What I love most about the video is its thematic twists of sensory experiences. You recognize the poetic duality of pairing of awesome, metaphorical visuals and literal eyes. You notice just how warped mouths become each time they’re portrayed. The feelings of dirt, bugs, crisp linen dresses projected onto the viewer go a long way in reaching through the screen to play with the viewer’s perception. Every cut in this video leads to some freakish take on the five human senses. It’s erratic, it’s haunting, it’s strange, it’s intoxicating.

What’s more, the sequences rarely repeat. My eyes continually grew wider, my lips pried even further open, my brow remained crinkled with each new event. A humanoid creature leaving the pool, the elixir being poured by the mysterious figure, the golden tears being shed; all of it kept me compelled and bewildered. Even after understanding the metaphors and figurative elements to the video, at no point did the visual sequences ever grow boring.

Overall, this video is an excellent depiction of the surrealism that has been romanticized over when discussing hallucinations and the subconscious. The boundaries between the permitted and the absurd are masterfully blurred to produce an absolute spectacle. Make sure you’re sitting down in a safe place when viewing.
~Luke Pelletier