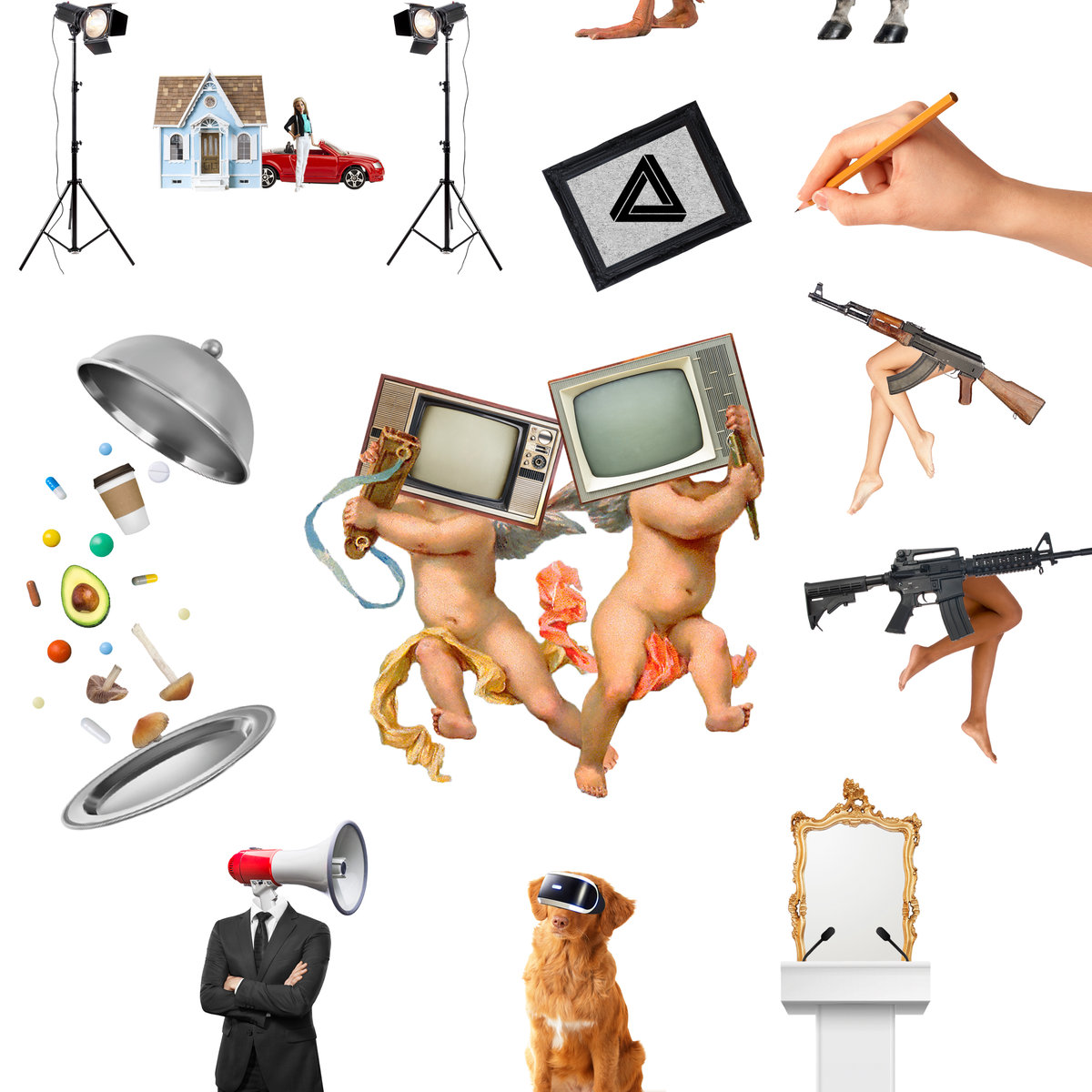 If I were a more pretentious music critic than I already present myself as, I’m sure I would have a long-winded hyphen-laden category to describe the solo debut of Travis Benson. As it is, the most I can come up with is “post-modern-whimsical-fatigue pop”.

The Haverhill-born singer/songwriter has already established himself as a notable presence in the Lowell music scene through collaborations with the city’s Sad Milk Collective of artists and musicians, particularly via guitar contributions to various releases by Inspector 34. Though Benson has a longstanding pedigree of fuzzed out indie rock to his name, his self-titled solo debut maintains a deft understanding of melodic pop rock, one that isn’t widely expressed among the hipster confines of the Mill City.

Across seven tracks, Travis Benson (Both the album and the performer) covers a variety of moods ranging from playful irreverence to dour bleakness. All the while dipping in and out of styles on a whim, at points diving right into the deep end of twee, such as on album opener “Sun’s Song” (Which features backing vocals from Bent Knee vocalist Courtney Swain), or jumping to fancifully arranged Britpop-like tunes such as the free-wheeling “Sky And Weather”, and then abruptly shifting to “Dancing Mania”‘s instrumental art-prog (Which clearly owes a boon to the quirky pop experimentation of Todd Rundgren’s Utopia) with little to no provocation between them.

Amidst the various genre hops and shifts in sound on Travis Benson, there is an unspoken theme at work that ties the seven tracks together; exhaustion with modern life. Travis Benson is filled with songs about internet and media overexposure, memes, 9-to-5 jobs, while containing an undercurrent of unease and existential dread hidden beneath the surface of the pristinely polished production and catchy melodies. (The liner notes snarkily feature a special thanks to “Brian Williams, Geraldo Rivera, and the twenty-four hour news cycle”) It’s a singularly fascinating and morbid contrast to a surface-level sound that seems to almost desperately drive home that everything’s fine and nothing is broken. It’s that contrast that elevatres Travis Benson (by Travis Benson) from being a good experimental pop debut to being an exceptionally great experimental pop debut, equal parts infectious, disturbing, brilliantly arranged, and a remarkable entry into the Sad Milk Collective timeline.

For Fans Of: They Might Be Giants, Daniel Johnston, Todd Rundgren’s Utopia, Steve Burns
Key Track: “Sky And Weather”