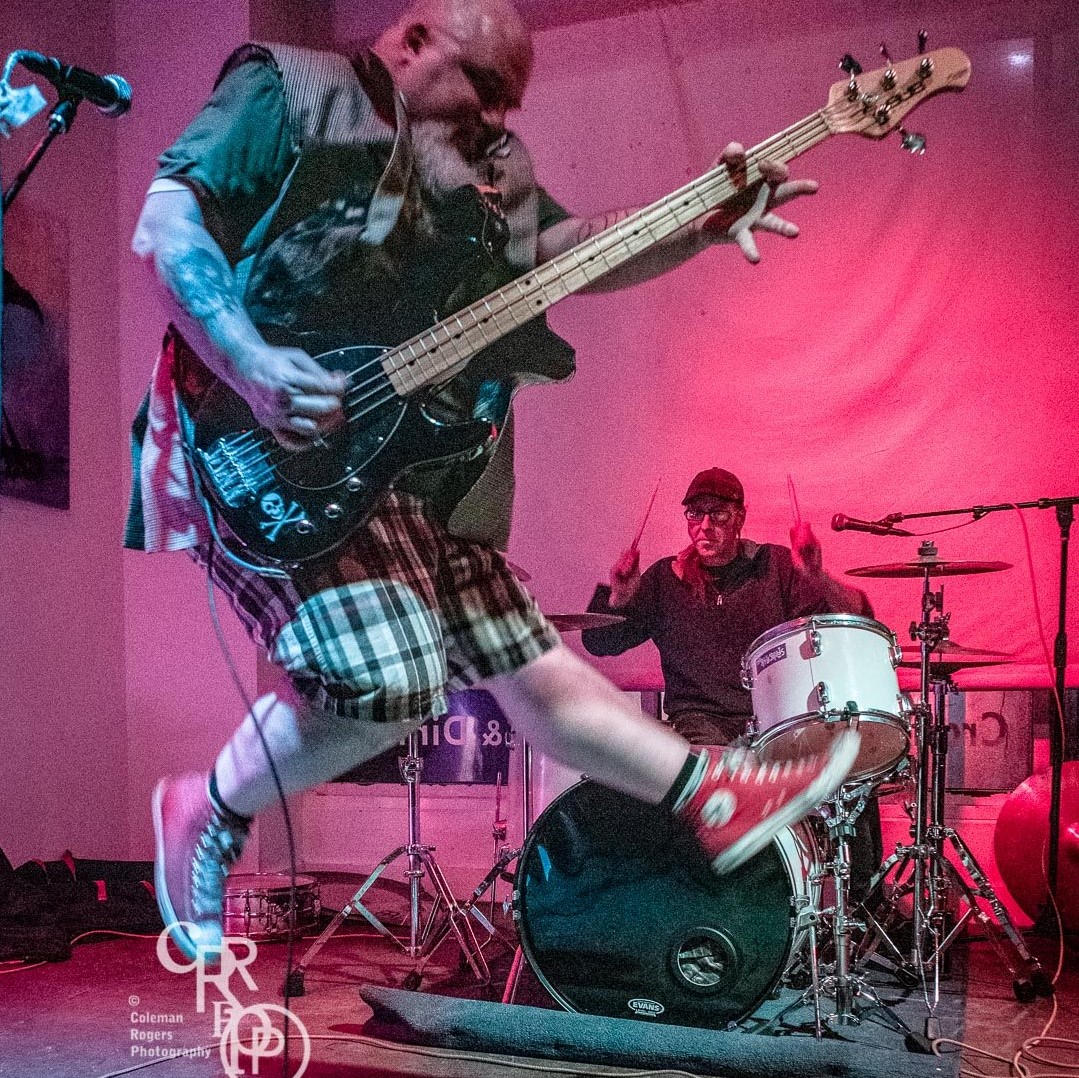 5 Questions For: Jim Phelps of Captain Martini and The Key-Stoners

For all the different varieties of sounds permeating from the Mill City, make no mistake: Lowell is a punk city at heart. It’s home to acts like the colorfully named power-duo Captain Martini & The Key-Stoners, (Occasionally with 3rd member “Kung-Fu Grip”) who performs garage-punk with a raucous and unheard of ferocity, and an unhinged live presence to match. Now we at the Lowell Spin turn to Jim Phelps, the wily and elusive frontman of this potent pair, to once again dig out…

You Think That Is A Secret But It Never Has Been One, by Inspector 34. Been loving this record, every time I listen to it I hear something new. I don’t know how they do that.

I’m not shy about this, I will annoy bands that I like until they give in and do a show with us, or I will bother Mike Dailey at UnchARTed until he puts us on a bill with a band I like. That is how I got to be on a bill with Pile and Bent Knee by being a pest to Mike. Currently I’m pestering The Gala.

I’m an obsessed failed writer. I wrote two novels. Two people read my 1st one and twice as many people read my 2nd. I’m currently working on what will most likly be my 2nd screenplay that will never get made. My most successful written work is a short skit I wrote that is on YouTube called Alternative to Spanking. Mike and Angie Bruce are in it, so I recommend looking it up.

Battles Of The Bands. I hate them. I understand they help attract an audience so I see why they exist; I just don’t like it. I don’t think art should be a competition.

5. Who do you consider your musical soulmate? Which is to say what famous artist/musician do you feel best compliments/completes your sound, style, or aesthetic?
(This question comes from the previous 5 Questions interviewee Kylie Eastman)

Interesting question. I would like to say Robert Pollard because I’m a GBV nerd, but that is not totally honest. Most likely it’s Keith Morris from Black Flag/Circle Jerks/Off!, it seems like that typical angry punk stuff but hidden in his lyrics is a strong self awareness, like part of him is always wondering if he is wrong. I think I fit in with that. On one hand I’m standing on my soap box, but on the other I’m apologizing for complaining.

Captain Martini & The Key-Stoners w/ Kung-Fu Grip are currently at work on a new studio full-length. Jim Phelps will also be working on a solo Captain Martini record soon. Their previous releases can be streamed from their Bandcamp site.