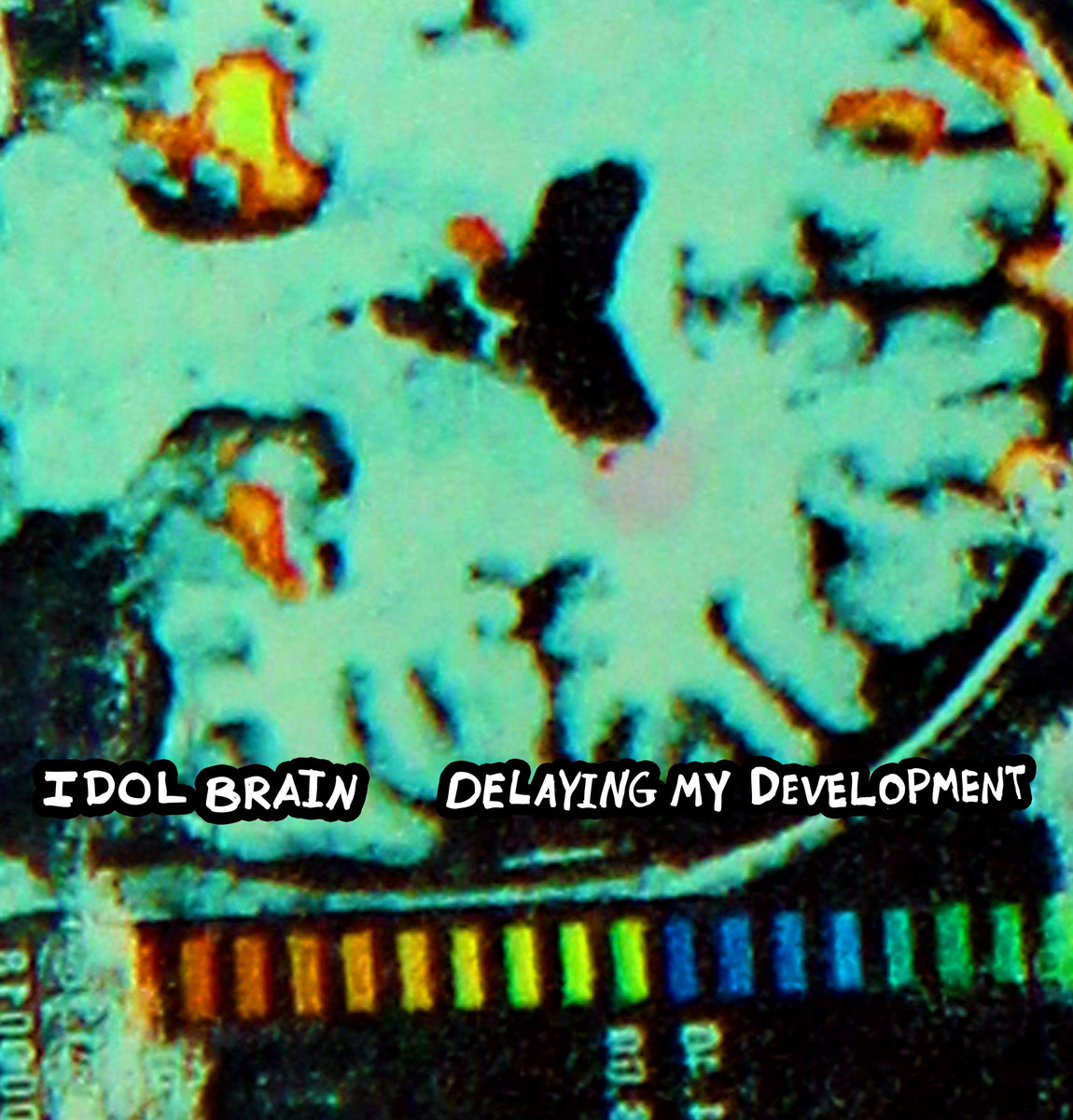 Seeing a live performance by Lowell-based noise/synth performer Idol Brain (Jefrey Hall) is a singularly visceral and dynamic experience. As glitchy, otherworldly noises blare and bleep in and out of existence, there stands Hall (Or bounces and sways in a free-wheeling manner, as the mood may permit) behind a mountain of pedals, analog synths, and loopers, alternating between primal screams and falsetto vocals not unlike those of Michael Angelakos of Passion Pit. It’s the kind of stage performance that all but assures the same show will never happen twice, and proves to be difficult to replicate in a studio setting.

For this reason it only makes sense to forego the studio and do it live…mostly. Idol Brain’s latest full-length, Delaying My Development is technically a live recording in that it was recorded and performed entirely on the spot, (By Inspector 34‘s resident synth wizard Silas Price) minus an audience. The final product that is Delaying My Development is frankly beyond characterization.

At times it screeches and screams ferociously like any good noise project should, other times it engages in the kind of cerebral, glitch-heavy experimentation that Aphex Twin could only dream of, and other times as if by accident it drifts into snotty, definitively synth-punk terrains. Whatever hat Idol Brain chooses to wear throughout the record, one can expect at least one constant: auditory chaos. And in a world where long-standing institutions and mores are slowly crumbling to bits, perhaps that’s what we all need most, because this clamorous cacophony of white noise, stuttering retro drum machine beats, and video game bleepity-bloops makes for one hell of a catharsis, and sure makes a swell tincture to embrace the havoc with.

For Fans Of: The Knife, Autechre, Dan Deacon, Merzbow