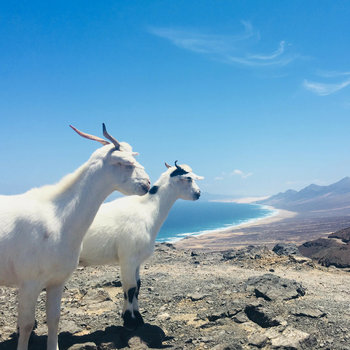 Cam Knopp has a YouTube channel full of guitar covers and tutorials helping musicians mimic their favorite tracks. The most recent videos on that account, however, are no covers, and, in almost no way employ mimicry — even of himself.

With the recently released Plural EP, Knopp and his brother Corey have not only created a slickly produced and mournful pair of original songs but, in fact, entirely reinvented the sound of their band the Knopp Brothers.

On Simmer, the lead song on the EP, a crystal clear acoustic riff floats in a lazy river of its own reverberation before picking up around the one minute mark with a synthetic drum beat seemingly plucked straight from the charts of modern top 40. As the track chugs along from there, it continues to build particularly as the brothers add layer after layer of guitar. Some licks soar, others hum with repetition, all together, they warm and texturize that aforementioned waterway of sound. Additionally, throughout the song, Cam’s voice rings with a kind of vocal command not heard on previous releases and suddenly reminiscent of folk superstars like Gregory Alan Isakov.

As much as that’s a credit to his maturation as a vocalist, it may also be the handiwork of Karan Marwah who mixed and mastered both Simmer, and its companion on the EP, Ghosts. The mix and master are smooth, robbing neither Cam’s voice nor the complex guitar it rides of any of their dimension or gentility.

All and all, Plural is a delightful hint at what the Knopp Brothers could soon become. Adding more and more shows by the month, particularly in the Lowell area, the duo are ready to rock and are already teasing more songs on their Facebook page.

For a band birthed from a home in Milford and still returning to that home to record all of their music so far, music fans can only hope those steps taken with the rock solid Plural in hand soon turn to a run.