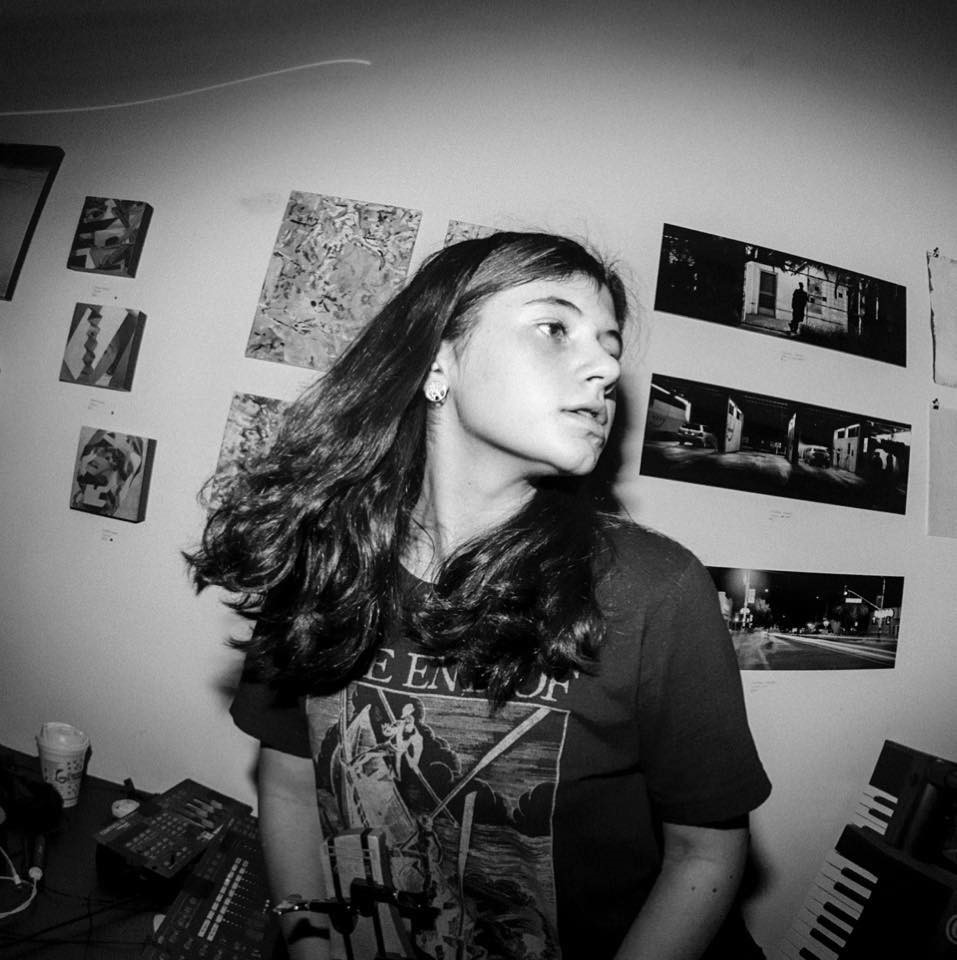 Finola McCarthy of rock trio Circus Trees performs sadcore/shoegaze music with a wisened and world-weary prowess far beyond her years. With her siblings, she conveys a bleak, nihilistic, and often macabre sound reminiscent of like-minded, 90s indie heroes like Mazzy Star as well as somber singer song-writers like Cat Power with her mournful vocals and messily distorted guitar-playing. We caught up with her recently to ask, as we have so many other Lowell scene staples:

That’s a tough one because I listen to a lot of music on a daily basis. Whether I put it on in the background or really sit down and listen to it for what it is. But I believe the last great album I listened to was on the way home from a show at the Bungalow in New Hampshire. The album was Dealer by Foxing. This album is, in my opinion, a masterpiece and is definitely one of the most beautiful pieces of work I’ve listened to. The reason I think this album is so compelling is because the songs aren’t mean to stand alone. Foxing created an album, they didn’t just write 11 songs hoping at least one of them will be a hit like a lot of bands do these days. Dealer takes you through a journey, and leaves you with a feeling of closure at the end of it.

One of my favorite artists is Julien Baker, and I would die if I had the chance to share the stage with such an amazing musician. Of course I’m aware that Julien Baker is quite acoustic and on the other hand my band Circus Trees is quite not. But looking past our volume differences she is really just so talented and inspiring. Sharing the stage with a person like her would be a life changing experience.

Music is a huge part of my life so doing other things definitely helps me take my mind off of it sometimes and take a break. I’d say soccer is my main passion outside of music. I think I’ve been playing soccer for about 9 years and it’s just a great stress reliever and just being on the field lets me forget about everything else going on in my life. Other than soccer I do a lot of extracurricular activities since I’m still in high school.

I’d really like to see a music scene that is open to all artists regardless of their age. Being on the younger side it’s obviously important for me to be able to play in as many venues as possible but often times those venues are restricted to age. As an artist and a performer I don’t think I should be judged on my age but on my abilities to perform. Somehow venues need to figure out how to get over alcohol sales being a measure for success of a musician.

To be honest I don’t really see colors relating to music or anything but I’ll try my best. I think one of my favorite keys in music at the moment is D major. I know its weird I write such devastating songs and my favorite key is a major key. The reason for this is because major keys don’t necessarily have to be happy, in fact turning such a happy key sad somehow makes things sadder. The key has the potential to be happy but I simply strip that away from it by adding lyrics. I feel like D major is a deepish blue mainly because blue could be happy color but also ends up representing sadness sometimes.

Circus Trees’ new EP Sakura is now available for streaming at their BandCamp page, after having previously only been available on vinyl. They will also be appearing at Koto in Salem, MA on March 16th, along with Adja The Turkish Queen, Jakals, and Parrot.