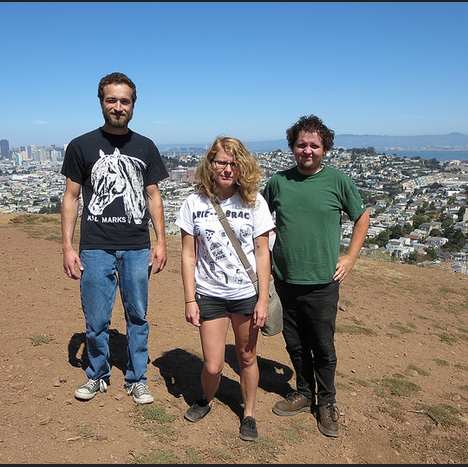 What the Hell? Big Mess

Let it be known, first off, that I am a big fan of Big Mess. This is in no way a dig at them. Now, on to the article.

Hey Big Mess… what the hell? I saw that you posted on Facebook recently that you were playing a show, so I checked in on your Bandcamp page to see what was new, but your latest release was in 2016. I know, I know. It’s not a long time in the grand scheme of things and good things are worth waiting for. Big Mess is just such a fantastic band, and I was hoping for something new to listen to.

A lot of times friends, or podcasts, or some other avenue will open up a line of new and exciting music. My introduction to Big Mess was very different. Our very own Joel Gray and I had gone into downtown Lowell for one reason or another, parked at the now defunct lot near what was once known as Ward 8 (now Thirsty First), and heard some really fantastic music coming from inside. We looked at each other and agreed we NEEDED to check it out. We abandoned our original plans and went inside. It was the best decision we made that night… somewhat because I don’t remember anything else from that night, but mostly because Big Mess was the best thing we’d heard in a long time. This was probably 3 or 4 years ago.

Big Mess is gritty. Big Mess is organized yet chaotic. Big Mess is a break from the norm. These three people combine into one amazing entity. Check them out when you can and you will not be disappointed. I plan on getting out to see them again when I’m not feeling so old and run down, and when it isn’t so cold (the cold hurts my bones).