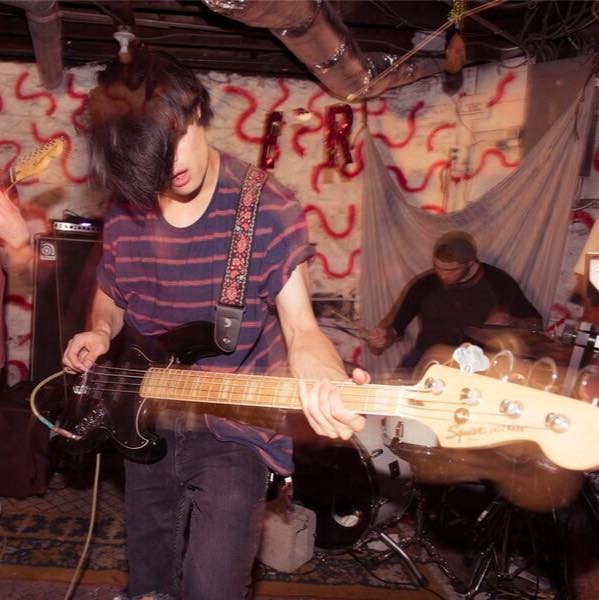 5 Questions For: Dillon Bailey of Daisybones

For the hook-laden, sing-along choruses of your favorite indie rock, the heavy fuzz distortion of your favorite 90s alt act, and a general free-wheeling, devil-may-care attitude akin to Pavement hooking up with Surfer Blood for a couple of Schlitzes, there’s few better than the Lowell quartet Daisybones. At the helm of this crew is bassist/vocalist Dillon Bailey, who brings an addled-yet-potent vocal shout to the proceedings, for a performance which is high on energy, yet beckons the listeners to lazily drift with them into a rock n’ roll stupor. To him we now posit…5 QUESTIONS FOR DILLON BAILEY

Beyondless – Iceage. This record is so cinematic and quirky, and it’s riddled with poetic and captivating moments.

Thee Oh Sees. Or maybe Animal Collective. One of those two. Or maybe The Districts.

Ya know what? If it were a show with all three of those bands it’d be rad as hell. I don’t even think I’d care if we played that I just want to see that show now.

I’m pretty into art and photography. I’m not good at either of those two things but I’m not really good at playing music either so I guess it’s whatever, cha feel? I also play a lot of video games.

Fuck pay to play. Fuck producers and promoters and anyone else who takes advantage of young and naive artists for profit.

5. A lot of scenes talk about the importance of inclusivity. How would you rate our scene?
(This question comes from the previous 5 Questions interviewee Joel Gray.)

It could be better.

I’d personally like to see more female representation in the arts. Especially in music. As an artist, one of my core values is to support my friends and the local community and to provide and enable more artists to come to fruition and prominence. I’d like to see equal representation across the board.

Until we can successfully build a community where the predominant membership of a lineup of any given show is femme/queer/minorities/etc., and it’s not being billed specifically as such, and until bands with female members aren’t being called “girl bands” and are just called “bands”, I stand by my statement that the scene is ok, but it could be better.

Daisybones will be performing at The Town & The City music festival with Surprise Party and Phil Cambra & The Space Cadets at The Old Court on October 20th.

Their latest album Gusto is still available for purchase and streaming through their BandCamp site.