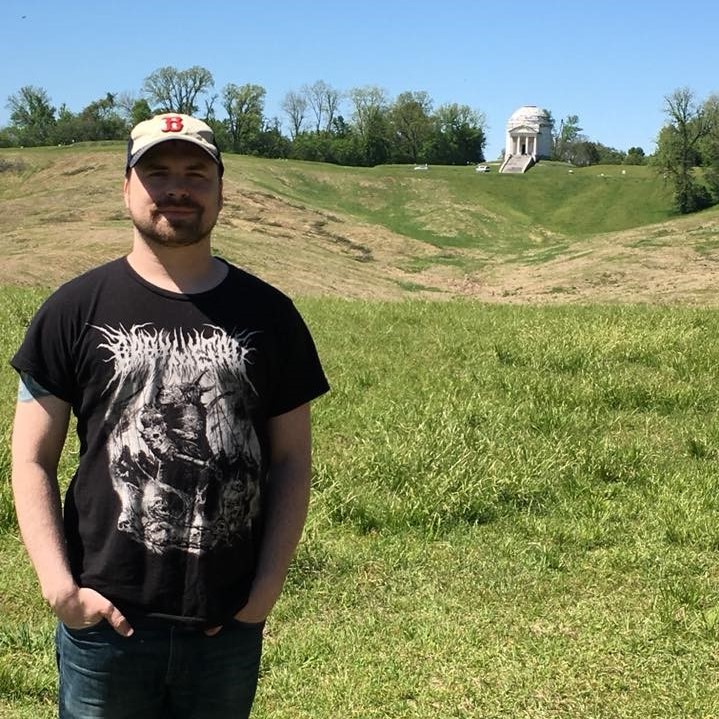 By Lilz Martin
In Features
on September 9, 20182 min read

One of the most prominent and prolific mover-and-shakers of the Lowell music scene, Joel Gray is a man of many hats. (Not literally, if you’ve ever seen him out and about with his trademark baseball cap.) He’s the bassist and co-vocalist for the prog-punk quartet Horse Mode, he’s a booker of shows all around Lowell (most prominently at UnchARTed Gallery), and perhaps most important of all: He’s the founder and editor-in-chief of this very website. In honor of The Lowell Spin celebrating its first year anniversary, we proudly ask…5 QUESTIONS FOR JOEL GRAY

My favorite album this year has been Over Everything by SUPERTEEN. Something about their style of writing and playing puts together almost everything I like about music. It’s like part indie rock, a little bit of Radiohead, along with unexpected changes that are usually only found in math rock. I guess I’m just a big fan of that band in general. Aside from that, the new oldsoul and ill Supreme get a lot of plays when I’m in my car.

My dream bill would be my band Horse Mode opening for Fugazi along with maybe some other locals like Idle Pilot or Shiloh. At UnchARTed. 5 bucks.

It feels like my whole life revolves around music these days except for when I’m at work. I’m either at band practice, playing a show, going to a show, booking a show, or running the Lowell Spin which is essentially a part-time job in itself. When I’m not doing those things I’m probably just going out for coffee, dinner, the occasional nature walk, or home playing video games. I’m also a really big history nerd.

This is tough because I’m always thinking of ways to implement change and usually already working towards it publicly or behind the scenes. I’d like to see more hip-hop artists incorporated into shows. I’d like to see some of the lesser-used venues step up their game and fix some of their glaring problems so they can become more viable.

5. If you were a potato what would your favorite album be?
(This question is from the previous 5 Questions interviewee Kofi Edzie)

A potato is an extremely diverse food in what it can make: baked potatoes, potato chips, mashed potatoes, sweet potatoes, French fries, vodka. I feel like a potato would only respect a diverse band, one that can go in a million directions yet always remain reliable. That being said, if I were a potato, my favorite album would be The Mollusk by Ween.