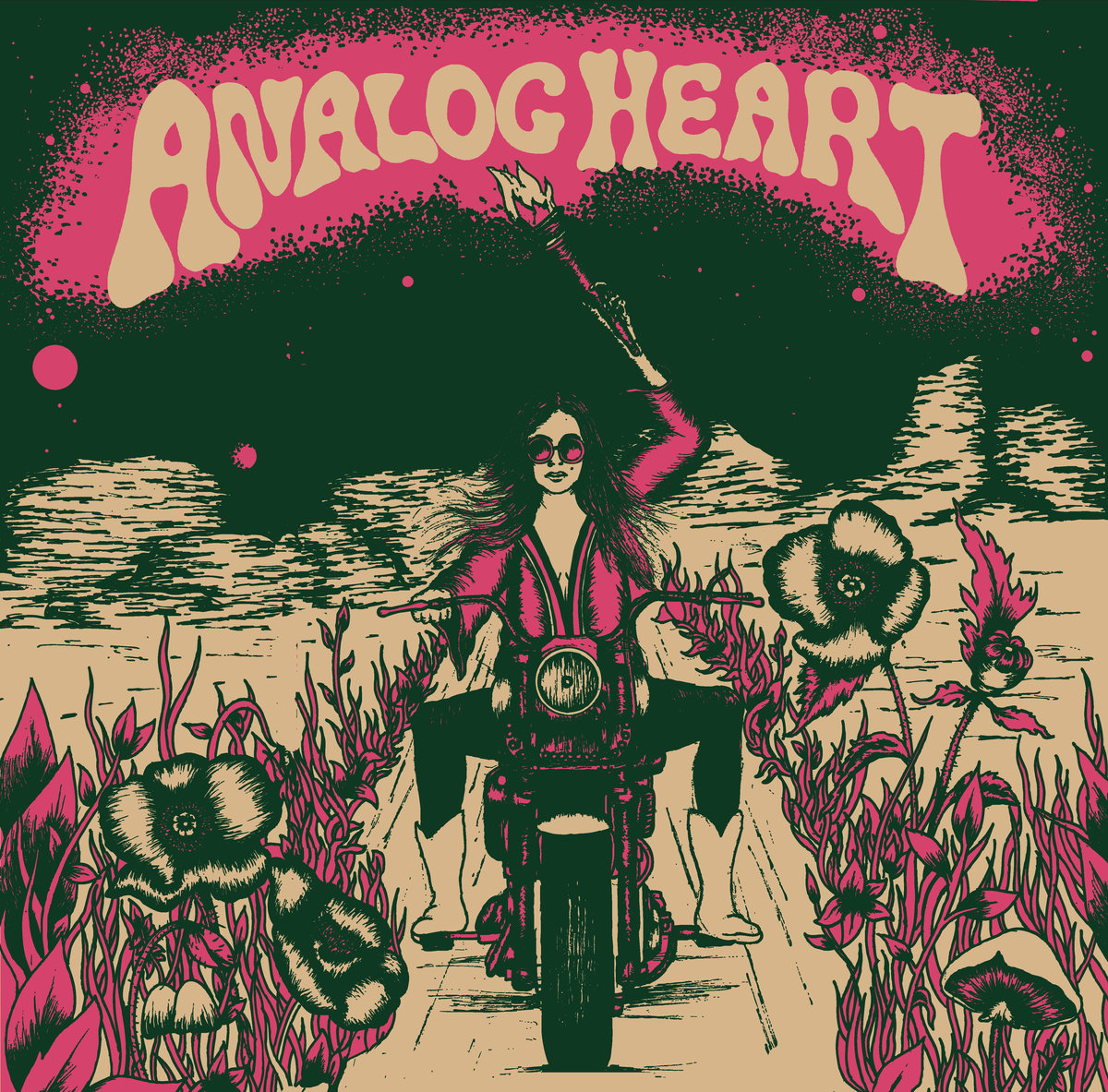 Review: Analog Heart – For Me This Time

Roughly 200 miles from East Durham, New York to my Massachusetts residency  and I completely f*@ked up. Fret not; I won’t waste your time by covering my weekend at GJK Fest – mostly because this review isn’t about me. But you should know a few things:

1.) I actively seek to have excelsior taste in selecting music to drive to.

3.) I have been playing Analog Heart’s 6-song record, For Me This Time, repeatedly over the past few weeks to form an opinion for this review.

With that knowledge in mind, again, I completely f*@ked up. Roughly 200 miles from East Durham, New York to my place in Massachusetts and, were my head screwed on straight, this record would not have left my system.

Here’s why: As far as I’m concerned, the ideal music to play while driving can be pleasant to actively listen to or to have on in the background. It is entertaining to sing along to and, often times, is something you’re confident about playing while driving with or meeting up with friends. Most importantly, ideal music to play while driving incorporates elements that reel the driver into paying more attention to the music than to the road; real “woah!” moments as a result of the music rather than the narrowly-avoided carnage caused by driving like Mr. Magoo. For Me This Time ticks off all of these boxes.

Kicking the record off with “Who the Hell Are You?” gives a general, albeit accurate, representation of what a first-time listener can expect: fast-paced energy and song content that centers around matters of the heart. This is a fairly straightforward song with fun guitar licks sprinkled in among piano lines calling for a choir accompaniment and a vocal range that flows smoothly with the track while allowing room for frontwoman Liz Bills to show off a little vocal flair. Though the track sports fluctuating dynamics, rising and cooling off in intensity (much like the terrain that separates the Catskills from what seems to be the rest of the world) relative to the rest of the record, this song is arguably the weakest of the bunch. To start the list with the weakest song is, in my opinion, a strategy that is tactically employed. By this logic, the record should only get stronger; better. And it does. Oh yes. It does.

Now that the initial track has ended and listeners are contemplating whether they want to listen to the rest of the record, drums and guitar bloom with a cool, conservative groove that sounds absolutely nothing like what just finished playing. Thirty seconds into “Not Good Enough” and the chills reminiscent of Fleetwood Mac vocal arrangements are already doled out via dual melodic climbs and descents. This was certainly my first “woah!” moment. After the guitar explodes back in with tasty licks under the second verse and attention has zeroed back in on the GPS, the soundscape grits its teeth and growls with satisfaction from the keyboard and guitar harmonies, and again when the vocals stand solo after the bridge section. The howl to close the song is just climactic icing on an already freshly baked and sonically sweet lavacake.

“Generations” then walks in with cute and clever lyrics, assigning its subjects over a broad range of both friendly and adverse roles. An ode hearkening to the complexities between the old and the new, “Generations” embeds social critique into a bubblegum-poppin’ song.  Thinking about everyone else you’ve passed doing their own thing from the comfort of their driver’s seat, the track blends elements of fun and power nicely as the vocals step to the center spotlight for the most difficult vocal line on the record. (Side note: if you took my rhetoric about showing friends driving music and/or singing along with driving music to heart, be sure to keep these two separate. Trying to match the pitches here might cause you to lose a few friends).

Knocking the pace back without losing the groove results in “Lyin’”, an awesome tribute to seeing an ex at a party. Hand guiding the wheel down I-95 pushing 80 miles per hour demands that you bob your head to the smart melodic arrangement for the chorus. The harmonies under the title line bleed through and you’re swept up in it. Employing an organ in the bridge section adds such an excellent layer that helps to visualize a barroom as a feasible space for this track to color. Plus it’s just so rad to hear; it comes from almost nowhere but is absolutely called for. Between the soulful organ and the wonderfully mixed guitars, praise is certainly owed to the wizardry of Chris Piquette at No Boundaries Studios.

Finally emerging, the title track “For Me This Time” throws Bills back into the spotlight with marvelously vibrant vocals that run flush with the open-country guitar work. Doubling down on the surprise factor, the break into emphasis on the upbeats, tapping into a traditional reggae vibe makes for a sharp stylistic blend and an awesome addition in terms of variety. Much like a verdant respite through back-roads after many miles spent along a highway, the organ in the second chorus leads you right to that wide-open meadow and BANG: that break hits. It gels particularly well with its following chorus and one more recall to that swanky upbeat part before resolving and fading out.

Much like a long drive coming to a close, the album’s final track, “Toss ‘n Turn” applies the notion of being rendered mentally immobile just from perusing through the remaining tasks on your personal to-do list to a thunderous tune that leaves the listener feeling as though there were thoughts left unfinished about the drive; songs left unsung.

As much as I enjoyed the record, praise should not come without criticism. The vocal melodies are beautiful, as I’ve gushed over earlier, but some of the syllabic placement spills over itself, as is the case with the lines “specifically cause I know…” from “For Me This Time” and “you still gave me kiss-es” from “Who the Hell Are You?”. For me, these instances of lyrical arrangement feel robotic and forced. It may also be a striking generalization or as little as a personal preference but the apparent tradition of ending songs on their respective choruses seems to be a trait that is far too common across modern pop and doesn’t necessarily introduce anything new to contemporary musical climates. Most, if not all the songs here, however do seem to follow suit in ending after a chorus. Future compositions with these revisions in mind might yield much starker, more unique music.

There’s a reason I didn’t mention the bass with the rest of the closing comments. The bass licks on this record SLAP.

Aside from these observations, this record is super enjoyable to listen to. The little gems from the organs, the ceaselessly impressive vocal range, the tasteful guitar licks, and the classy foundational drumming indicate musicianship of the highest caliber and excellent, conscious songwriting skills. I’m excited to hear what else Analog Heart can throw at me to jam into my car’s system.

For more info on Analog Heart, visit their Facebook page or www.analogheartband.com