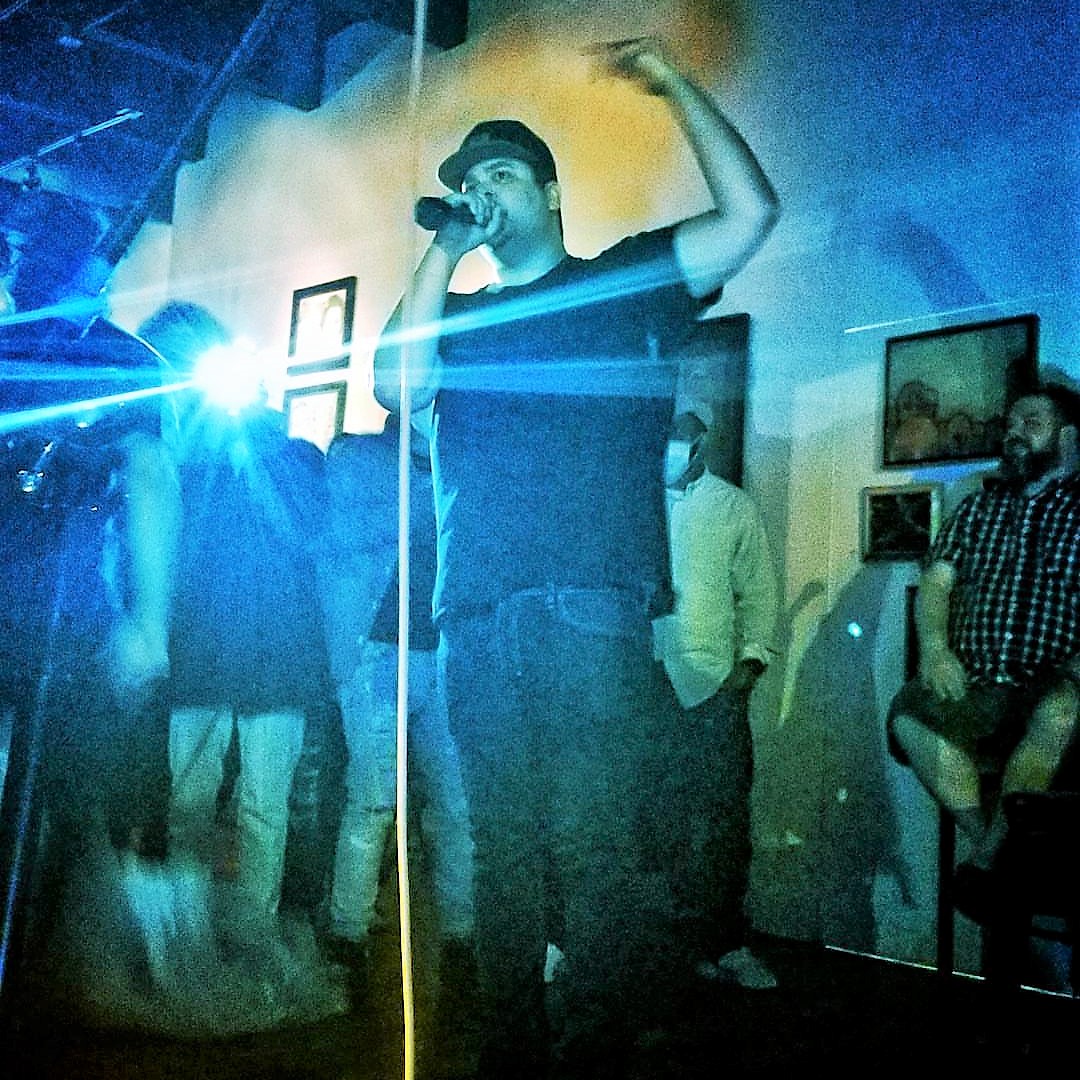 Combining elements of glitch, trap, ambient, and general noise, the paranoid and frenetic sounds of electronic trio Arty $lang are among the most distinct to come out of Lowell’s scene. Sounds that couldn’t be possible without the production skills of beatsmith and occasional co-vocalist Kofi Edzie, also known by the stage name and solo project MadHatter. He has also written articles on electronic music for websites such as Noisey and Thump. Clearly he knows his way around twitchy beats and foreboding synths, but can he answer…5 QUESTIONS FOR KOFI EDZIE

This is such a difficult question for me to answer, because I hate music. But a great album from recent memory is this record Whack World by Tierra Whack. She’s from Philadelphia. Her album is dope. It’s a really fresh take. It’s very inventive hip-hop.

Right now? If I was going to play a show, I think it would be amazing to play with Death Grips or like, Run the Jewels, Danny Brown? If we’re talking about whose playing my birthday party, I’d probably say Converge, but I’m in kind of a weird place.

I’ve been wanting to build a rocket ship, so I can, like, leave this godforsaken planet, but I have no idea how to do that.

Since I’m stuck here, I’ll be writing poems and a movie and, cooking. I’m interested in cannabis. And chess; I’m obsessed with chess. Before bed, I like to commit conceptual robberies. I plan and execute them in my mind. I’m so rich.

Probably all the music. If I could. I hate music.

5. Who is a big non-musician who influences your songwriting?
(This question is from the previous 5 Questions interviewee Phil Cambra)

Seriously? The themes I work with and, the way I construct metaphors, owe a lot to two poets: Harryette Mullen and Lyn Hejinian. Umm. Whoever invented pizza?

Their music can be found via their SoundCloud page.

Featured photo by John A. Knowles