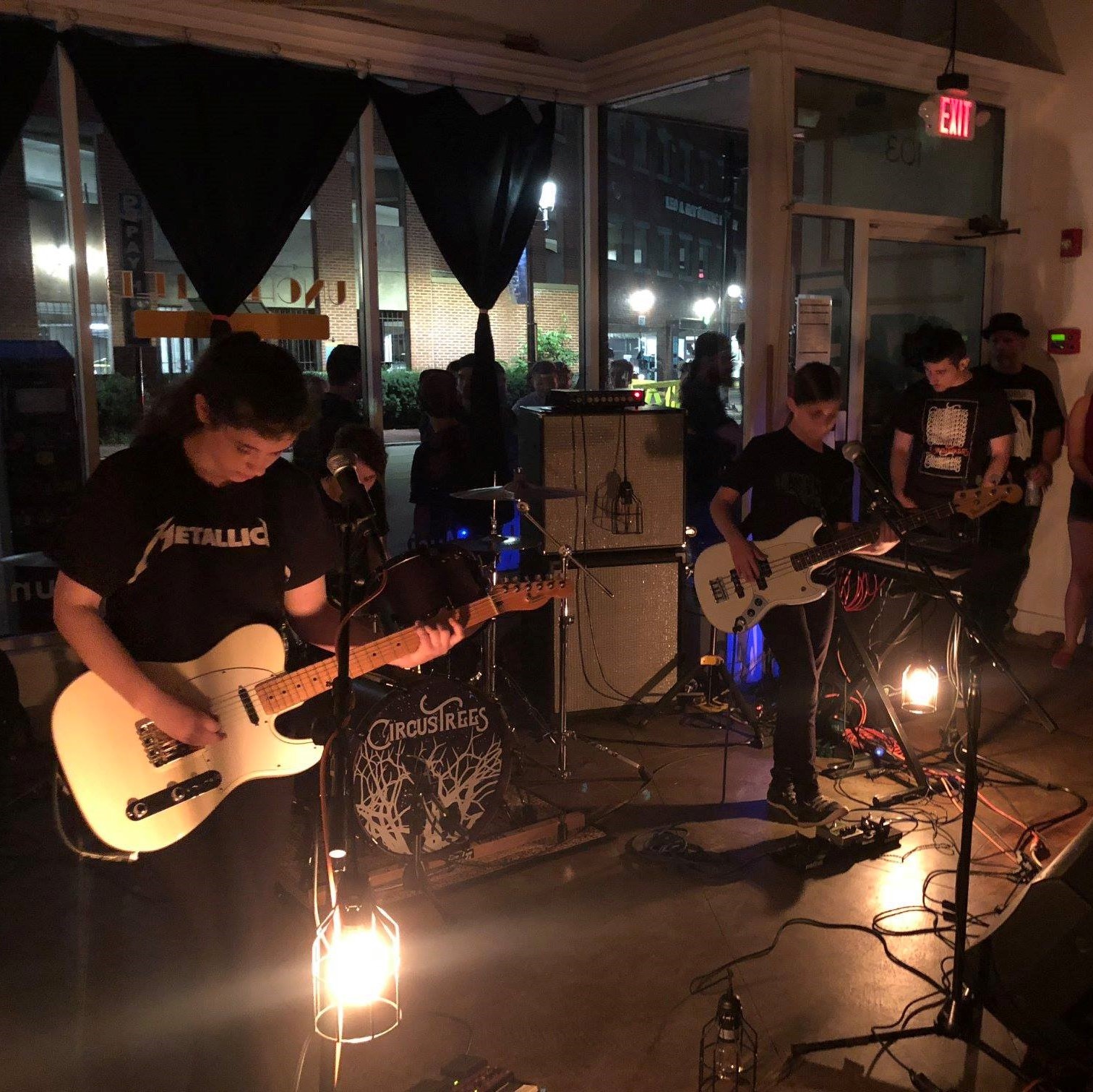 By Alyssa Vautier
In Features
on August 9, 20181 min read

Circus Trees, a fledgling Greater Lowell area band who’s getting it sorted early, has offered us the kind of density we’ve been looking for in their single release “Floating Still”. Though some members have only recently exited middle school, these beans are far beyond the lunch room. With studio time logged and shows lined up, they’re looking to forge on.

With progressive movements that allow for layered droning, this song creates a wall of sound you can cozy up with. It’s affectionate in it’s power; unrelenting as the video coils through cityscape. Each dynamic change is met with the kind of cinematic comfort you’d expect – a feeling of languishing. It’s disoriented at some of its peaks but never loses focus on maintaining a core heat to simmer on. This track is just plain yummy. You feel a sense of asking for another helping because even after eight minutes there’s still a chance for a complete momentum shift. It’s fuzziness reminds you of a neon colored stuff animal with fringe hair that felt great pressed up against your face, sometimes making your nose crinkle.

Exploring the broadness of their voicing is imperative to do at this age. There’s an openness, more oval in nature that prevails in it’s delivery. Some moments hold tenderness, shaken into flexible lilts. Creating a sonic vortex with such power behind it can be a daunting task for any musician, yet so well executed here.

Go listen to Impermanence too! It’s another feeling you can have!

Hear this song at their next local gig! August 16th at Uncharted in Lowell, MA with local friends Arlen, blindspot, & Horse Mode!