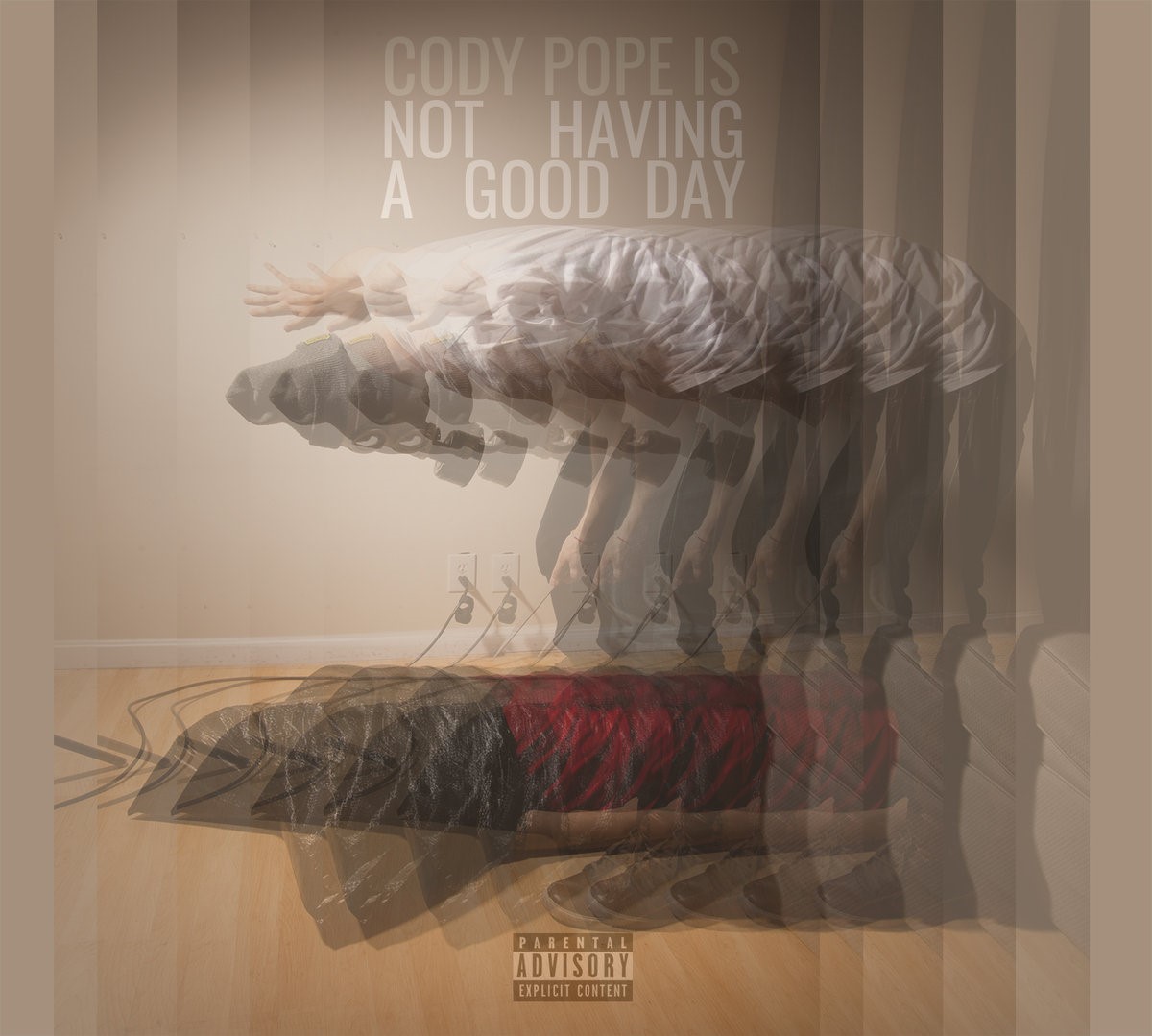 Cody Pope’s “Not Having a Good Day”

Nowadays, it’s getting harder and harder to find authentic rap without digging through Soundcloud for something that slaps with the sounds of the golden days of hip hop. As a fan of rap with substance, it’s been fun to watch Cody Pope of Nashua, NH grow into one of the premier artists in the New England region.

The latest release “Not Having a Good Day” from Pope is an eleven song journey that sees Cody drop some of his tightest bars to date. It features smooth production from 8BZA (Pope’s long time producer and partner in crime) which bleeds hard hitting east coast flavor. You won’t find any trap beats on this record but instead piano-driven classic boom bap which is a great change of pace from the current state of hip hop music. I got a chance to catch up with Cody to ask him a few questions about his latest record….

Lowell Spin: What is the genesis of this new full length record?

CP: “This new record really came from trying to shift perspective. Perspective both from the listener towards my music, and from myself outwards. It was really important for me to be clear that while my records do tend to touch on heavy subject matter or tough conflicts, the goal of the music is always to use that fuel as fodder, to use those obstacles to discover ways to overcome. Not Having A Good Day represents a shift in my mental trajectory, whereas it’s easy to recognize the things that have gone wrong and how much it has impacted me, but it is more difficult yet rewarding, to rise above these circumstances in order to truly carve a life for myself worth living. I hope this music can be a soundtrack for other people on this same daily quest or struggle.”

LS: What makes this release different than past releases?

CP: What makes this record different than previous records is a few different factors honesty. One is the technical space where we actually made the record. For those who know us, they know we tend to keep everything as in house as possible, from photos to recording to engineering etc. When we did my last record before this, “Empathy & Emptiness For Those in Empty Nests”, we did it all entirely at our own studio. The experience was amazing, but we had our partner Mertz on board to engineer the record, who is extremely wise and technically capable when it comes to Sonics and engineering, but our facility was a little more modest at the time we’ll say. After we completed that record however, Mertz ended up earning a Studio Engineer position at The Bridge Sound & Stage in Cambridge, MA. This really put a battery in our back seeing how far the record was able to take everyone with Mertz getting his new career in place, the producer of the record 8-Bza has gone on to get some wild features and placements with his production work, and I have seen my fan base grow immensely and travels expanded since that record. So it was a natural move for us to try this next record at The Bridge, in Mertz’s new home, in the house of great music minds like The Arcitype, Alex Allinson, and more. Legendary artists have worked there, from Dropkick Murphys, to Gucci Mane, Mackelmore, Devin The Dude, And many more. Between the access to new equipment, the energy of the new environment, and also the much more limited time schedule opposed to being in our own facility wherever we wanted, all played heavy contributing factors to the sound of the record. The second thing that made this record so different was in us as artists. We all felt wildly liberated and excited to try new things, switch songs in and out, and really be sure that the story of the songs feels as tightly woven as the sonic transitions between songs.”

Over time, Cody has branded his style of music as “Raw American Hip Hop” which I think is a perfect fit for what it is and “Not Having A Good Day” is a breath of fresh air to the rap genre. It’s been exciting to watch Cody Pope grow as an artist over time and after this release, the sky is the limit for Raw American Hip Hop.