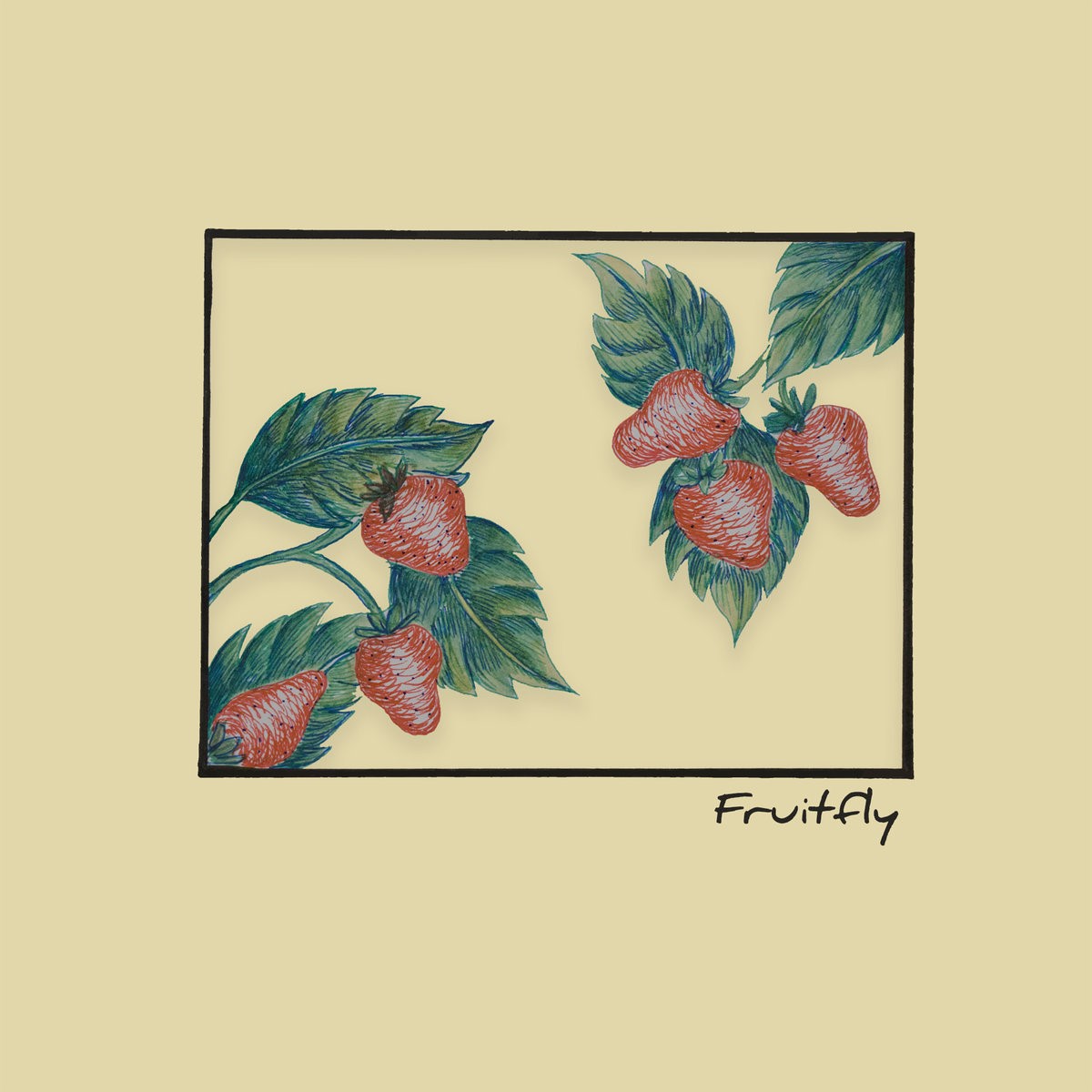 “Some ideas take more than twenty years to form,” sings Nathan Raymond at the hook of “Car in Neutral,” track four of Board Games’ most recent EP Fruitfly. It’s a song about the endless deliberations that come with having a whole life to plan for. Without a career or a confident way forward, every decision feels weighted, “like a little kid worried about whether or not he’ll let go of his balloon.”

But even while we deliberate and worry, life progresses in the short term, and we end up following a path forward before realizing how it defines us. Fruitfly is about looking in retrospect at the process of growing up, which seems to ignore what we actually strive for at any given time.

It’s odd that I get this interpretation more from the guitar than from the lyrics, but Raymond’s playing lays out the groundwork of every song. It’s his flitty, fingerpicked, string-bending style that defines the album; too messy to call graceful, but there’s a nimbleness in his hopscotch melody-rhythms, one that could only have developed from hours and years of practice.

Raymond plays like he’s trying to broadcast a thought he hasn’t fully worked out in his mind. You can tell his thinking is brilliant, but either he isn’t able or he doesn’t care enough to fully articulate the idea.

But this is all metaphorical, of course. Obviously his songs must’ve been rehearsed, and not just spontaneously performed on the recordings. The bass guitar and drums on Fruitfly were performed by Evan Kelley, and in contrast with the guitar, sound choppy and deliberate, like each hit was planned. Kelley plays complementary rhythms to Raymond’s parts, as if he’s trying to provide some basis to his guitarist’s eccentricities.

The planned rigidity of Kelley’s playing versus the spontaneous fluidity of Raymond’s: one tries to fit a structure around the other, and one seems naturally bound to allude easily discernible melody or rhythm. The songs on this EP are songs about making plans versus what actually happens day-to-day. “Baseball” looks back at how we don’t all “grow to be baseball players and astronauts,” despite how it might have once seemed. “Car in Neutral” looks to the future, realizing it’ll occur despite any sort of planning. It all gives way to spontaneity and everyday moments. – Tom Stevens

For more info on Board Games, visit: www.facebook.com/boardgamesband