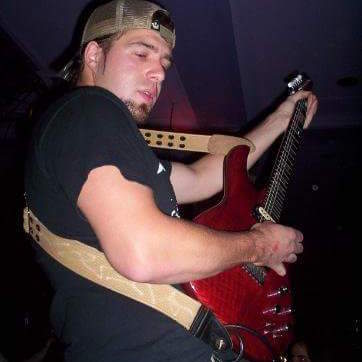 A Tribute to Danny Verissimo

It was a sunny afternoon, Wednesday April 20th, 2016. Seemingly no different than any other day. I was working the ambulance, arriving at an area hospital in the back with a patient when I felt my phone vibrating. “Seano”, my brother, popped up on the screen. I didn’t answer, the call I was on would be over in short time, and I’d get right back to him. Ten or so minutes later I was wheeling the stretcher back out to the truck, on the phone, waiting for Sean to pick up. He answered, it was immediately apparent from the sound of his voice that something wasn’t right. He started speaking. I couldn’t understand what was being said, that started to change. I felt this incredible sadness not experienced until that very moment as the words started coming in clear: “Danny V died this morning” Sean said, silence followed. He was 30 years old.

Dan came into my life when I was about ten years old by way of Lowell’s staple metal band Manifest. My brother Sean got involved with the group, and of course I’ve been looking up to him since I could see, so I took every opportunity to hang with the boys. Manifest got it’s feet on the ground and had a solidified line up: Ronnie Carignan on the microphone, Craig Mackland Rivera on bass, Anthony Funaro on drums, Sean Rohrer on lead guitar, and Danny Verissimo on rhythm guitar. The years that followed hold some of my best memories to date.

Manifest frequently packed a crowd at the Sugar Shack (rest in peace), and Club Fuel (now Gemstones). Each show followed by shenanigans that would include all the liquor in Middlesex county, and a 50/50 chance of burning the Dracut State Forest to the ground. Quite an interesting scene to find myself in as a preteen/early teenager. With everyone being on average 5 years older, I wasn’t in a great position to relate with anyone. Sean was definitely fed up with me most of the time, and I can’t really blame him. Who wants their chubby, noncompliant lactose intolerant younger brother following them around constantly? He put up with it though, and everyone in the band seemed to take some responsibility in looking after me. Responsibility is definitely a generous word to use, but you understand. I was never puking alone.

Dan in particular went out of his way to make me feel like I was part of the band. Giving me rides when Sean would take off before I could ask for one, inviting me to dinner with his then-girlfriend before load in at a venue, always taking time to hang with me between sets to make sure I wasn’t awkwardly standing alone. As an insecure boy trying to grow up double time to blend in with everyone, Dan made me feel like I was doing something right. I always struggled with being overweight, Dan would be quick to tell me that he was the same exact way when he was my age, and that I just needed to give it a few more years. I’d slim down like he did, and be mackin’ it with the ladies before I knew it. I needed to hear that more than anything at the time. Every part of me wishes I could tell him about the confidence he instilled in me during the most confusing periods of youth.

You’d be hard pressed to find a better rhythm guitarist in the area. Dan had this unorthodox way of holding a pick while playing, I didn’t know a hand could form such angles. But man, did it work. Dan would blast out a rock-solid chord progression while doing the machine gun with his guitar. Watching him and Sean lock into a riff together while seeing the audience explode never ceased to blow my mind. This incredibly talented band went from local venues to booking with touring acts. So badly did I long to share a similar experience while playing in a band of my own. I took notes the entire time through my eyes and ears, I consult them to this day.

It would be remiss of me not to mention Dan’s demented and at times cringingly inappropriate sense of humor, which everyone who mattered would revel in. In all honesty, a lot of the jokes and palling around that took place wouldn’t be suitable for the dark web. One could make an argument that the very act of me writing this would illicit a response from Dan that might go something like “Stop being a soft d**ked motherf**ker. People die every day and there’s nothing you can do about it!!!” most likely being followed by a joyful yet ornery laugh… it’s with a heavy heart that I can only speculate.

There’s no need to be cryptic or ambiguous about the cause of Danny’s death. We lost him to an opiate overdose on April 20th, 2016. It’s so easy for us as musicians to be exposed to, and use substances of all kinds. Being a member of the local scene for over a decade, I myself have entire weekends long lost to whatever came my way. We all know, or know of someone who is either fighting these demons, or has said enough is enough and departed from this dimension. A small part of me can’t help but feel relief for Dan and all the others who succumb. Everyone who becomes addicted to opiates makes that initial choice to get involved, but I’m convinced that most everyone doesn’t intend to become what they do. That stigma of being a “junkie”, I don’t wish that upon anyone.

A much bigger part of me knows these deaths are preventable, and more than anything I wish Dan was still here with us.

I write this sitting on the rear bumper of an ambulance that has carried me through more opiate-related calls than I care to count. In my experiences at work, in watching drug addiction tear through my home life and the local music scene, I have absolutely no idea as to how begin the process of prevention. I can only suggest that no matter how difficult it is, don’t turn your back on a friend, even when they’ve let you down a thousand times. Keep an eye out for eachother, express your concerns, and always remember the good.

I remember Danny V as a kind hearted old soul from the Spaghettiville bridge neighborhood, who picked up a guitar and started jamming with his buddies in a Centralville basement, who later went on to share the stage with national acts along side his brothers in the band Manifest.

May he continue resting in peace and power. –Seth Rohrer