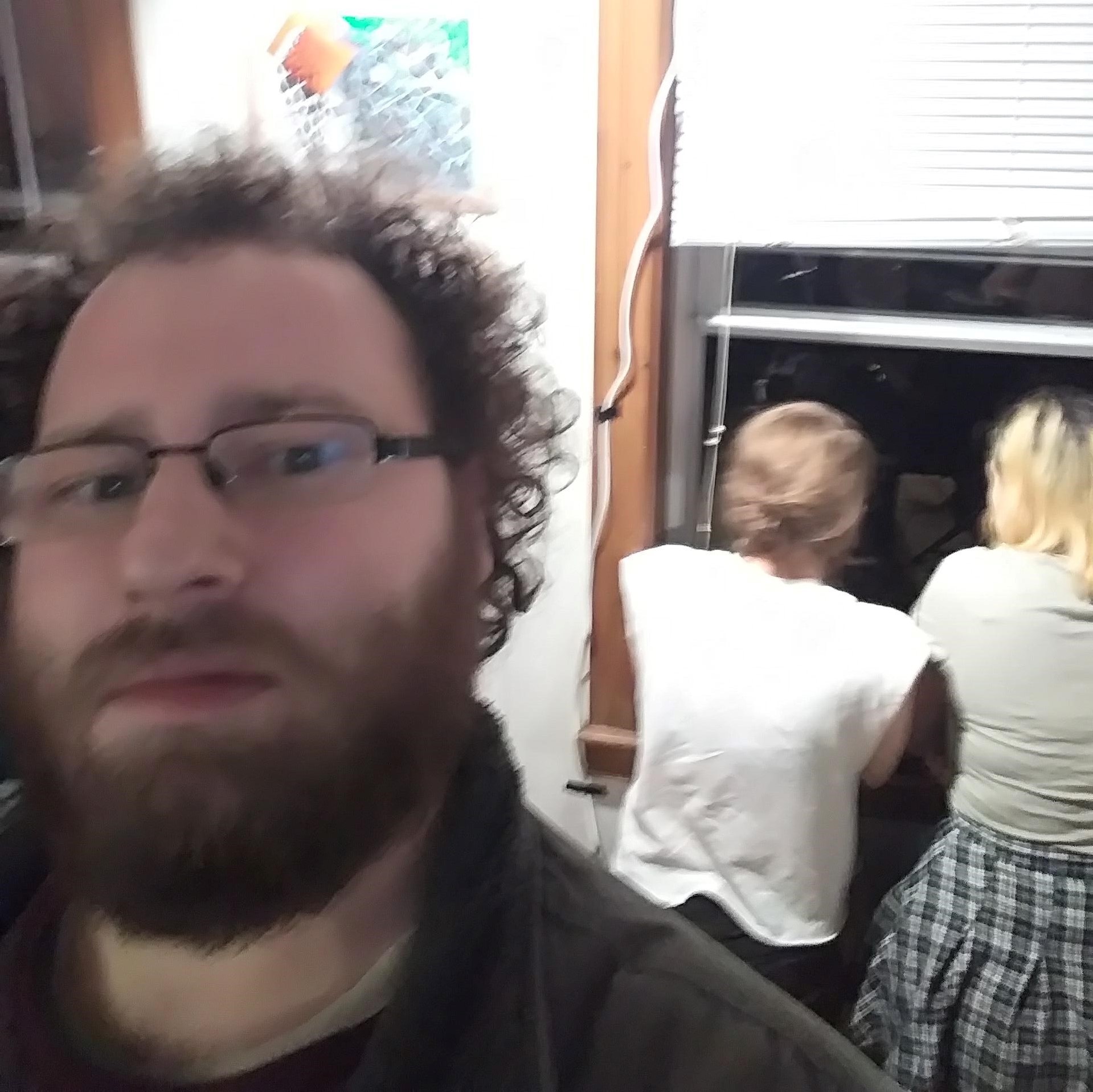 It’s so much later than it used to be and I just ate 3 hot dogs. Complete with bun and everything. So suffice it to say, boy what a night tonight ever was, and the show happened with …

Angelsbreath: Usually it’s really loud harsh noise but this time it was pretty mellow chill vibes. I like them both and so why wouldn’t you; you’re reading this.

Idol Brain: Apparently it was a tape release show for Jeff’s tape but nobody handed ME one. He played almost all new songs and oh baby don’t bother buying the tape because these new ones are even better!

Other Joliah: So much of a band and also people kept saying “math.” I don’t remember squat from trigonometry but there was a flautist in the band and they did a really good job.

Weather Is Happening: I am and have been re-evaluating all of my life and choices. Past, present, future, wake up; we’re all dying like almost immediately and it’s not funny and nobody’s laughing.

Arty $lang: These guys do what they want, and it’s great and never the same. They did that tonight and everyone was surprised, next time don’t show up expecting what it was the last time!

There was also an art show and Steph did art and had it everywhere, and it was art that was everywhere. One of them looked like a robot skeleton with a wig who was shooting a prism out of his nose. But I didn’t run that by anyone else before deciding that’s what I thought art was.

For more info on Other Joliah: No idea, they’re social media ninjas.

For more info on Weather Is Happening: www.facebook.com/WEATHERISHAPPENING