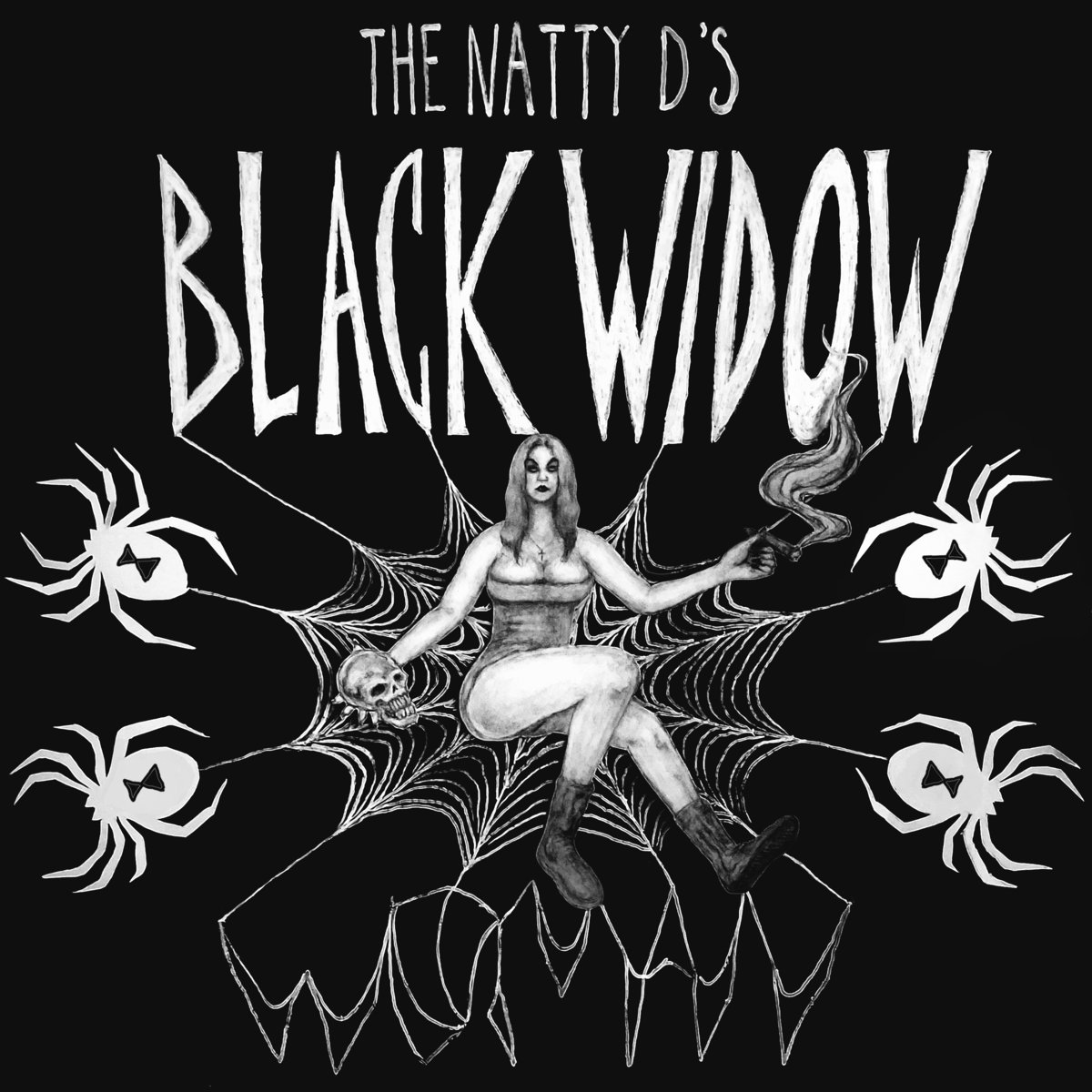 Billerica’s Natty D’s continue to “kick out the jams” with their newly released Black Widow Woman EP.  From one moment to the next, these 6 tracks take us from fist-pumping electric blues-punk to more atmospheric and psychedelic, and even macabre and spooky places.  As a listener, I went from feeling pumped up, to totally creeped out, back to feeling pumped up again.

The “kick out the jams” line in the first sentence of this review was taken directly from the Natty D’s description on their band-camp page.  It should be no coincidence that, “kick out the jams” is also the title of one of the most popular MC5 tracks. I mention this because the first couple tracks are rich with garage/proto-punk influences such as MC5, The Stooges, and The Sonics.  You get bottom-heavy fuzz riffs with some dirty shredding, back-beat driving drums that might make you want to dance just a bit, and a vocal style that’s reminiscent of both old blues singers as well as 90s grunge vocalists (a la Buzz Osbourne, a al Mark Arm).

The tone shifts a bit with “Pale Moonlight”, a slower psychedelic rock song with a more sludgy guitar sound.  The lyrics also take a turn for the macabre with lines like “I buried her bones today/ I watched her fade away/ Just like a ghost in a dream.”  Tracks 4 and 5 (Crypt Keeper and Spooky Jezebel respectively) continue the spooky/macabre vibe set in place with Pale Moonlight. Crypt Keeper serves an instrumental noise interlude into Spooky Jezebel, the creepiest song on the EP- with its noise, horror-movie style screaming in the background, an organ track, and more macabre lyrics with lines like “Her hair was dark as the cemetery gates..”

The closing track, “Open House Party”, returns to the blues and punk fueled garage rock we heard in the opening tracks- plus a fun rockabilly back-beat and a walking bassline.  The song seems quite literally about binge drinking at an open house party, which I admit sounds like a lot of fun- and a lot less creepy than the lyrical content on “Pale Moonlight” and “Spooky Jezebel.” The only thing creepy about “Open House Party” was the suggestion to “take a little whiskey and mix it with some wine” (yuck).

“Black Widow Woman” is, at its core, a rock n’ roll record.  Despite the moments of noise and various effects, “Black Widow Woman” appeals to the rock n’ roll purist.  In a world of genres and subgenres, where every musical style needs to begin with the word “post” and/or end with the word “core”, the Natty Ds have released a collection of 6 songs we can simply call “rock n roll.”  I will cheers to that (preferably with something other than a mixture of whiskey and wine). – Dave Boz

For more info on the Natty D’s, visit: www.facebook.com/thenattyds