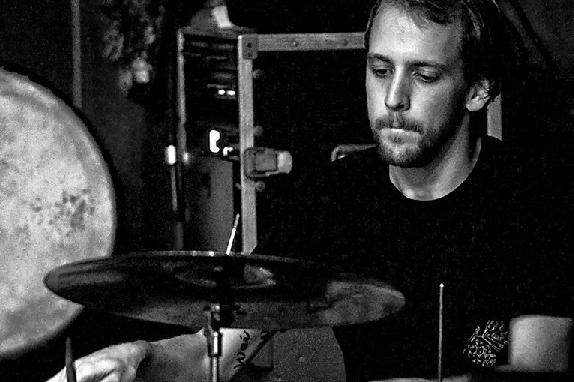 On Friday, May 11th, 2018, a whopping six bands will meet at Lowell’s premier local music venue UnchARTed Gallery for a night of fuzzy, garage rock bliss to benefit a beloved figure of the music scene.

Earlier this year, experimental musician Kevin Dacey (of noise projects AAYOTEE and Chill City Icon) underwent a heart operation which was succesful, but came at an exorbitant expense. A GoFundMe campaign to assist with the costs of appointments and surgery has (As of this writing) raised over $11,000, but still more needed to be done.

Now several of Lowell’s finest acts under the Sad Milk collective banner have come together to raise funds to help pay for the rest of Dacey’s operation. Originally conceived as a birthday show for musician Jimm Warren, the show has now expanded into a benefit show for Dacey, featuring bands who have previously collaborated or performed alongside Dacey and his various projects, including Big Mess, Metacom, PNDB, Squash, Table Trash, and Inspector 34.

“Love Kevin, he’s a great guy who I unfortunately don’t get to see a ton of anymore since he doesn’t live in Lowell anymore.” says Jimm Warren, the organizer of the event, and member of participating acts Squash, Table Trash, and Inspector 34.

“Basically when I saw that Kevin had to get this surgery, and that there was a crowdfunding thing to help pay for it, I wanted to donate a bunch of money but didn’t have a bunch of money to donate. I had already blocked off May 11th at Uncharted for my birthday but wasn’t sure what exactly to do with the date yet, so I figured kill two birds with one stone, I get to play music and have a big birthday show with my friends while at the same time raising money for another good friend. Everybody wins!”

The show will begin directly at 8:00 PM, with a $5.00 cover, with a Facebook event linked here. Further donations are also welcome, the proceeds of which will go directly to pay the remainder of Kevin Dacey’s heart procedure. The original GoFundMe site is still operational and accepting donations as well.

Dacey’s latest project AATOYEE also has a new experimental LP available to purchase at their BandCamp page, titled A Sonic Collaboration of the Dear, Near and Far, released earlier this year.