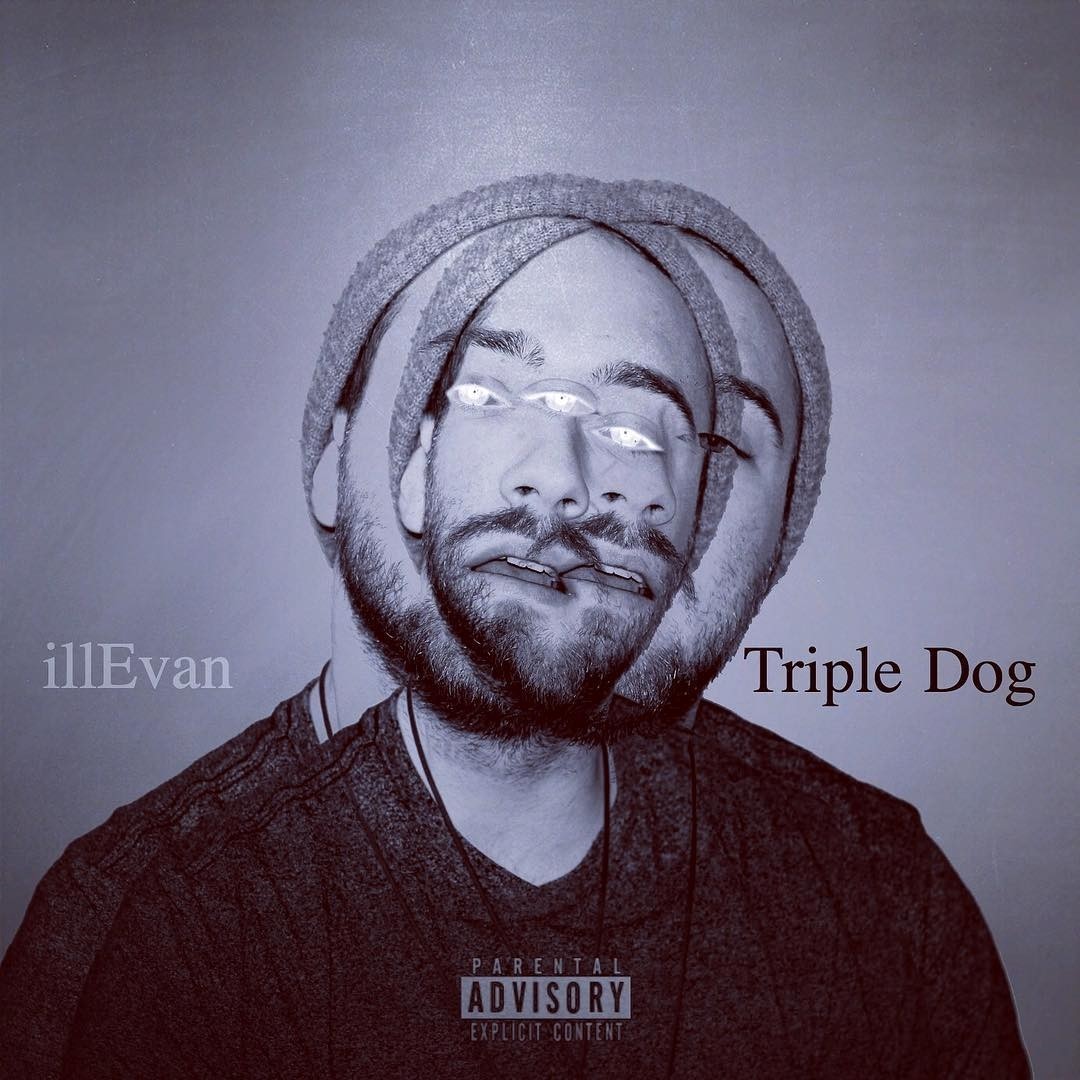 Billerica native illEvan is flying solo on his most recent EP Triple Dog, the cover of which features a kaleidoscopic photo of the Ill Supreme member, which all too appropriately makes him look as though he has a third eye. From the moment you hit play on the EP, this imagery takes on a new hidden meaning, in the form of hazy, psychedelic sounds not so widely heard in modern hip-hop music. Against a backdrop of bleary-eyed, frequently hallucinogenic trip hop atmospherics (Reminiscent of all the best production values of DJ Muggs of Cypress Hill) illEvan drops lyrics and flow harkening heavily to the old school, with a breezy, free-wheeling delivery like an otherworldly take on Tyler The Creator meeting The Orb.

Tracks like “Eyes Peeled”, and the title track “Triple Dog” run the gamut of moods from relaxed to nihilistic to avant-garde to political. The highlight of the EP by far is the opener “Let’s Just Get High”, which is the kind of chilled out, nebulous joint (No pun intended) that brings about images of deep, philosophical (And paranoid) discussions from within a room filled with thick plumes of smoke. Triple Dog may only clock in at a scant twelve minutes, but that’s more than enough time for your third eye to be properly squeegee’d. – Lee Martin

You can find more info on illEvan on his Facebook page: www.facebook.com/illevan12