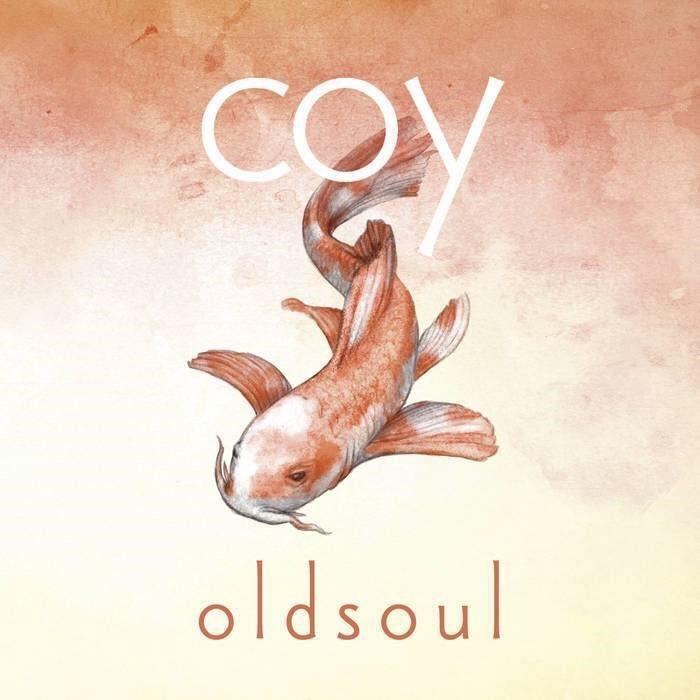 In terms of high-energy live performances, oldsoul consistently delivers. With their newest release “Coy”, the band captured that very same spirit in a tightly-threaded display of melodic indie rock.

Putting “Coy” on the speakers feels like being the audience for a private performance. The clarity of elements—often the songs will roll into complex harmonic sequences sometimes muddled in underground recordings—are a testament to the album’s crisp production and the band’s delivery.

Between the three years between their last EP “Loverboy” and 2018’s “Coy”, the band vocally and instrumentally found the particular space they were seemingly seeking to inhabit. While “Loverboy” was a quality welcome mat to oldsoul’s sound, “Coy” is a Persian rug of complex patterns sewn together in an almost surreal depth of compositional chops and emotional multitudes.

Between the two releases, vocalist Jess Hall took a step further into the limelight. In “Loverboy” her voice was more like an additional instrument, whereas in “Coy” she almosts commands the band to follow her every move as she dances from crushing passion in “Slow Down, Senpai” to the somber near-whisper of “The Sun, the Sun, the Sun”.

Hall’s voice is singularly her own, and “Coy” is evidence she’s stepping deeper into her own skin. Her screaming vocals sound like no other female singer (at least to my ear), and that identity runs through all of Hall’s varied numerous vocal expressions.

Compositionally, much of “Coy” is linear—more often two verses are not played the same, with new phrases at every turn to keep the ear enraptured throughout each song. Because of this, the record has serious replayability. The interweaving guitar lines and melodic bass, quite simply, tell their own narrative alongside the lyrics, picking you up in a bear-hug of layers and placing you down in an altogether different space.

Chris Henault’s drumming adds a surprisingly deep melodic and thematic element to oldsoul’s music. Simple when it needs to be, with no shortage of dramatic fills and accents, keeps the melodic complexity of “Coy” in context throughout.

In many ways, “Coy” feels like it will break the band into a larger audience. For musicians and the layman alike, oldsoul’s newest release—put out by Counter Intuitive Records—tips its hat to melodic rock while paving its own way. Further, this isn’t an album you put on once and go about your day, but a journey through a band’s further ascension, and labyrinthine depths of melody, emotion, and beauty. – Al Gentile