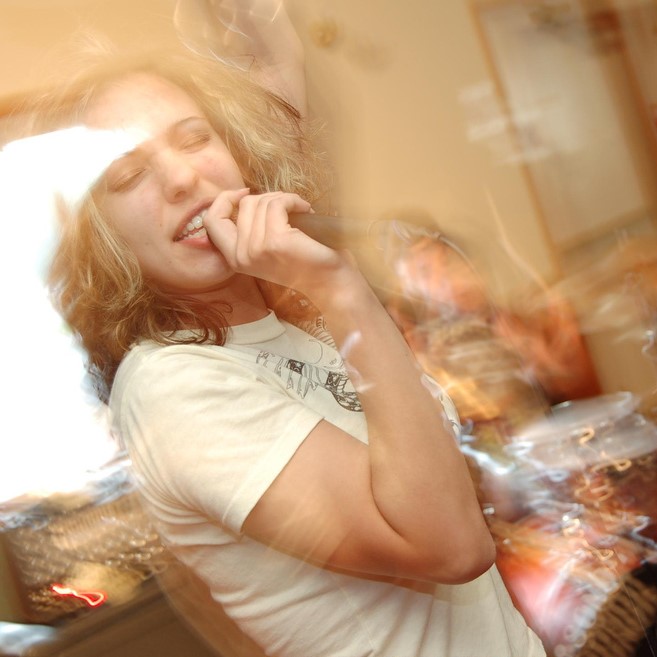 I can distinctly remember the day I came across the band Lucy Grace. As a young neophyte to the local music scene, I used to frequent the many shows held at Billerica’s Masonic Temple Hall. However, a few years later, having felt somewhat grown out of that scene, I left those hall shows behind. One night I drove by the Masonic and noticed a crowd of youths standing outside, and I knew instantly there must be a show. Having newly started a record label, and with a curious mind, I decided to pop in, though not expecting to hear anything extravagant… little did I know I was about to be very wrong.

A young high school band, primarily from Tewksbury, was just starting their set at their very first show. Stephanie Seeliger’s voice was instantly one of the most polished and powerful voices I had ever heard at a local show (to this day one of the best singers to come out of the Lowell region in my opinion). The unity between bassist Mike McDuffee and drummer Joey Campbell was something reminiscent of Rage Against The Machine (albeit much less angry), and the guitar work of Mike Fotti and Al Carpenito allowed wonderful trade-offs between power chords and beautifully crafted melodic riffs.

Lucy Grace first released a 3-song untitled Demo in the mid 2000s (a rare commodity even back then, which I’m lucky enough to still possess) which they gave away at their shows till they inevitably ran out. This was followed by their one and only 2006 full length And The Free Fall That Made Her Famous, a heart pounding 9-track thematic album about a girl named “Lucy” who decided she wanted to run away to a new destination; a fitting theme for the band providing a foreshadowing of the various location moves by the original members post-breakup.

Soon after the release of their full length, original guitarist Al Carpenito departed from the band which led to a final 3-song EP written by the remaining four members, 2007’s No Pants. They continued to write and tour but again faced a departure as original drummer Joey Campbell left the band. Despite continuing on with replacement guitarists and drummers, the band continued to write and tour though a final breakup would occur before any more official releases. While the band’s final shows somehow did not capture the same magic of the original lineup, one might say it was the youthful spirit of Lucy Grace that made them so great which led to their eventual end as the members grew apart within their personal music journeys.

Lucky were those who were present to witness one of the best bands to come out of the Billerica/Tewksbury/Lowell region. While most of the CDs are long gone and music streaming services were not as prominent to capture the band’s catalog, there is one YouTube video which still exists for the song “Chou Chou” off of the band’s No Pants EP. Look for it posted below along with links to the current known projects of former members. Enjoy.  – Joel Gray