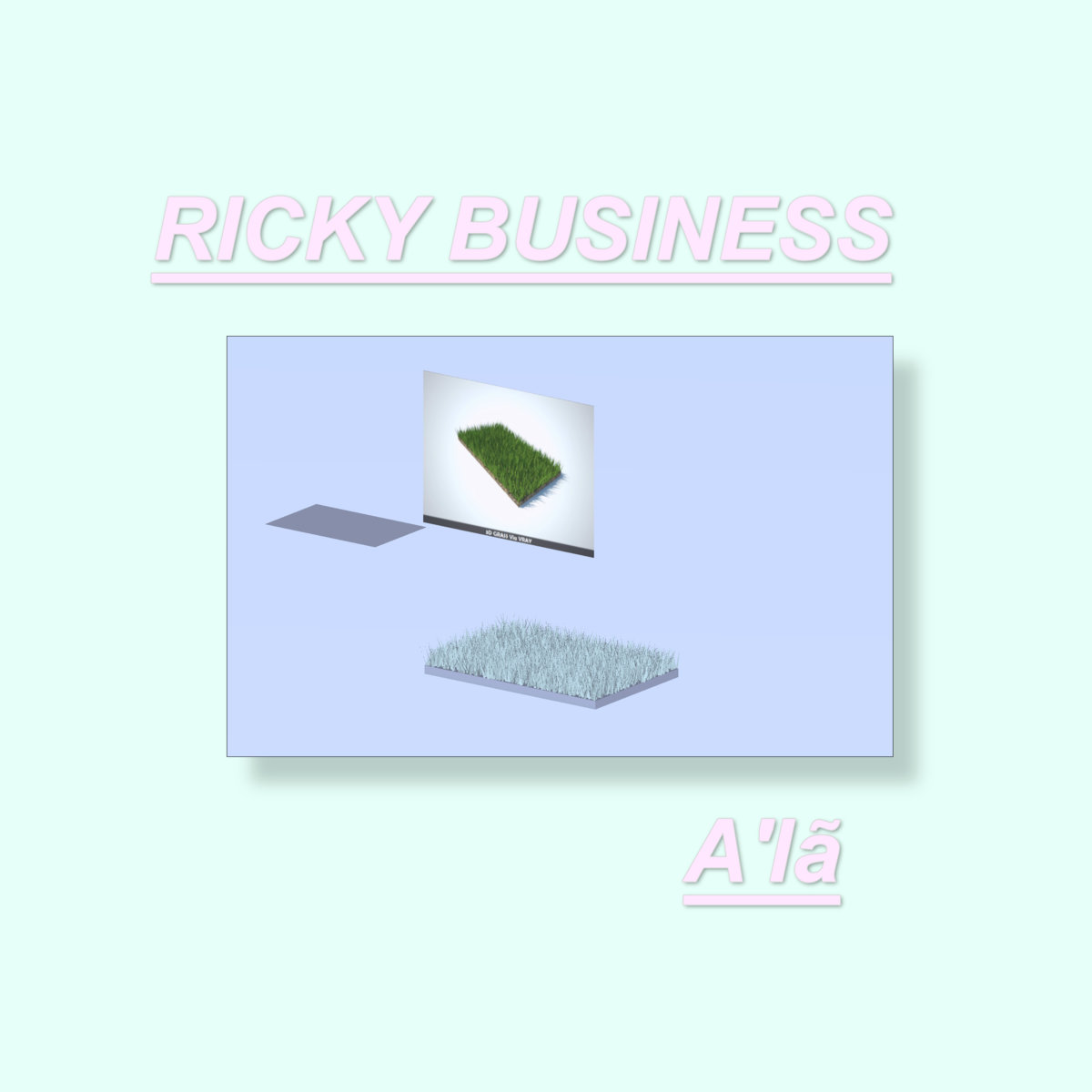 Lowell electro-songwriter, Ricky Business, gives shape to his own restless self-examination. He has left a note on his Bandcamp page, just under the six-song track listing for his January 28th, 2018 release, “A’la”: “My philosophy of A’la is an exercise in imitation to evoke self-discovery.”

Anyone who’s ever tried to create art for an audience has probably met with this problem of how to create something truly original. Our culture is hyperfocused on the difference between original art and that which was copied. It’s clear that Ricky Business has wrestled with the problem of originality. At first, the statement feels like a disclaimer, as if Business was worried that he’d be ‘found out’ to be mimetic and unoriginal.

A’la is a mix of electronic synthesizers and real instruments. The songs are experimentally formed, but without totally ditching the traditional verse-chorus structure, and the turns they take will genuinely surprise you.

A’la begins with the track Simonè, two minutes of anxious ambience created entirely out of sound samples from Paper Mario 64. Is that what they meant by “imitation?” The first real song on the record is Mommy. The song’s computer-generated complexion is what grabs listeners’ attention. The unsteady hi-hat rhythm makes the song seem as though it might collapse at any moment. Then, a didgeridoo-esque synth begins the melody, but it’s a false start, and in comes Ricky Business. “My friends are here,” he sings breathily and echoed-out—or is it “My friends aren’t here?” As it turns out, it’s the latter. Throughout the song, decipherable snippets of the lyrics make it up through the ridged soundscape which grows cacophonous towards the end of the song. The true nature of the song, which would be nervous and vulnerable in its bareness, is covered up with almost atonal sounds, but it’s this soundscape that guides the song through its changing moods and makes Ricky Business suddenly sound confident when, at the end, he sings, “No, I won’t be afraid.”

His newfound confidence carries over into Dark, one of the strongest songs on the EP. The complex soundscape and tripping rhythm are still present, but they’re not as overwhelming as they were in Mommy. Business’s melody and lyrics are center stage, and they move gracefully over swelling chords which, in retrospect, led exactly where you’d hoped they would. To return to the problem of imitation and art, the vocal style, production, and synth tones in Dark are reminiscent of Porches, the indie-rock-gone-electro-pop project of Aaron Maine. Maine’s music is unique for the way it melds sad, vulnerable singing, and washy chords with dance-able beats and production. It’s hard not to hear Porches’ influence in Ricky Business, but comparing the two reveals a refreshing difference in the attitude of Ricky Business’s “A’la”.

Maine has created a persona out of himself that mirrors this musical juxtaposition. He pushes a flamboyantly effeminate style—dubbed “queer sensibility” by an article Out.com wrote about him. Porches’ lyrics make deliberately obfuscating statements about seemingly mundane things, as if they’re intent on being totally inscrutable. Ricky Business’s music, on the other hand, is unassertive and explorative. He’s unsure of what he wants to say even as he says it, but there are questions brooding in his mind without answers. Business broods on the sensitive problems of everyday life; anxiety, heartache, difficult relationships, and ennui. The response isn’t often a solution, but a shift in perspective.

In the track Indifference, Ricky Business sings: “Change your eyes, not what you’re doing.” The song’s about feeling “stuck, uncut,” and unable to find a fulfilling way through a world rife with possibilities and delicate hurdles. The song closes out with “Check a map and our privilege / and the box under ‘Well, what’s the difference?’” It’s the spirit of self-discovery in A’la that keeps it interesting and genuinely surprising. Ricky Business may have started producing this EP by imitating other artists, but he proceeded with a creative sense of curiosity, and came out with a unique and emotive record. – Tom Stevens