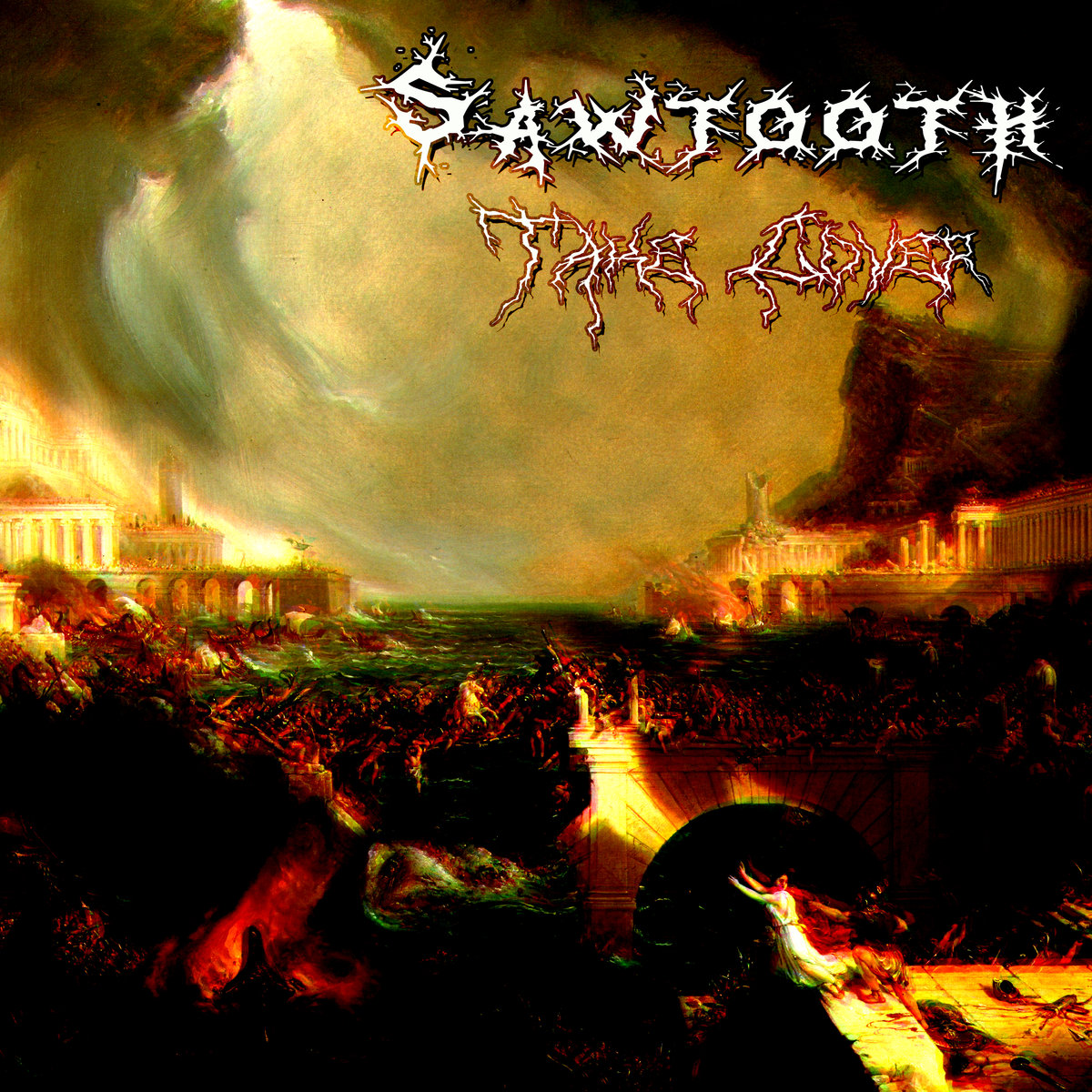 By Luke Pelletier
In Reviews
on December 5, 20172 min read

It’s 3:12 a.m. as I write this. The lamp I am typing this out next to is only bright enough to illuminate the corner my desk occupies; the wall opposite me is sheathed in dark. The light is clear enough for me to work, but dim enough to make me wonder what might be waiting at the other end of the room, what might lie in its shadow. If that question is to be answered tonight, it seems only fitting that it be done so to Sawtooth’s most recent EP release, Take Cover.

A wildly prolific DJ, Sawtooth possesses an essence so organic it can be traced through his discography.* Take Cover is surely an interesting addition to this collection. Perhaps the first thing one notices about this record is that it features three cover songs, two of which are originally by artists notorious for their grotesque styles. As such, the songs are already sufficiently eerie enough to blend with the spirit of Halloween. But Sawtooth’s touch incorporates a haunting industrial vibe to pre-existing fright, and for this I applaud him.

I also admire the fact that he does not drift too far away from the original songs’ respective paces. Where a conventional DJ might cut up songs to fit a quicker tempo, Sawtooth’s innovation stays true to the original grooves. Further, Sawtooth emphasizes the beats, but adds a drony and suppressed yet abrasive twist to the vocals, thus serving up mixes reminiscent of post-apocalyptic doom. And it is perhaps this that I dig most about the record: in tandem with the music, Sawtooth presents himself as a wizard with manipulating time.

It is certainly one thing to make the 5/8 riff featured on QOTSA’s “Hanging Tree” into a dancier 4/4 beat, but I’m referring the way Sawtooth alters the time period that the music seems to represent. Whereas the original track calls to mind freight trains en route to Hell amid industrialization of years past, Sawtooth’s glitchy and ethereal take on Tom Waits’ “Earth Died Screaming” suggests ominous scenes embroidered in the future. Sawtooth’s take on the Klinik’s club anthem follows suit with its cyber-horror vibe, leasing out notions of chaos and seduction to come as opposed to cavorts recounted. And where Queens of the Stone Age’s progressive lude-fueled “Hanging Tree” sounds more or less like a manic toy left to the anomie of contemporary confusion, Sawtooth’s vamp translates it into a manifestation of a 1980’s thriller flick, baring a grisly boundary between nostalgia and fear.

For a three-track collective of cover songs, Sawtooth had my ears piqued and my nerves quivering the whole way through. As an avid Tom Waits and Queens of the Stone Age fan, I was excited to delve into this work, I back the creepiness and I’m waiting impatiently for more. Don’t sleep on this record, you might not wake up.

*Sawtooth actually released a compilation of projects he had constructed from 2003-2011, admittedly with having very little initial know-how and mainly learning as he went. With a record of nearly all of his work, it’s really cool to be able to listen to Sawtooth genuinely experimenting with soundscapes right up through the present.  – Luke Pelletier

You can catch Sawtooth live spinning some tunes along with Big Time Kill / Arty Slang / Ukuphambana at UnchARTed in Lowell, MA 12/8